Posted on October 17, 2016 by Annette Oppermann

To the question of how many cello concertos Joseph Haydn left us there have been startlingly different answers in the last 200 years: Haydn’s own works’ catalogue of 1805 lists three concertos; in the 19th century the number grew to eight before it was reduced in the 20th century to those five found in Anthony van Hoboken’s catalogue of Haydn’s works. But our Urtext catalogue records only two! Why’s that? The short answer is that our Haydn Urtext Editions go back to the complete edition, Joseph Haydn Werke – and not only to what is printed, but also to what is not printed. The long answer provides an insight into a special area of Haydn research, the issue of authenticating the works dealt with under his name. 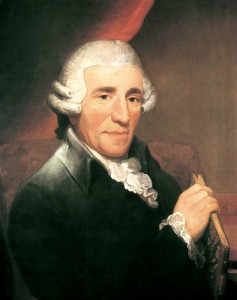 For with Haydn this authenticity issue is so much more prevalent than is the case with hardly any other of the great classical masters for two reasons, in particular: First of all, in his long composing life Haydn created an extremely extensive oeuvre that was for himself difficult to catalogue later; today this oeuvre is not extant in autographs mostly, but only in copies or later prints. Secondly, from the 1780s at the latest Haydn’s fame was so great that his name had become a selling point. So it’s no wonder then that canny publishers sometimes changed the composers’ names on the covers of string quartets hot off the press to Joseph Haydn (the French publisher Antoine Bailleux verifiably did this to the quartets “op. 26” composed by Roman Hofstetter!). Whether from deliberate falsification or by mistake or ignorance – more and more works of doubtful authenticity showed up under Haydn’s name in the course of the 19th century. 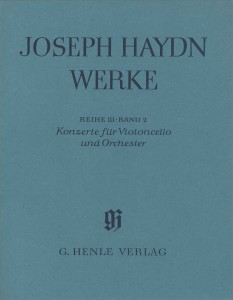 The authenticity issue became most urgent at the latest with the “First Critically Reviewed Complete Edition” of the works of Joseph Haydn, initiated by Eusebius Mandyczewski in 1908: For included now in a complete edition were to be only the authentic works! Whereas this first complete edition and another begun in 1949 by the Haydn Society of Boston-Vienna fell through after a few years, the Joseph Haydn-Institut in Cologne is still after 60 years very successfully committed to publishing the works of Joseph Haydn – and thus not just tracing and evaluating all the sources of Haydn’s works for the edition, but also critically examining all the traditional works appearing under his name.

And that also goes for the cello concertos, sparing no doubts in the meantime of even the demonstrably authentic works such as the famous D-major cello concerto Hob VIIb:2: Wasn’t its solo part so perfectly matched to the contemporary cello technique simply “too good” for the non-cellist Haydn?

So coming into play in 1837 was already Anton Kraft, one of the two cellists in Haydn’s Esterhazy orchestra – and his composition pupil as well! We now know that in his concerts Haydn could co-ordinately pinpoint on a daily basis the competence of his orchestra musicians, whether it be a Luigi Tomasini on the violin or Anton Kraft on the cello. And the source situation leaves us here in no doubt: The concerto not only exists in an autograph, but also in one explicitly going back prior to the first edition of 1804, and it is listed in the so-called Haydn-Verzeichnis (Haydn Catalogue) created for Haydn in 1805 by his copyist Joseph Elßler.

The C-major concerto Hob. VIIb:1 listed first in the Haydn-Verzeichnis is also certainly authentic, but for 200 years it was known only in these two measures, since neither score nor parts for it were extant. It was not until 1961 that a set of copied parts matching this work entry was found in Southern Bohemia. A sensational find ever since enriching the cello repertoire that is of course also in our catalogue.

No score is likewise extant for the C-major concerto listed third, but here we unfortunately also have good reason no longer to await it, for most likely this entry is an error, as Sonja Gerlach explains in her critical report for the cello concertos in the complete edition: The incipits of the two C-major concertos nos. 1 and 3 are very similar up to the syncopatedly-highlighted destination tone f1 – and after 60 years of source research in the Cologne Haydn-Institut, we must state that it is highly unlikely that Haydn would have written two concertos for the same instrument in the same key with such a similar theme in the first movement. 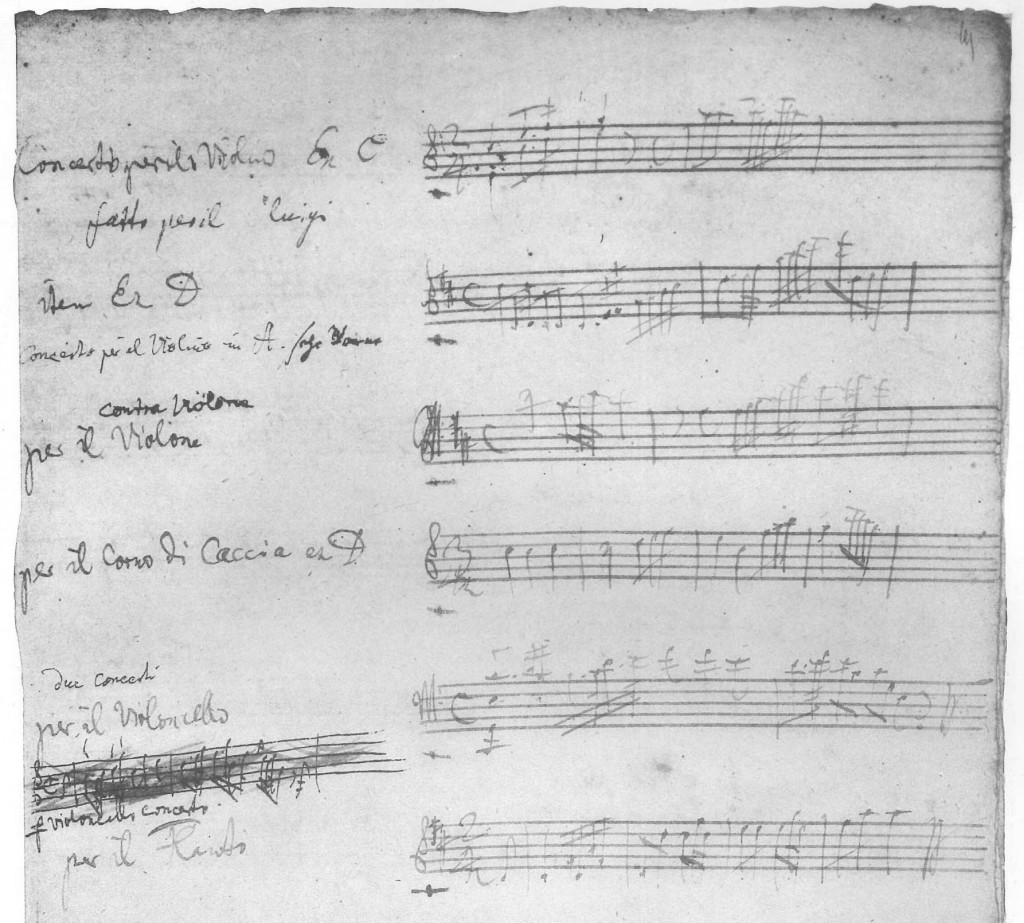 Doubt is further nourished by the odd form of the entry in an earlier works’ catalogue done by Haydn himself. There initially the entry is in the wrong spot (with the baryton trios), then it is indeed transferred to under the heading “concertos”, though crossed-out again there. So, could it be that from memory and hence inaccurately Haydn recorded here the C-major concerto no. 1 a second time by mistake – and this entry was only mistakenly transferred to the later Haydn-Verzeichnis by his employee Joseph Elßler?

Haydn’s cello concerto counted today as no. 4 is not in fact in either of the two works’ catalogues, but has come down to us in four copies and gained the popularity still continuing today from its 1894 publication in Friedrich Grützmacher’s “Hohe Schule des Violoncellospiels“ (Premier School of Violoncello Playing). Yet doubts also arise here: Only three of the four copies bear the name Haydn, one is attributed to a “Signore Costanzi”. The ratio 3:1 seems initially to refer clearly to Haydn, but exact comparison of the three Haydn sources brings to light so many errors in common that posited can be a common model — making the ratio now only 1:1. And then it is crucially more likely that the work of a “Signore Costanzi” was wrongly attributed to the famous composer Joseph Haydn, than vice versa. Also musically, the concerto shows a few peculiarities not suggesting Haydn: Whether it be technical compositional weakness like obscuring the melody by frequent voice crossings or the unusual key of the slow movement, in D major’s parallel minor, thus b minor – whereas all the middle movements of the 19 demonstrably authentic Haydn concertos are in the dominant or subdominant.

And so the concerto no. 4 is not to be found in our catalogue any more than is the somewhat curious concerto no. 5 that David Popper published in 1899 with Ries & Erler in Berlin, “executed from a sketch by Haydn”. Despite intensive investigation, Haydn research in the last hundred years has not been able to discover any such sketch – raising at least a hint of doubt that this ever existed. But it hardly matters ultimately, for the realised score is in its romantic orchestral sound Popper at its purest – under Haydn’s name you probably ought  to expect from Henle only the sketch if, though, one of these days it is still to be found ….