Posted on November 14, 2016 by Norbert Müllemann

Many Urtext enthusiasts will already have noticed in 2014 that the G. Henle publishers are now also exploring the “pre-Bachian” period. Appearing that year was an edition of Johann Kuhnau’s complete works for keyboard instruments. Admittedly, Kuhnau is not all that far removed from Bach, being only 25 years older and also his predecessor as cantor at the St. Thomas church in Leipzig.

Now, however, we are venturing further back in music history and presenting for Johann Jacob Froberger’s 400th birthday an anthology of his selected works for keyboard instruments. Froberger (1616–1667) was of crucial significance for the development of “clavier” music and for the genre “suite” in particular. Today he still enjoys a legendary reputation although (or just because?) we know little about his biography. Born in Stuttgart, he was educated at court in Vienna. Froberger made several trips to European music centres, but his most important position was at the Viennese court during the time of Ferdinand III. He dedicated to the emperor those two magnificent autograph manuscripts titled “Libro Secondo” (1649) and “Libro Quarto” (1654). Two other autograph collections are indeed extant (one first surfaced in 2006!), though there is no trace of a “Libro Primo” or “Terzo”. Another factor that strengthens the mystery surrounding Froberger and his work.

Our Froberger selection is based solely on the “Libro Secondo” of 1649 and gives an example of each of the genres gathered there: a toccata, fantasia and canzona, together with the variation-cycle suite “auff die Mayerin”. Nowadays, fortunately, anyone interested can view the autograph source, for the Austrian National Library has made available colour scans of the “Libro Secondo” on its website. The splendidly ornamented title page and the caption titles with decorative initials do not in fact stem from Froberger, but from an illustrator, though the composer himself did write the music text down in admirable calligraphic clarity. A real feast for the eyes!

Also a real feast for editors – so I as house editor of our guest editor and acknowledged Froberger specialist, Peter Wollny, had the pleasure of convincing myself. Froberger’s autograph is virtually without error and always easy to read. Problems of readings that are a daily routine we have to face in our Urtext editing hardly ever arise in such a source. An easy exercise, you might think.

The fact that the Froberger birthday edition nevertheless requires an Urtext commentary is due mainly to the enormous temporal distance of 400 years needing to be bridged for a modern edition. For Froberger’s autograph notation differs greatly from that of our current practices. Serving as illustration are the two examples below: The opening of the toccata and fantasia found in our edition according to both the original source’s notation and that of our Urtext edition. 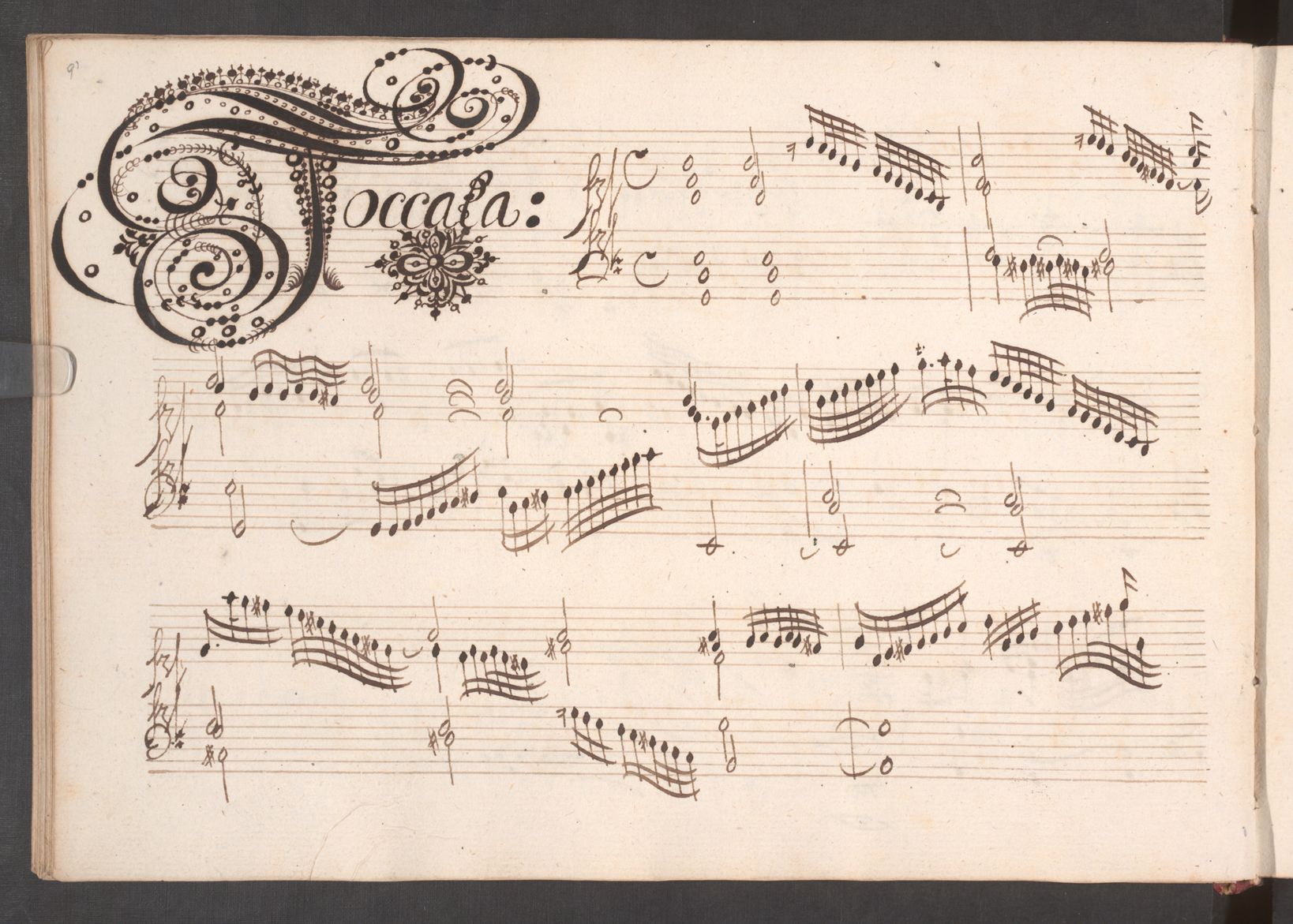 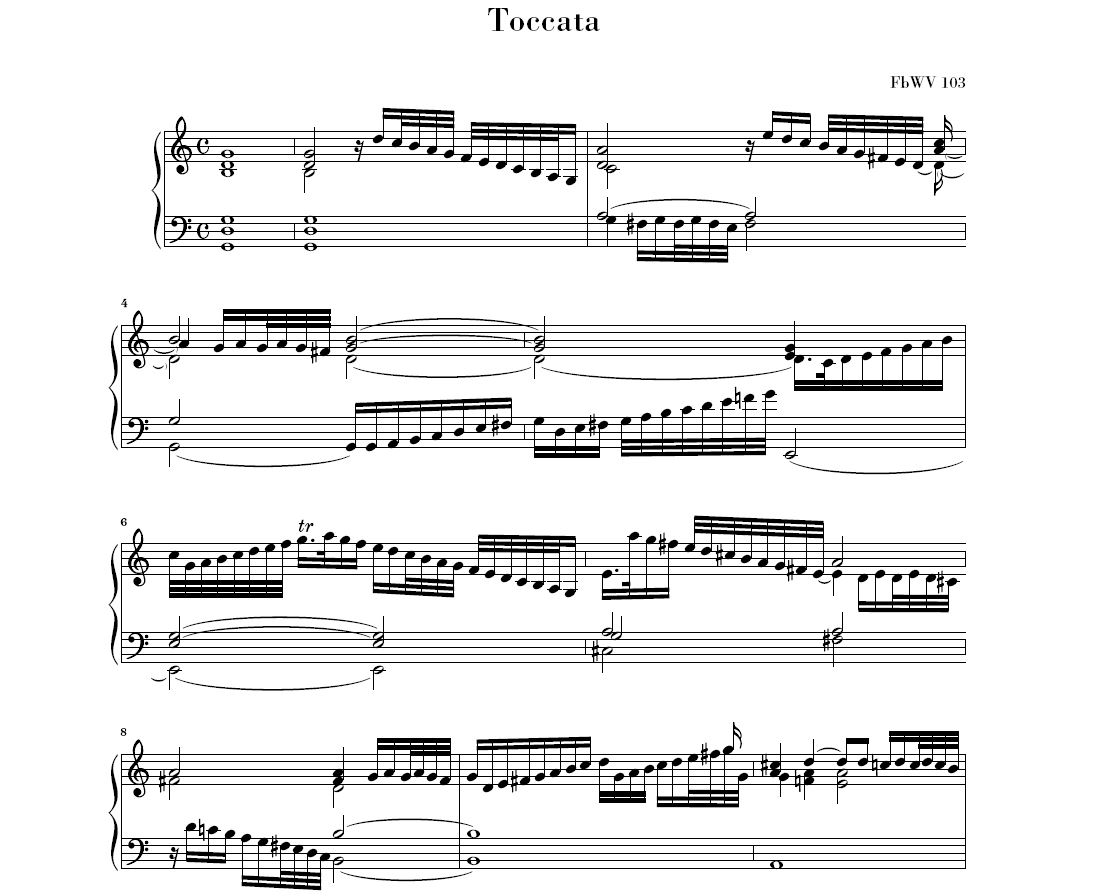 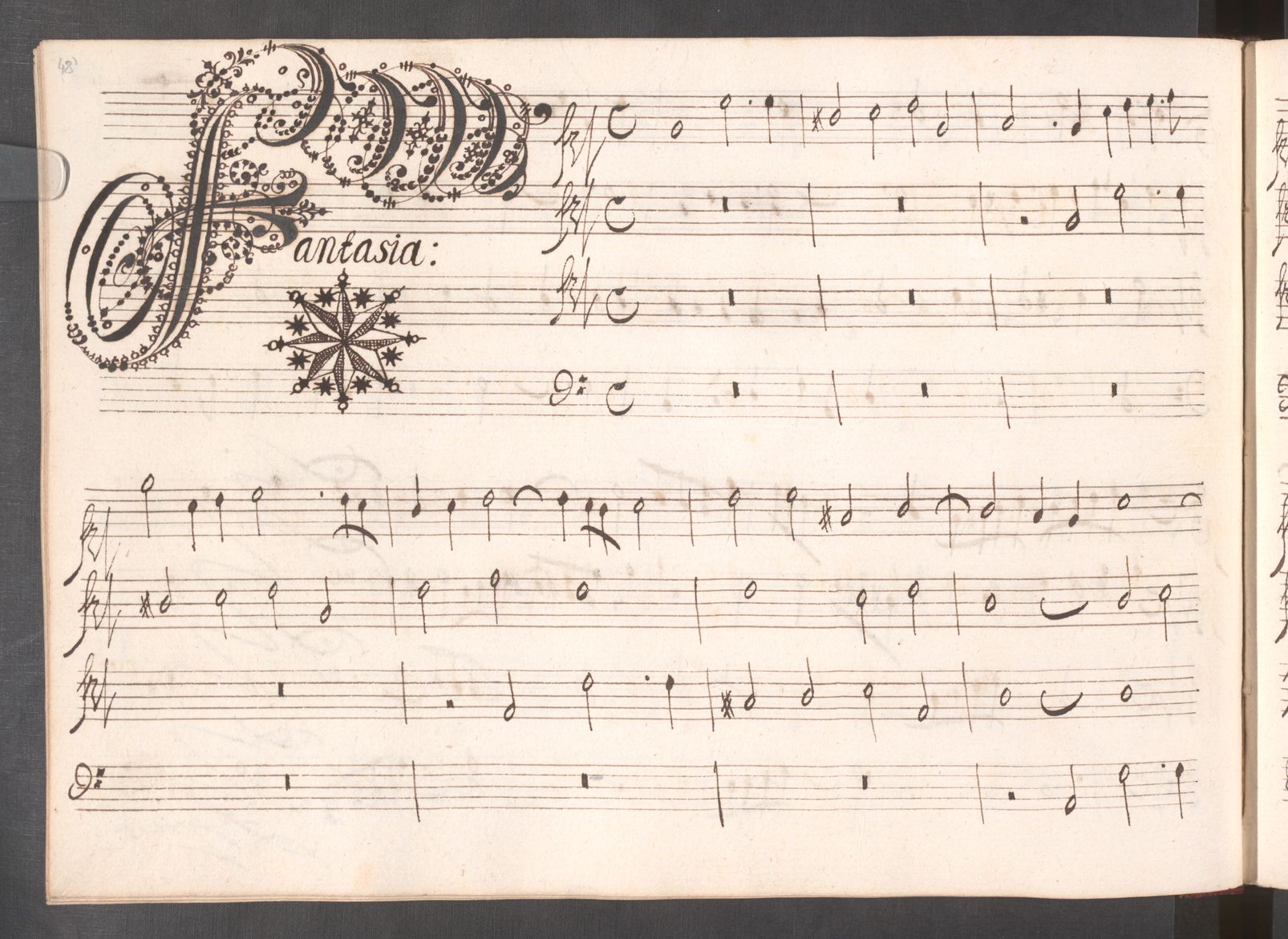 The differences are immediately obvious. In the toccata Froberger notates on six lines in the upper stave and on seven in the lower stave. The fantasia does in fact utilise 5-line staves, but is notated in score, that is, each of the four parts gets its own stave. The clefs in the source also differ from those of modern piano writing. Furthermore, although Froberger always stipulates a time signature in the autograph, the bar lines are rather irregularly placed (see especially the toccata opening).

Early music specialists are presumably so “at home” in this notation that they can read from a Froberger autograph without problem. Classically trained pianists will do this only with great difficulty. But we would like our anthology to appeal also to those musicians who want to make Froberger’s soundscape accessible on the modern piano. So, the goal of our edition was to mediate between the 17th and 21st centuries. Here is how Peter Wollny words this in his preface: ‘The present edition endeavours to retain the individual characteristics of the autograph’s notation, inasmuch as this does not compromise readability and can be reconciled with modern piano notation.’

This means, specifically, that music staves, clefs and placement of accidentals are adapted to today’s conventional notation. The placement of bar lines is, on the other hand, trickier. It can be assumed that the bar lines “missing” in Froberger are no oversight but are supposed to make the larger metric units visible at a glance. This information should be by no means lost sight of in a modern edition. Therefore, we have refrained from standardising the placement of modern bar lines in keeping with the time signature. But to offer guidance in our edition, short lines, so-called “Mensurstriche” [interim lines drawn between bar lines], are inserted in each of the staves.

We recommend as a “sample” of our birthday edition the following recording of the “Mayerin”, perhaps the most popular of Froberger’s works. Variations “auff die Mayerin”

One Response to »Johann Jacob Froberger on his 400th birthday«