The 19th century is rich in artist friendships. That between Franz Liszt and Richard Wagner stands out not only because of the significance of their musical creations, their complex personal relations, but also because of a striking imbalance in giving and taking. Put straightforwardly: The one, Liszt, admired, the other, Wagner, was admired. Liszt’s commitment to Wagner’s operas and music dramas, for which he felt unreserved enthusiasm, knew no bounds, whilst Wagner scarcely noticed Liszt’s works aside from the symphonic poems, and at most praised them out of gratitude for the help given him. 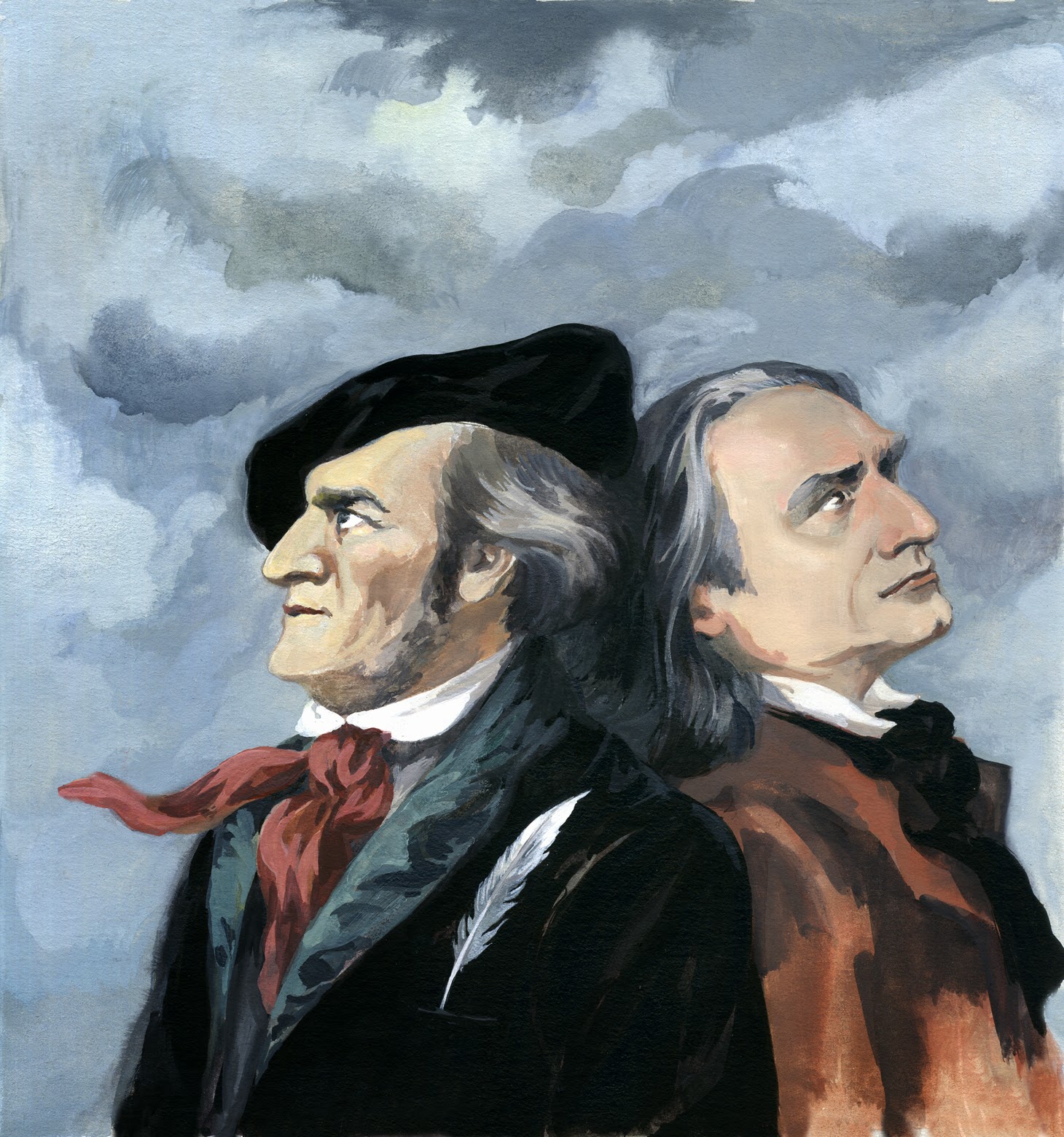 It is no surprise, then, that amongst Liszt’s some 70 opera transcriptions (mostly for piano solo), Wagner’s stage works occupy a large space with altogether 19 arrangements. The Liszt arrangements for the “Spinnerlied” from Der fliegende Holländer already present in the Henle catalogue (HN 585) and for “Isolde’s Liebestod” from Tristan und Isolde (HN 558) are soon to be augmented by the concert paraphrase of the overture to Tannhäuser (HN 1066).

Whilst procuring the sources for this Liszt arrangement (R 275, S 442), a problem that I had not expected showed up. To meet the requirements understood by the term “Urtext” means that we editors must view all available sources, with the first edition – as a generally authorised publication – being particularly important in addition to the autograph. In all the usual lexicons and Liszt biographies, the first edition is listed as published in “Dresden, 1849, by C. F. Meser”. Date and publisher appeared plausible to me at first glance, for in his letter of 26 February 1849, shortly after the successful premiere of Tannhäuser in Weimar under his direction, Liszt reported to his friend as follows about his arrangements of the overture as well as the so-called “Lied an den Abendstern”:

“Do you know what occurred to me? No more nor less than my appropriating in my own way and for the piano the Tannhäuser overture and the whole scene: ‘O du mein holder Abendstern’ from the third act. – As far as the former is concerned, I believe that few players will be found to master its technical difficulties, but the ‘Abendstern’ scene would easily be accessible to the pianist of the second rank. If you agree to offer it for publication to Meser, or if you allow me to make it available to Härtel or Schlesinger, then I would like to see these pieces published soon.” (From the original in French.)

Since as a motivation for the two compositions, Liszt calls it the personal appropriation for his own better understanding, the overture may be assumed to have already been arranged before its separate performance in Weimar on 12 November 1848, and that of the “Abendstern”, accordingly, shortly before or during the rehearsals for the opera in January/February 1849. For us, the last sentence of the quotation is of particular interest. Liszt not only brought into play the Dresden music dealer and publisher Carl Friedrich Meser who was commissioned to sell the original score of Wagner’s Tannhäuser and numerous other single editions and arrangements of the opera, but also especially emphasised his explicit will for its early publication. Yet, the worldwide search for a copy of this edition remained unsuccessful. On the other hand, in many libraries I found editions with the amendment “(Herm. Müller)” under the publishing-house imprint.

Title page of the 1867 edition

Since Hermann Müller took over the business after Carl Friedrich Meser’s death in 1856 and then provided newly published editions with precisely this amendment, these editions could consequently not stem from 1849. The search in the so-called “Hofmeister-Verzeichnis” (a monthly list of newly published music in the German-speaking area) yielded the date “October 1867” for this Meser-Müller edition, also coinciding with the plate number 832 further given by Müller (expected for 1849 would be a plate number ca. 400–450). Now it is by no means inconceivable that no exemplars of a composition’s first edition could be located, but only later reprints. In the present case, however, it was already very unusual, for as a rule Liszt’s piano works can be found either in the Liszt estates in Weimar (Goethe-Schiller-Archiv) and Budapest (Franz Liszt Music Academy) or in the estate of the Liszt’s pupil Ruth Dana in New York (The Juilliard School), but even here there was only the 1867 edition.

The more I worked on the subject, the more sceptical I became about the entry “C. F. Meser, 1849”. The explicit information “manuscript” (meaning: “performed from the manuscript”) in the programme of the conjectured première in Zurich on 25 February 1851 by the Liszt pupil Hans von Bülow, to whom the composition is dedicated in the autograph, was already an insoluble contradiction. Why should Bülow play from a manuscript (meant is a presently lost copy of the autograph), if a printed edition had already been available for at least a year and a half? Then the Liszt correspondence with Bülow as well as that with the publisher Breitkopf & Härtel provided the final proof that the first edition did not actually appear until 1867. Between 1849 and 1860 there is no mention of the arrangement of the Tannhäuser overture; Liszt evidently first wanted to leave Bülow exclusive rights to performance. But on 30 November 1860 Liszt came to speak to Bülow about a publication. He noted that Müller intended to publish his arrangement of the Tannhäuser overture. At this point in time, nonetheless, no contract was concluded presumably because Bülow portrayed his own experiences with this publisher in a dark light, describing Müller as “one of the most infamous crooks” (in the French original: “l’un des plus infâmes filous”). A year later Liszt tried to place the composition with Breitkopf & Härtel – however without success. When at the end of 1866, another attempt with the Leipzig publishing house Carl Friedrich Wilhelm Siegel failed, Liszt clearly returned to Müller’s old offer.

So, I did not have to chase a phantom any longer. The question remains, how did this false dating “1849” come about? It might be based on Lina Ramann’s chronological works’ catalogue (1894) in the 2nd volume of her Liszt biography (listed before the work’s title is the year of composition, then the year of publication):

Liszt research has followed this unproven, wrong dating up to now – a possible explanation lies in the still missing complete edition of the Liszt correspondence, pieces of which can hardly be reviewed even by experts. Given in our new edition are both the composition year 1848 and the publication year 1867: