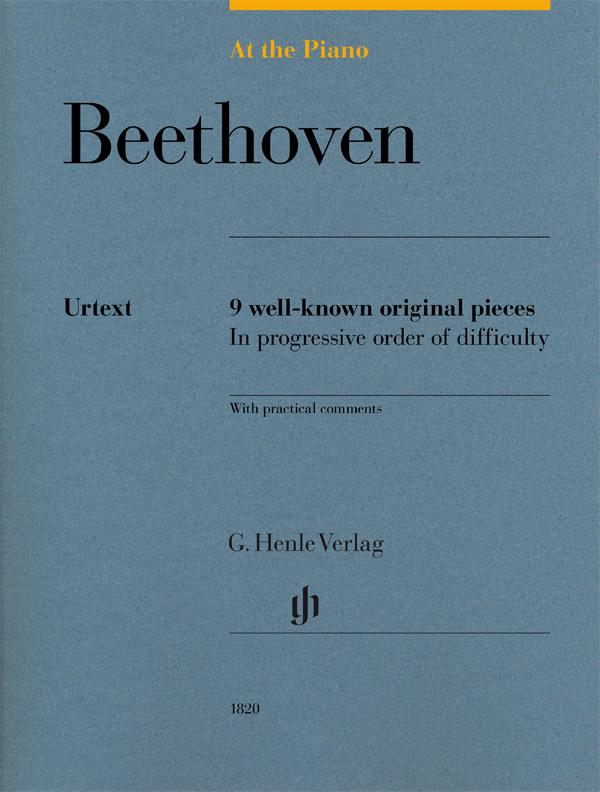 Even the visual design is a little revolution for Henle: after being in publishing for nearly 70 years we are for the first time bringing out a series of Urtext piano editions without just the classic blue cover, but with a sort of bright yellow horizontal “branding” mark added – and with good reason, since our new series “At the Piano” is forging a new path in many respects.

Twelve volumes already appeared in German some time ago, but now finally there is also an English version of “At the Piano”. To each of 12 famous composers we’ve devoted an anthology volume containing carefully selected and annotated piano pieces. Here you will find all the classic names in the piano world: Bach, Haydn, Mozart, Beethoven, Schubert, Mendelssohn, Schumann, Chopin, Liszt, Brahms, Grieg and Debussy.

Retained is the crucial quality characteristic of  G. Henle publishers: It goes without saying that all of the “At the Piano” volumes reproduce the same impeccable music text of our previous Urtext editions.

“At the Piano” does, however, differ from the usual “Best of” albums because of a special concept that we’ve developed together with the pianist and veteran pedagogue, Prof. Sylvia Hewig-Tröscher of the Munich Hochschule für Musik. The individual pieces in each volume are ordered from easiest possible for the beginner, through those of “medium difficulty”, to the somewhat more demanding pieces at the end (level 6 or 6/7 according to the Henle scale).

In addition, the pieces are selected to provide specific technical challenges for preparing the pianist for subsequent pieces, so that playing through the volume is not just a matter of starting at the front and finishing at the back, but of “making progress” at the same time.

The brief pedagogical introductions for each piece, newly penned by Prof. Hewig-Tröscher, serve as an important support in this learning process. Not hidden in an appendix at the end of the volume or in footnotes, but convenient for reading directly ahead of each piece, they emphasise its technical and interpretative features, helping the player over the largest hurdles. The historical commentary, also drawing attention to variants or problems in the musical score (such as, for example, errors in the sources that had to be corrected), is also very interesting and useful: 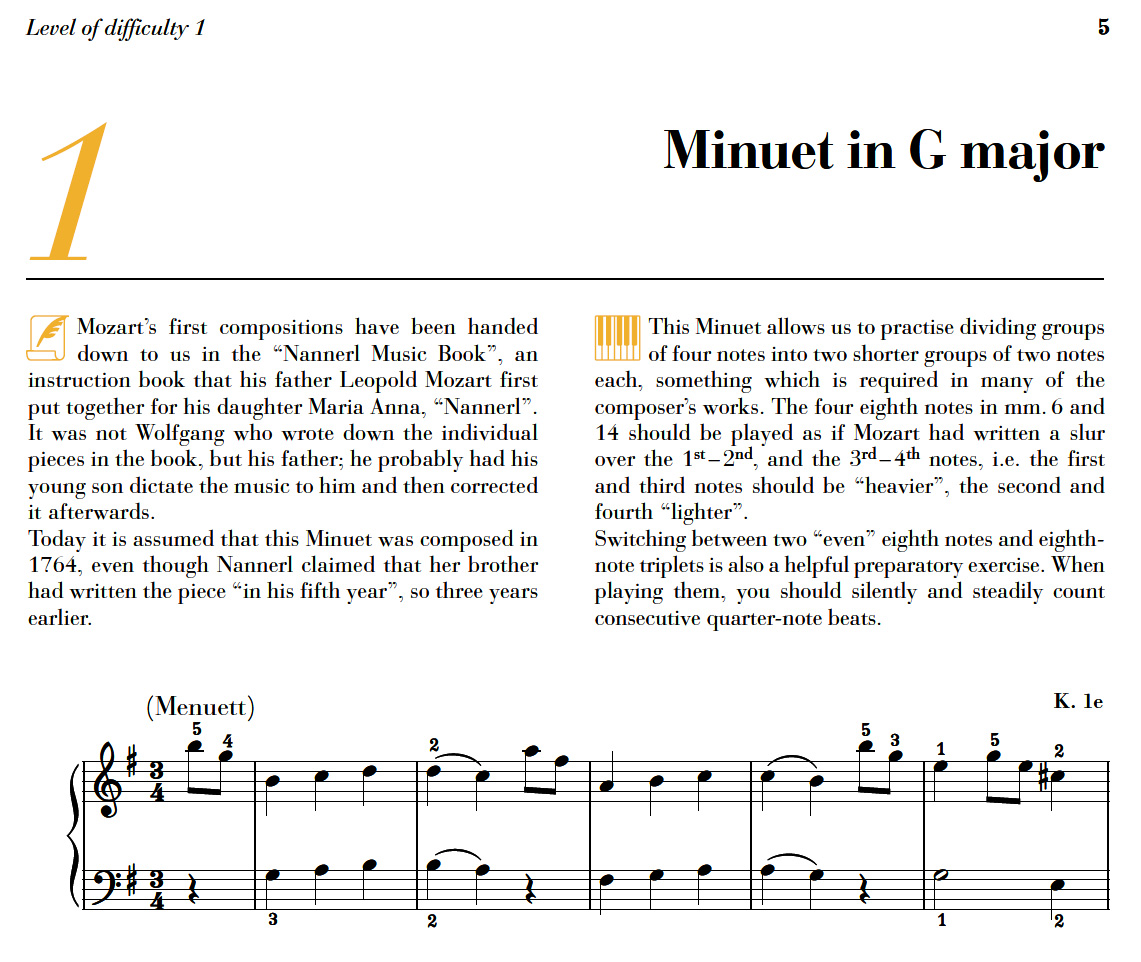 Of course, the pieces included were not selected merely on the basis of their pedagogical value – as the subtitle already reveals, these are “well-known original pieces”, so every Beethoven lover will certainly find “Für Elise” and the first movement of the “Moonlight” sonata, and Debussy fans won’t have to do without either the Arabesque No. 1, “La fille aux cheveux de lin” or “Clair de lune.” (Details of the contents for all 12 volumes can be found in this overview.)

Many volumes also contain, in addition, special “goodies” otherwise rarely found in reliable new editions. Or, did you know that for one of his piano students Mozart composed a proper “Czerny Etude”, complete with his very own fingerings? 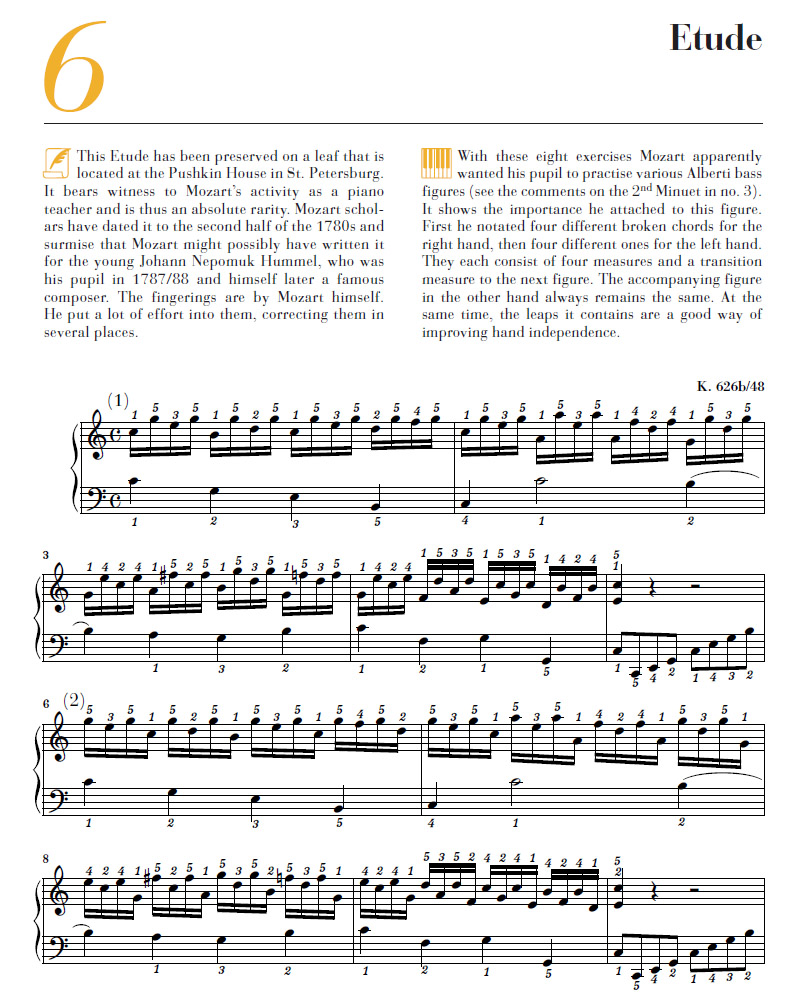 Likewise, Franz Liszt reveals not his virtuoso but his tender side in two small piano miniatures once composed for Olga von Meyendorff: 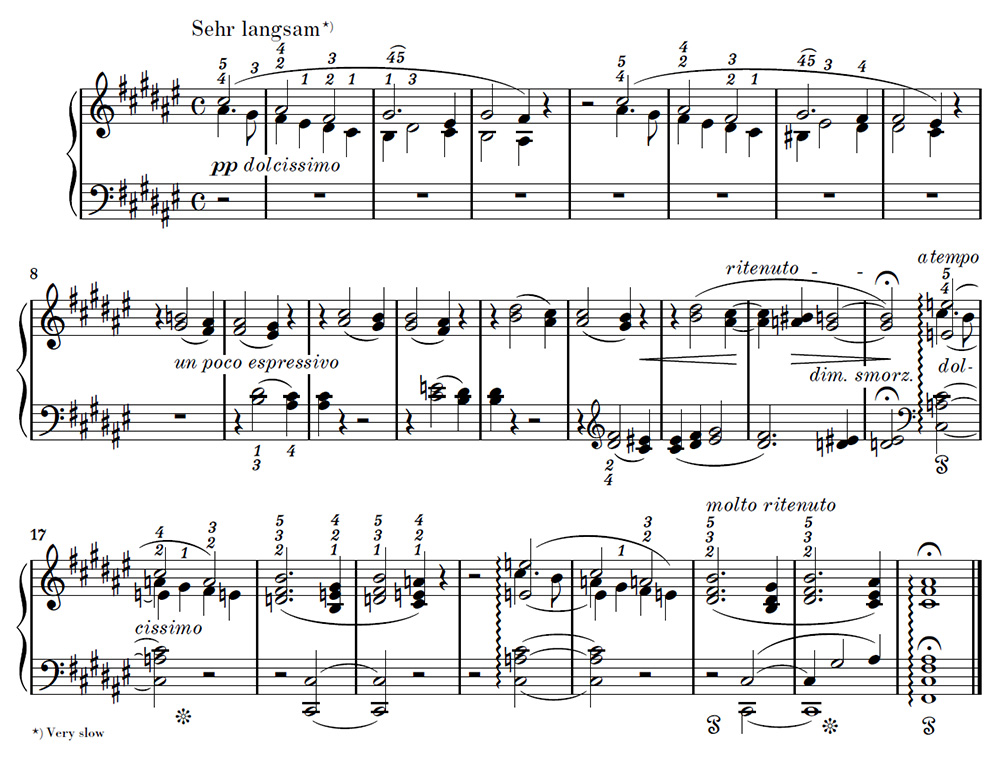 Incidentally, for the graphic design of the “At the Piano” series we were able to obtain the services of Kochan & Partner, the renowned Munich agency that with great attention to detail ensured a clear signature style for a harmonious co-existence of music score, texts and illustrations: 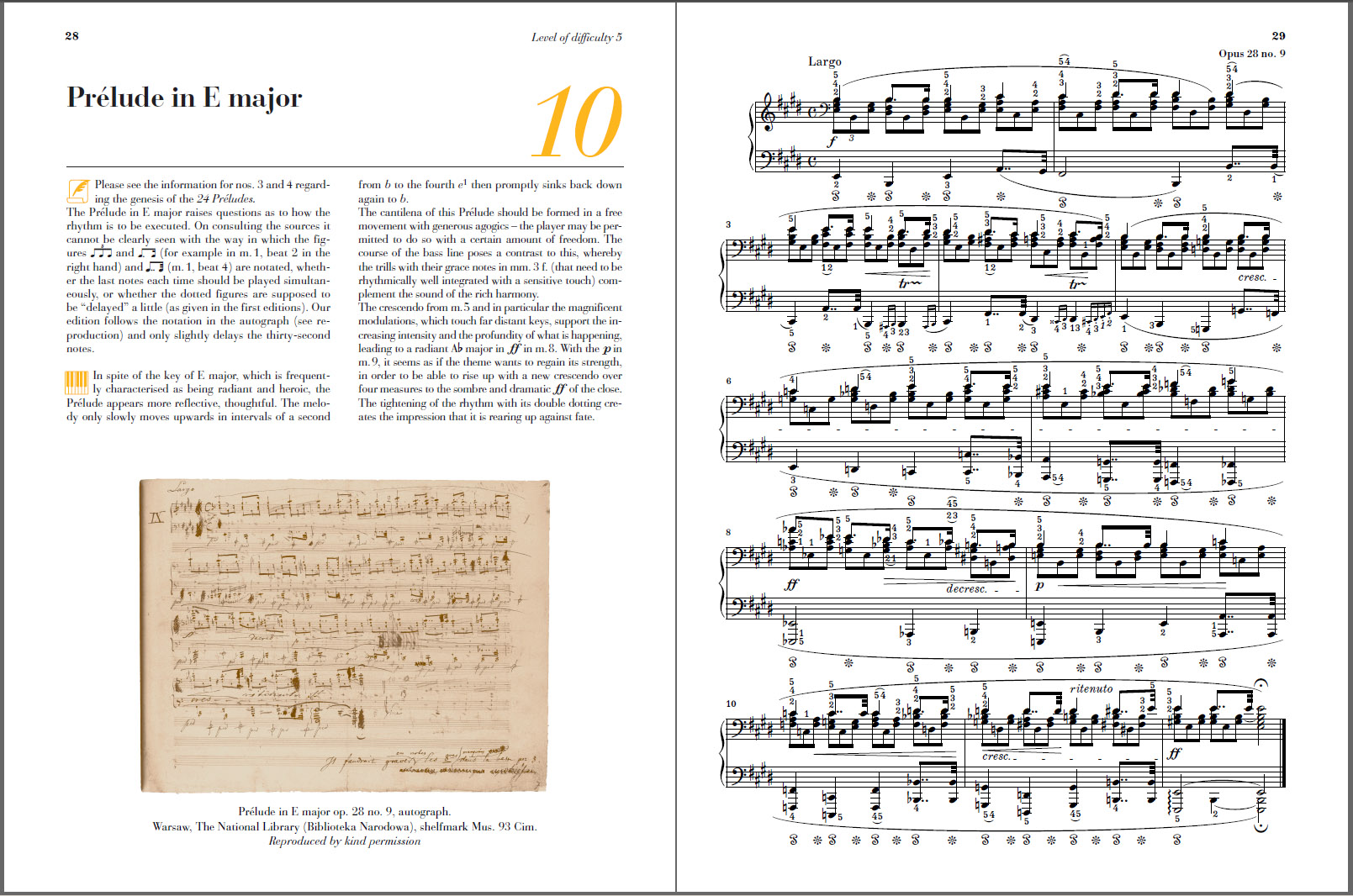 If you have once already taken piano lessons and now want to go back again to playing piano but don’t know where to start, then “At the Piano” is exactly what you need to return to the piano.

Or, in the words of the German talk show host and actor Harald Schmidt who plays piano as a hobby and strongly recommends the “At the Piano” series, “If I can do it, then so can you!”

One Response to »“At the Piano” – lends colour to the Henle catalogue!«