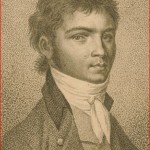 G. Henle publishing house is well known for putting its earlier editions to the test and updating them if necessary. Recently, the blog has reported on the new revised edition of César Franck’s violin sonata. Today, I would like to refer to the forthcoming revision of the first part of Beethoven’s piano variations (HN 1267).

The practical editions of Beethoven’s piano variations (part I: HN 142/143, part II: HN 144/145) first appeared in January 1963. They are based on the corresponding volume published in 1961 as the very first of Henle’s new complete edition (Beethoven Werke, section VII, volume 5). This volume’s character as a pilot project is already apparent on the surface in that responsible for the editing was not just a single person alone, but Johannes Herzog, Friedhelm Klugmann and Emil Platen, staff members of the Beethoven Archiv, under the direction of the then chief archivist Joseph Schmidt-Görg. The volume’s critical report was not included in the edition itself, but as was customary at that time, it was to follow shortly thereafter as a separate volume. Owing to new volumes in progress as well as also to personnel changes at the Beethoven-Archiv, the publication of this report was repeatedly postponed, which had an impact on the practical editions to the extent that possible over the years were only selective subsequent improvements, but not any fundamental revisions.

So, the announcement of the belated critical report by Felix Loy (due to appear in the fall of 2017) gave us the opportunity to tackle the already long overdue revision of our original Urtext edition. The old, very brief preface, reporting only generally on the source situation, was now modified to conform to the Henle standard and supplemented by a detailed commentary. But above all, the music text was checked against all available sources and altered where necessary.

Sets of variations constitute the central form in dealing with a musical idea in the classical period, and so it is no wonder that they concerned Beethoven for more than four decades, thus over nearly his whole period as a productive composer. The revised first volume HN 1267 includes piano variations of his years in Bonn and his early years in Vienna (WoO 63–66, 68–73, 75), appearing in print between 1782 and 1799. Unlike the substantially better known later variations – especially the so-called “Eroica” Variations op. 35, and the famous Diabelli Variations op. 120 – these early compositions might appear at first to be less attractive, particularly as their themes come from stage works that were very popular at least for a while, though today they are totally forgotten. 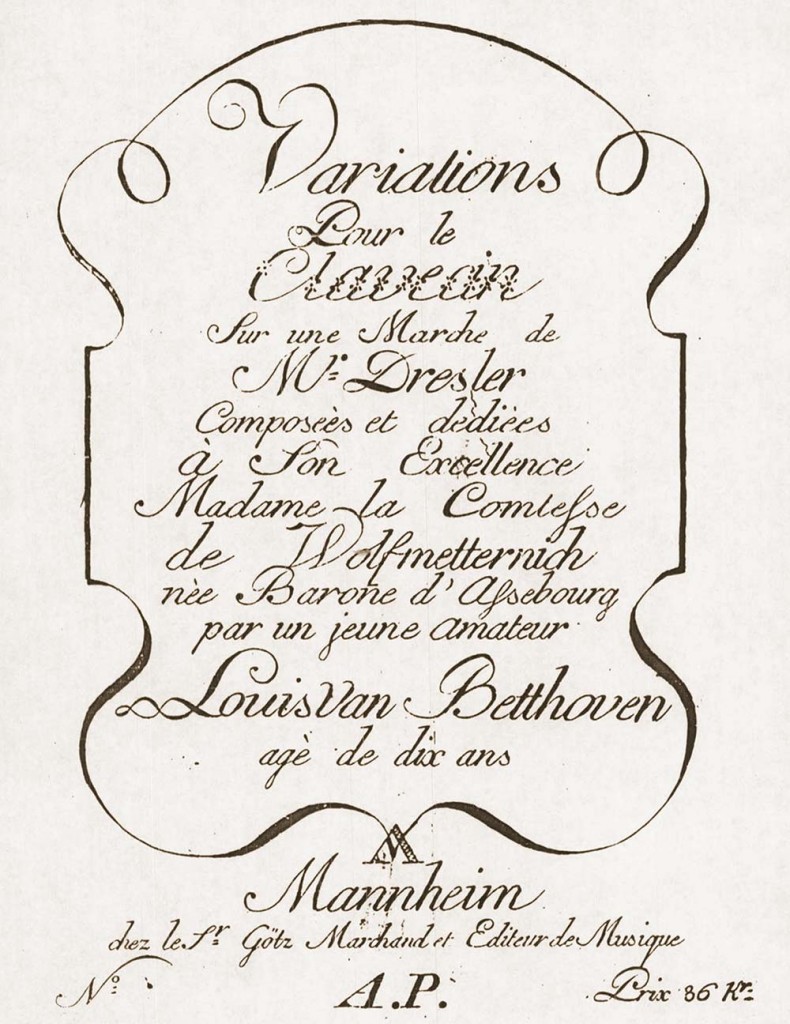 But we should not underestimate the early variations, for typical elements of Beethoven’s personal style can be recognised at numerous passages. Or, as was expressed to me in a letter from Klaus Schilde, who took over revising the fingering for our new edition: “The future lion is already showing his paws”. This is already true to a certain extent even of the “Nine Variations on a March by Ernst Christoph Dressler” WoO 63, composed at age twelve. For recognisable here is already the principle that will distinguish Beethoven from his contemporaries who were writing works in this genre: The individual variations relate not only to the theme, but also to certain elements of previous variations. 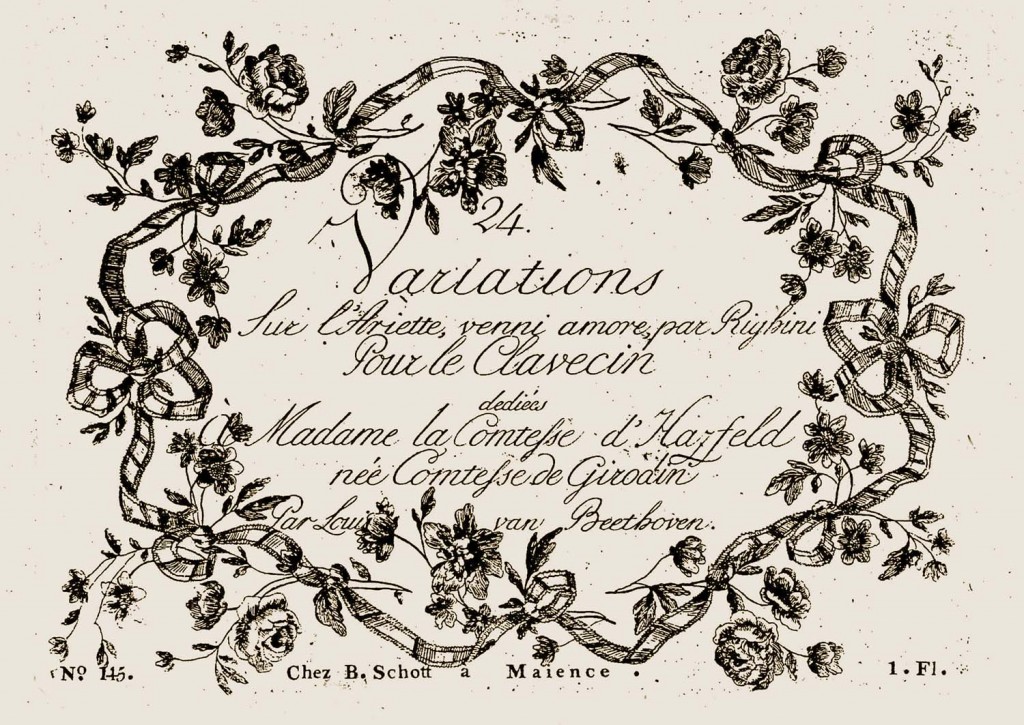 Especially noteworthy is the revision of the “24 Variations on the Arietta Venni Amore by Vincenzo Righini” WoO 65. These variations constitute, on the one hand, probably the most significant work in the first part of the new edition; arising here in the revision, on the other hand, are the sharpest changes in comparison with the earlier edition. In 1984, that is to say, a copy of the 1791 first edition was rediscovered. Since previously, as in most of the early variations, no autograph was extant, we had had to rely on the later, 1802 print.  Considering the quality of this composition with its abundance of features such as the highly differentiated sequence of changes, contrasts within the same variations and extensive coda, a contemporary reworking of the work originally composed in 1790/91 had been surmised. Comparison of both editions did in fact invalidate the thesis of two versions, but apparent, nevertheless, were still a lot of differences, particularly in dynamics, phrasing and articulation, but occasionally even in voice-leading and rhythm, such as is shown in the following example from variation I (measure 5):

Since Beethoven was unlikely to have been involved in the 1802 reprint, the rediscovery of the 1791 first print made the authentic reading available. Our revision – taking into account the explicit corrections to the later print done by an unidentified hand – is the first to give the music text according to the original edition.

To those wanting to listen to these variations, we can recommend the recording by Mark Dierauf.