Posted on September 18, 2017 by Norbert Gertsch

In the first part of my blog on the famous popular names for Beethoven’s piano sonatas I took a closer look at ones that were given by the composer himself. In today’s entry, I’d like to examine the popular titles that probably have nothing to do with Beethoven but that are still on everyone’s lips.

Part 2: The popular names not given by Beethoven

Ones based on a dedication

Die Verliebte op. 7 (The woman in love): This lesser-known name can be traced back to the dedicatee, Countess Anna Luise Barbara (Babette) von Keglevicz (c. 1780 to 1813). Babette was a piano pupil of Beethoven’s from 1797 at the latest and Carl Czerny reported that the composer had fallen in love with his pupil. In October 1797 – Beethoven was 27 years old – Opus 7 was published with her name on the title page. In the years that followed Beethoven dedicated a number of other important piano works to her: in 1799 the Variations WoO 73, in 1801 the Piano Concerto No. 1. op. 15 and in 1803 the Variations in F major op. 34. It is well known that Beethoven’s advances were not reciprocated; he remained a bachelor all his life. In 1801 Countess Keglevicz married Prince Innocenzo d’Erba-Odescalchi, who later became a vice president of the Gesellschaft der Musikfreunde.

Waldstein Sonata op. 53: The person to whom this sonata was dedicated, Count Ferdinand Ernst von Waldstein (1762–1823), was one of the young composer’s first and most important patrons in Bonn. Waldstein was a close confidant of the Elector of Bonn, who entrusted the Count with the task of smoothing Beethoven’s way in Vienna. With this in mind, it is likely that Waldstein gave Beethoven letters of recommendation to take with him when he set off. Waldstein’s entry in Beethoven’s “Stammbuch” (farewell album) has become famous: “Dear Beethoven, You are now travelling to Vienna to realise your long-frustrated wishes. Mozart’s genius is still in mourning, lamenting the death of its pupil. In the inexhaustible Haydn it found refuge, but no employment; through him it seeks to be united with another being. By unrelenting effort may you receive Mozart’s spirit from Haydn’s hands. Bonn 29th Oct. [1]792. Your true friend, Waldstein.” The Count was very musical – he played the piano and also composed. In his last years in Bonn between 1790 and 1792, Beethoven wrote Eight Variations for Piano four hands on a theme by Waldstein (WoO 67), and the music for a “Ritterballett” (WoO 1) that he wrote around this time was presumably commissioned by Waldstein. Of course, Beethoven did not call the Piano Sonata op. 53 the “Waldstein Sonata” but future generations obviously needed a catchy name for this unique masterpiece. (Incidentally, the French refer to this Sonata as “L’aurore”, dawn.)

A Thérèse op. 78: This wonderful sonata that is too seldom played was composed in 1809 in Vienna. It owes its popular title to the dedicatee Countess Therese Brunsvik de Korompa (1775–1861). Therese, together with her siblings Franz – to whom the “Appassionata” op. 57 is dedicated –, Josephine and Charlotte, was among Beethoven’s inner circle of friends in Vienna. Beethoven taught Therese and Josephine the piano in 1799 and also later dedicated the Variations for Piano Four Hands WoO 74 to them both.

Piano Sonata op. 90, dedicated to Count Moritz von Lichnowsky: Although this sonata does not have a popular name, in the past it was frequently associated with its dedicatee. In 1842 Anton Schindler, Beethoven’s extremely unreliable biographer, claimed long after the composer’s death that the sonata had an underlying theme outside of the music, a “poetic idea”: namely the count’s marriage to an opera singer with whom he had had an illegitimate child. The 1st movement represented the Count’s “battle between the head and the heart”, the 2nd movement the “Conversation with the beloved”. Today, we know that Schindler invented this anecdote and that he even made up entries in Beethoven’s conversation books following the composer’s death. Thus I’m afraid we must distance ourselves from this interpretative model for the sonata – it has nothing to do with Beethoven or with the real reason behind the sonata’s genesis, which is far more complex.

Based on the character of the music or outside influences

Moonlight Sonata op. 27 no. 2: This popular name, which is thoroughly disastrous for the sonata’s interpretation, does not, of course, have anything to do with Beethoven. He called it “Sonata quasi una fantasia”, as he also did the Sonata op. 27 no. 1. The name might have its roots in the first Kunstnovelle (novella on an artistic theme) “Theodor – eine musikalische Skizze” (Theodor. A Musical Sketch) by Ludwig Rellstab and written in 1823. There, a music lover says: “I would not be worth a false fifth if I were to forget the Adagio from the Fantasia in C sharp minor. The lake rests quiet under the light of the moon at twilight; the wave thuds against the dark bank; gloomy wooded mountains rise up and divide this sacred region from the world; swans move through the water with whispering rustle, like spirits, and an Aeolian harp makes its complaints of longing, lonely love mysteriously from the ruin. Silence; good night!” The underlying mood of the 1st movement is, of course, much more complex. Wilhelm von Lenz, for example, wrote: “It is as if we catch sight of a colossal grave in the middle of a lonely plain, palely lit by the sickle moon, dejected by the spirit of mourning. […] [There remains] the conquering voice of death, which permeates the whole Adagio from beginning to end.” Franz Liszt and Carl Czerny also used expressions such as “grief”, “death” and “night” when describing this movement. Recently, associations have once again be made with the sound of the Aeolian harp, which Rellstab had already mentioned, as we know that Beethoven had been interested in this instrument when he was composing this sonata.

The Tempest Sonata op. 31 no. 2: And one last very difficult case. It will probably always remain unsolved, as the only person to claim that Beethoven associated this sonata with Shakespeare’s Tempest is once again Anton Schindler. The biographer has not only been considered unreliable for many years but is also famous for twisting things in bad faith to suit his own ends, as well as for inventing stories. In his biography he wrote: “One day when I told the maestro about the deep impression which the Sonatas in D minor and F minor (Op. 31 and 57) had occasioned in me at the gathering at C. Czerny’s, and as he was in a good mood, I asked him to give me the key to these sonatas. He replied: ‘Just read Shakespeare’s Tempest‘“. Schindler used this piece of advice as further proof that there was always a “poetic idea” behind Beethoven’s compositions – as was the case with the anecdote above about the Sonata op. 90 that has been proved to be false. 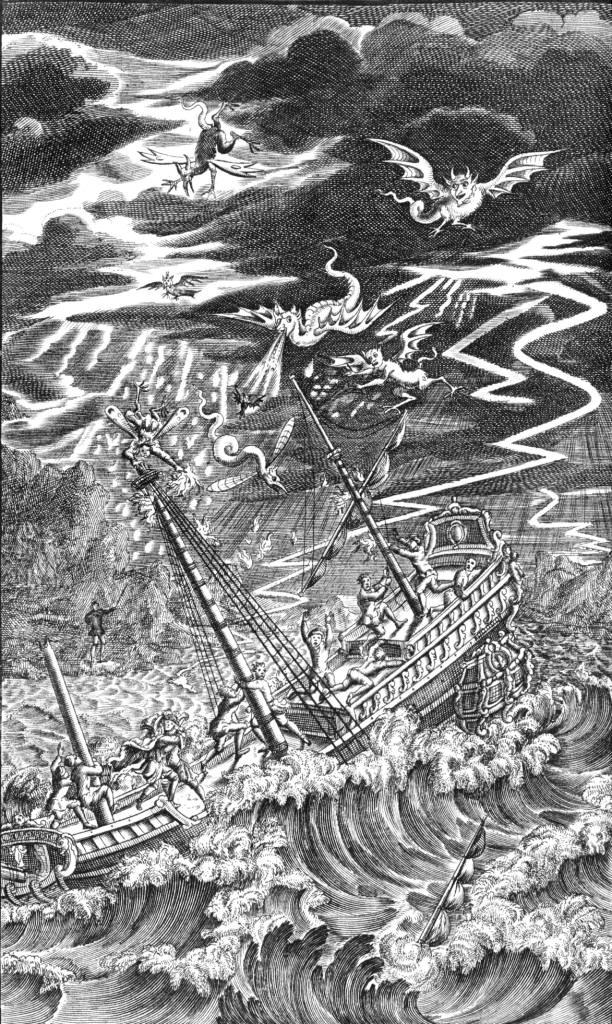 The famous title “Appassionata” op. 57 appears for the first time in editions towards the end of the 1830s and is, of course, due to the passionate character of this extraordinary Sonata (the Sonata op. 2 no. 1 in the same key is therefore also sometimes called the “Little Appassionata”, just as the Sonata op. 10 no. 1 is called the “Little Pathétique”). Associations that were not related to music were behind the names for several sonatas, such as the “Pastoral” Sonata op. 28 with its programmatic character that is reminiscent of the Pastoral Symphony or the “Jagd” (Hunting) Sonata op. 31 no. 3 that owes its name to the rhythmic structure of the last movement. But it’s now time to stop despite the fact that other obscure names are to be found.