The clarinet was again featured in our recent editions of two important works to steadily expand its repertoire in our woodwinds’ catalogue.

First mention goes to the splendid Clarinet Trio op. 114 by Johannes Brahms, appearing meantime in volume II/7 of the Johannes Brahms Gesamtausgabe (HN 6026, edited by Katharina Loose-Einfalt). To go along with this reference music text we’ve also newly published the Trio in a practical separate edition (HN 1125) to replace our earlier edition HN 322, now already 40 years old. It goes without saying that the new edition of the music text was completely re-engraved, presenting the Trio in a fresher, optimal quality. 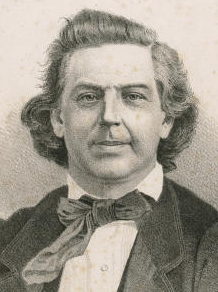 Furthermore, we also welcome a new entry, long desired in our catalogue: the four Fantasiestücke op. 43 for clarinet and piano by Wilhelm Gade (HN 1353).

The Danish composer, celebrating his 200th birthday this year, wrote the four pieces in the spring of 1864 for his Danish friend Mozart Petersen, solo clarinettist in the Royal orchestra in Copenhagen. (He owed his unusual given name to his father, likewise a clarinettist, who especially loved Mozart’s music. He christened his second son, incidentally, “Crusell” – no joke – after the Swedish-Finnish clarinettist-composer…) 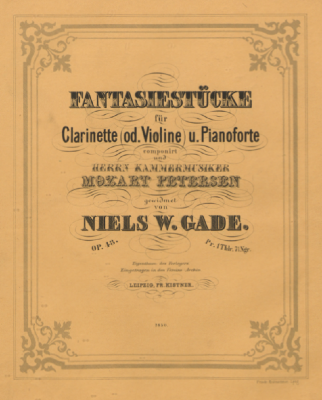 The source situation for the Fantasiestücke op. 43 is basically uncomplicated: serving our edition as main source is the first edition authorised and supervised by Gade that appeared in August 1864 in the Leipzig publishing house Fr. Kistner. (Incidentally, the 1865 publication date of this first edition in the Gade works’ catalogue and in many dictionaries and modern editions turned out to be erroneous, probably based on inaccurately dating the plate number.)

Consulted as an important secondary source was the autograph, preserved in the Royal Library in Copenhagen. Since the autograph did not serve as the engraver’s model, there must also have been a (presently-lost) copy that Gade presumably once again rechecked and altered slightly: the tempo marking of the first piece in the autograph still reads Larghetto con moto instead of Andantino con moto. 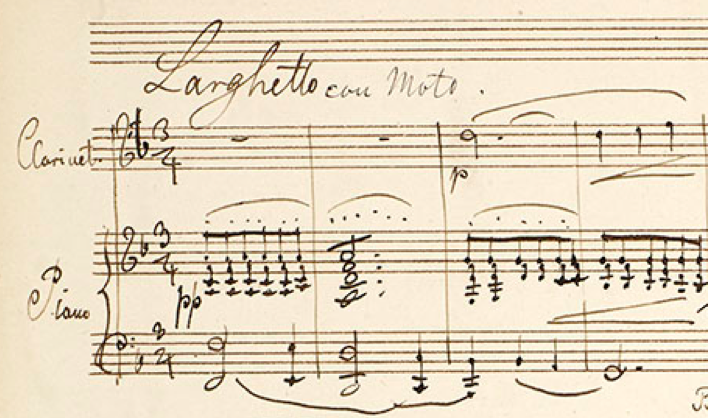 Autograph, Beginning of the first piece

But as so often in the case of works for a solo instrument with piano accompaniment, the devil is in the details, for the clarinet music text is in fact given in duplicate: in the clarinet stave of the score as well as in the separate part. Although the notes are the same, there are innumerable minor differences in articulation, phrasing and dynamics (see the music example).

Solo part (written in B flat)

What’s more, there is even in the autograph already a separately written out solo part – Gade presumably once rehearsed the work with Petersen. So, 4 sources for the clarinet’s music text had to be compared and critically evaluated. This clearly showed that the separate part was in general more accurate, complete and coherent in articulation and dynamics in the autograph and first edition than in the piano score (probably due to the “practical try-out” with Petersen). In our edition, therefore, the separate part of the first edition is the main source for the clarinet part.

In light of this issue, it was ideal that the Fantasiestücke edition was in the hands of our experienced editor Nicolai Pfeffer, who as clarinettist was able to evaluate these detailed questions from a philological as well as a performance and technical perspective. With our edition, clarinettists need not discuss contradictory information with their piano accompanists, but can concentrate on the music – and maybe eventually sound as good as in this recording:

6 Responses to »New editions for the clarinet – Brahms and Gade«