Posted on November 27, 2017 by Annette Oppermann 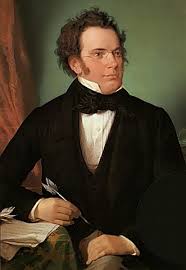 All good things come in threes – this is also true of Schubert’s string quartets at Henle, for after “Death and the Maiden” D 810 (HN 9626), and the G-major quartet D 887 (HN 9850) published several years ago, it is now the turn of the Rosamunde quartet D 804 (HN 9849), also the last of the three great Schubert string quartets represented in our catalogue, with which the composer, by his own account, wanted to “pave the way for the great symphony” in 1824. Anyone already looking at our edition may be surprised to discover here on nearly every page the, advisedly at Henle, only very sparingly placed footnotes. Is there really so much to annotate in this quartet? 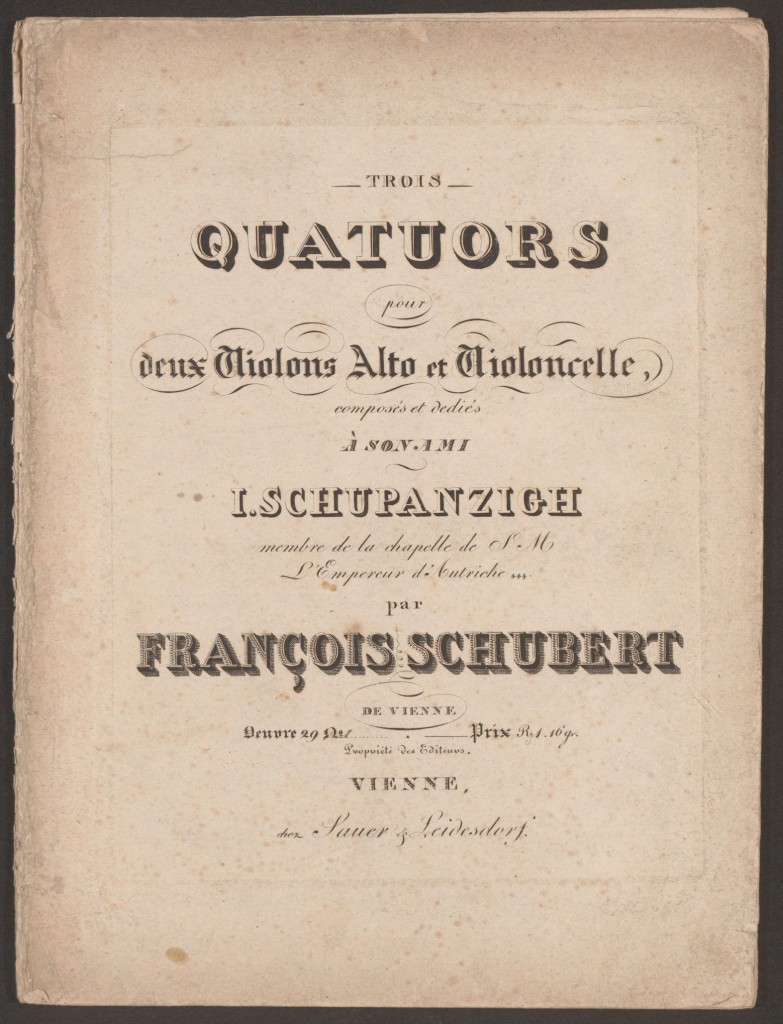 First edition of the Rosamunde quartet

Obviously so, in the view of our longtime editor Egon Voss, because the only source for this work is a printed edition of the parts – and with a string quartet this naturally means a special editorial risk (the more so as it is not certain that Schubert proofread the print appearing in 1824). For one thing, in producing a set of parts, classic engraving errors such as a pitch notated a third too high, a displaced slur or a wrong dynamic marking are much less apparent in parts than in a score – which is why first editions in parts are mostly very inaccurate. For the other, the editor upon suspecting an error often finds it problematic to find the right basis for deciding about a so-called “emendation” (as a supposed error correction is called in philology).

Finale m. 15 of the first edition

For such supposed corrections occur as a rule after parallel sounding parts or an analogous spot in the movement – as conscientious readers of our Comments (at the end of the edition) know, of course, from the frequent admonition “cf. Violin I” or “cf. m. 15”. But just this technique can sometimes become quite problematic in a string quartet extant in four separate parts, for example, if the readings are balanced as in m. 15 of the finale: Here, violin 2 and cello in the first edition again have pp (as at the opening), whereas violin 1 and viola are marked p. Egon Voss decided for the piano, but the footnote makes the musician aware that here another decision would also be conceivable. (While the displaced accent in violin 1 on the 2nd note in the first edition can easily be corrected based on the other parts – likewise included in the Comments, but as an unquestionable decision just does not have to be marked by a footnote in the music text.) 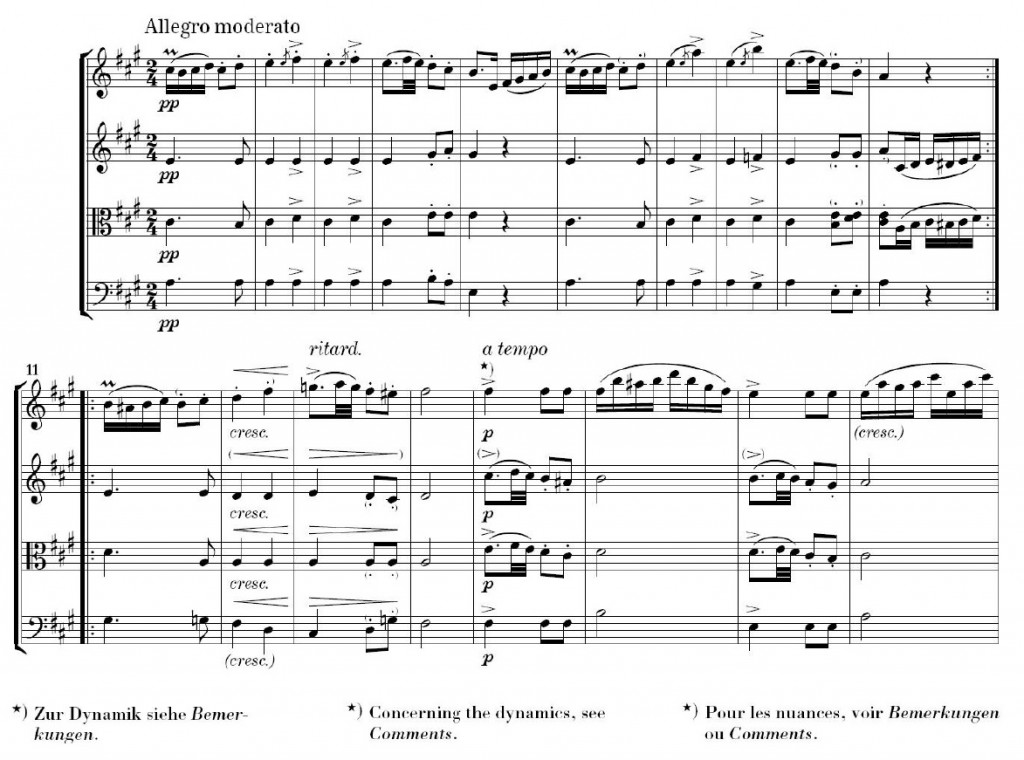 For all who find the difference between piano and pianissimo too small, yet another example at the end of the Trio (m. 27) with more far-reaching consequences: viola and cello here have fp (as in m. 23), in violin 2 again (and thus superfluously) p, in violin 1, though, pp. That of all things, the highest part, despite the accent, should be much softer than the other three, simply makes no sense. But what is the solution? Many editions opt for the pianissimo in the other parts, so that the passage sounds so much softer than before – anticipating remarkably, however, the soft dying away of the close from m. 31.

But opting for pp may also be grounded in the fact that in the violin this sign looks rather strange: Could, initially, there have been an F below the first of the two p’s (as in the last measure of the line above) and is this consequently a correction of fp to pp, which was then forgotten in the other parts? On the other hand, the large F and the small p in the types used by the engraver look so similar that there could also be a mistake – and meant here, too, was the fp. 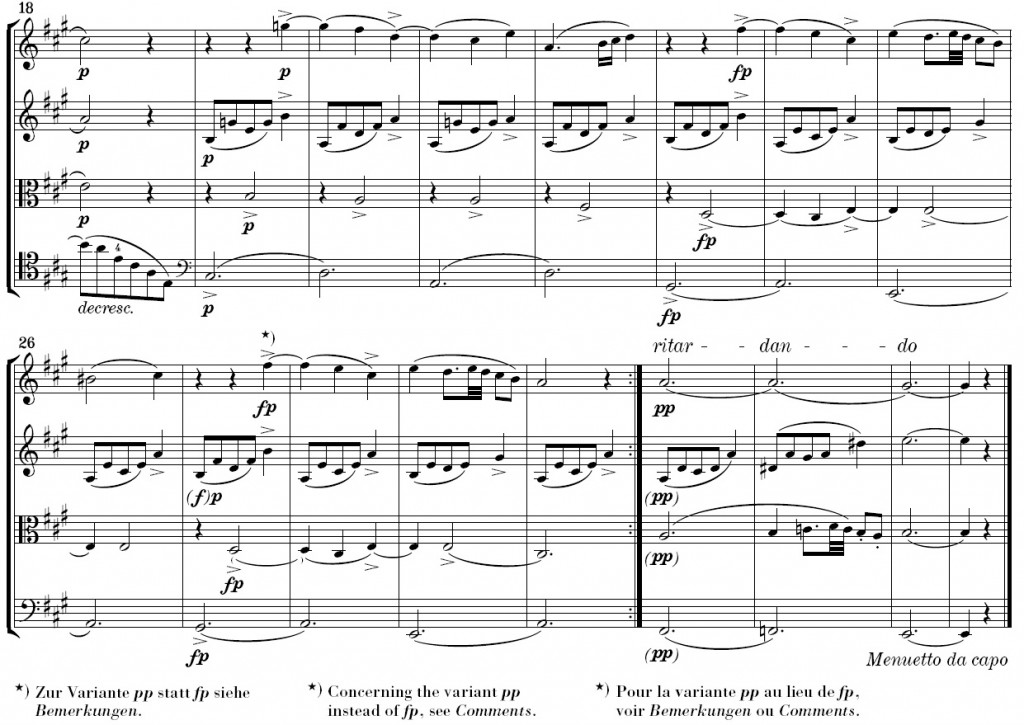 It is the view of Egon Voss, the editor, that this is musically the most convincing solution, which is why we have printed this in the main text. Considering the wide circulation of the purely pianissimo version, we have mentioned the alternative in the footnote as a precaution – so that our customers do not end up inadvertently suspecting us of being mistaken here …