Editing a Beethoven work solely on the basis of a first print greatly challenges every editor of a scholarly edition. The composition’s music text is then available for the edition only in a more or less error-prone state. If the autograph is extant, and present are perhaps still other manuscript sources – for example, the engraver’s models for the first print, proofread by the composer himself, – then the goal of a secure music text is clearly a step closer. But, alas, the situation for Beethoven’s piano sonatas is unfortunately not especially rosy.

Here is an informative table that I would like to discuss further below: 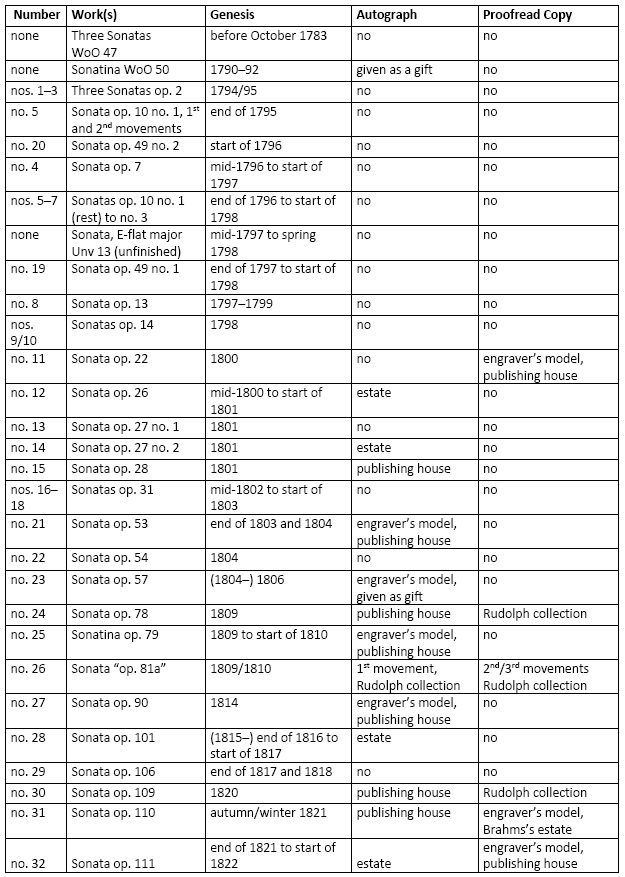 Listed chronologically by genesis in this table are all Beethoven’s extant piano sonatas and sonatinas.

So, what now is the status of the extant important manuscript sources, the autographs and proofread copies?

The source situation can be divided in this respect into three genesis periods.