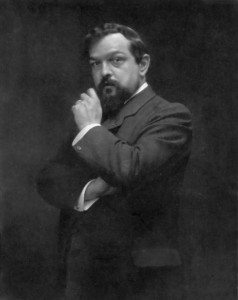 One of the outstanding quality features of the Henle Editions is that the music or verbal text in every forthcoming new issue must be monitored for whatever is being corrected, eradicated or added. Then, of course, a similar review also takes place when works are re-issued in a different format. This applies now also to the early piano piece Nocturne (HN 1087), recently published as a single edition from the anthology of piano pieces (HN 404). Ernst-Günter Heinemann not only contributed here a significantly extended preface, but also added a comment (indicated as well by a footnote in the music text) – and with that we are right in the throes of the topic of this second part of our series “Debussy in Urtext”. It deals with a phenomenon that in fact comes to light, not only, but in a special way, with Debussy: an unclear harmony that cannot be unambiguously resolved.

There is no extant autograph for Nocturne, first published in 1892 by Paul Dupont in the August issue of Figaro musical and later also by his publishing house as an independent edition. 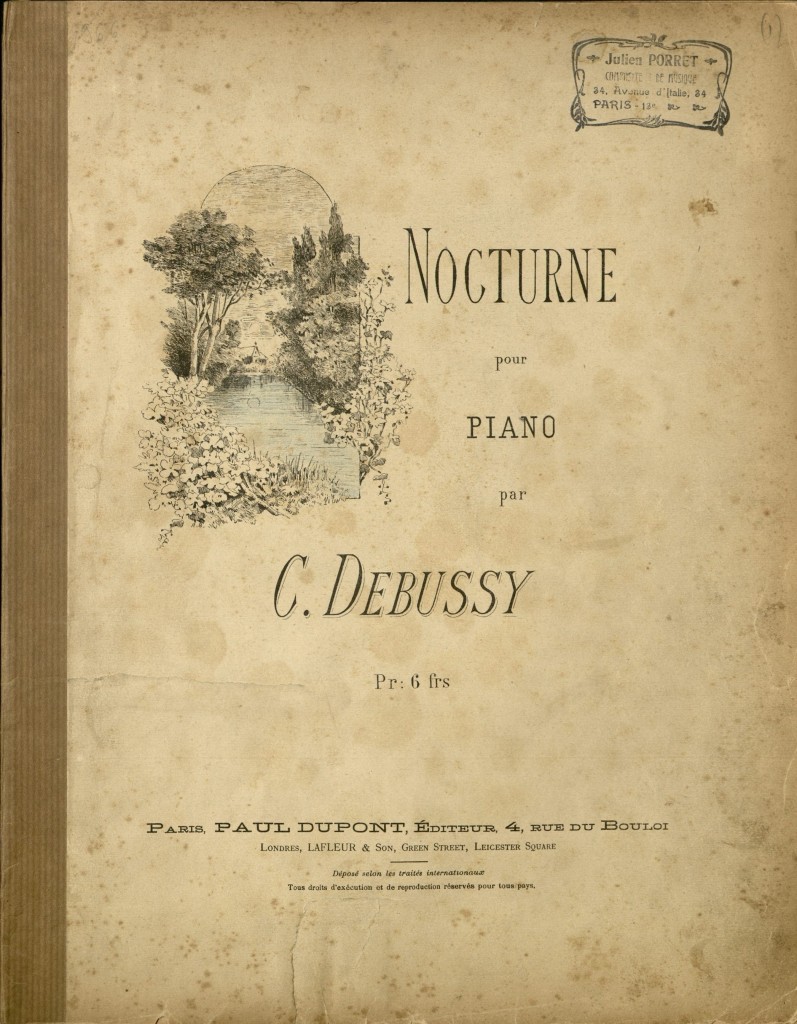 So, we have to rely on the first edition as the only available source (all other prints remain unaltered during Debussy’s lifetime). This is specifically about a passage from the middle section of the piece, notated in 7/4 time (identified by the broken line as a composite of 4/4 + 3/4 time). 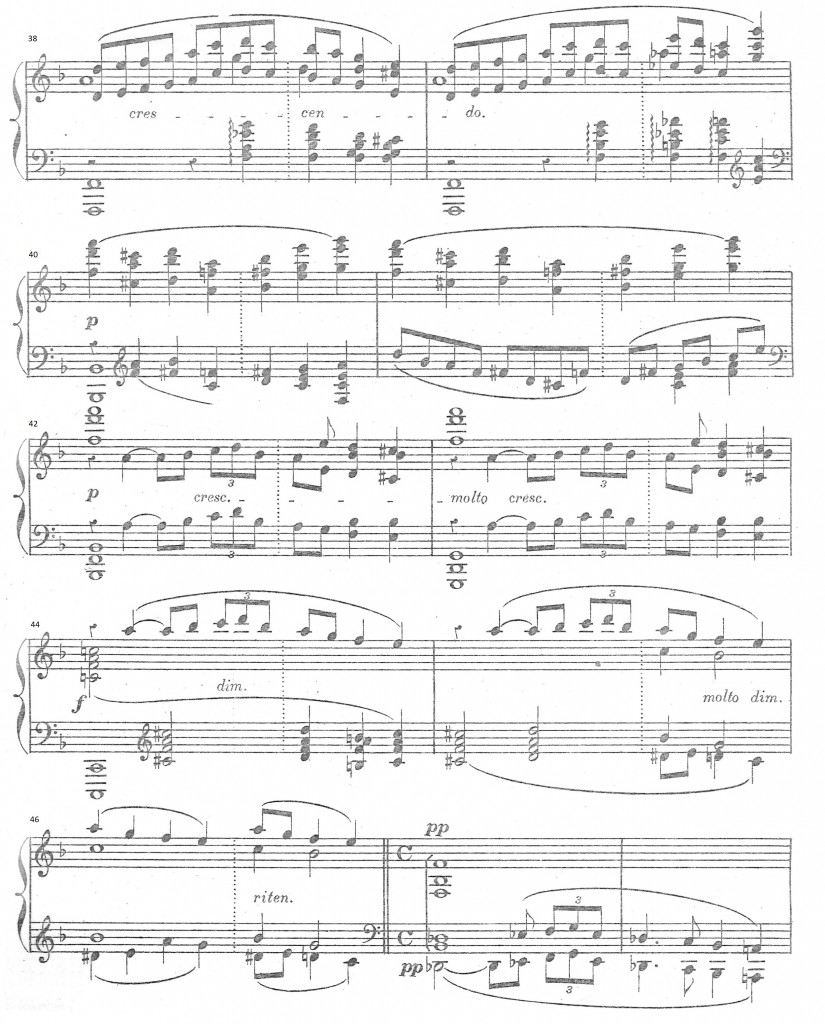 Measures 38ff. from the first edition

Even at first glance the suspicion arises that accidentals are missing. This is apparently less likely due to engraving errors than to unclear notation in the lost autograph; for sometimes Debussy is treating the broken line like a normal bar line (see the follow-up ♯ before d♯1 in measure 46, beat 5), but sometimes also not (see measure 41 where on beat 6 it must undoubtedly be c♯1, not c1, but Debussy did not put down a new ♯).

The addition of the sharp (♯) before c1 in measure 40, beats 4 and 6, as well as in measure 41, beat 6, as well as conversely the natural sign (♮) in measure 44, beat 7 (so that there is no chord repetition, which is elsewhere avoided), are still relatively clear, since there are reference chords (cf. the chord  f–a–c♯ that repeatedly shows up). By contrast, the placement of the accidental for beat 7 in measures 39–41 as well as 45–46 cannot be unambiguously determined. Harmonically conceivable here are actually several solutions with c/e♭, c♯/e♭ or c♯/e. Our edition, in which, as usual, all the added accidentals are enclosed in parentheses, offers the following solution: 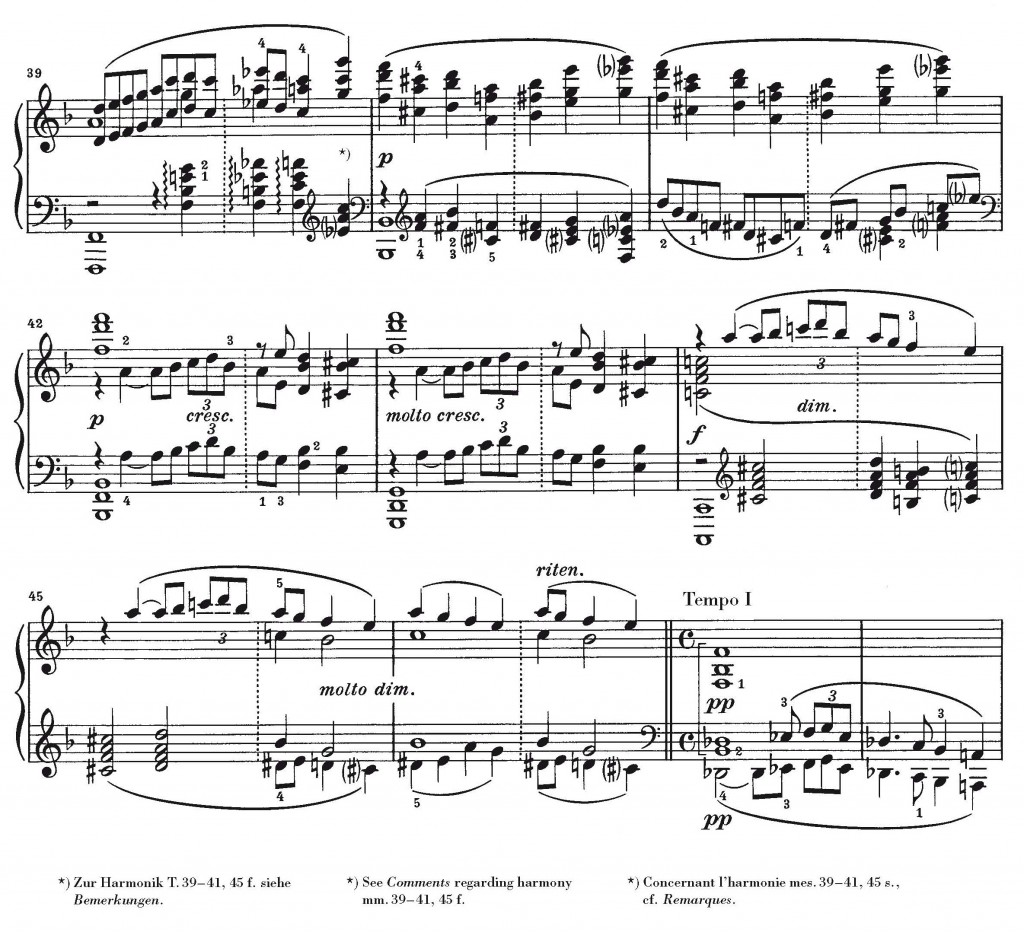 The comment section explicitly emphasises that these additions are only a recommendation and other editions offer differing solutions:

The question of accidentals cannot be unambiguously clarified philologically (unless the lost autograph shows up again), but even from a purely musical viewpoint, the passages remain equivocal. For here Debussy no longer uses harmony as a means of modulation in the sense of the “varietas” of traditional compositional theory, but as a sound phenomenon whose course is not random, but no longer follows strict norms.

In other words, we cannot offer musicians here any kind of clear Urtext, but merely propose a solution and emphatically point out at the same time the problematic nature of the passages.

What do you think, dear blog reader?

One Response to »Debussy in Urtext – Part 2: Unclear harmony in the piano piece “Nocturne”«