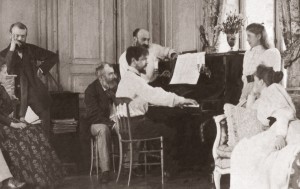 Debussy at the piano

Editors of Urtext editions have added a new medium as a possible source for the period from about 1890 onwards:  historical recordings, whether played by interpreters closely associated with the composer, or even by the composer himself. This is especially true of composers’ recordings of their own piano works, since most composers of the time were also good pianists who even performed in concerts. In conjunction with recordings by Debussy and Ravel of their own piano works, Peter Cossé has left us this beautiful bon mot, ‘acoustical view under the pianistic rock of music history’.

At first glance, such historical recordings present first-rate sources, because who better can convey the sound of the score than the composer himself? But at second glance, the twofold change of the medium (the composer’s idea of the sound → notation as music text → realisation of the sound idea based on the music text) presupposes a multitude of questions and problems. It is only in very special cases, when the recording is the composition’s or improvisation’s only source (such as with the Drei Improvisationen [‘Three Improvisations’] by Isaac Albéniz, HN 953), that we can drop the discussion about the meaning of such recordings for Urtext editions. 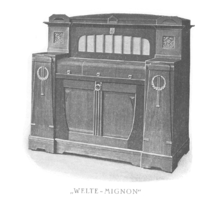 Whereas the early acoustical recordings (phonograph, gramophone) suffered very greatly from their poor technical quality, the mechanical reproduction methods developed since 1904 (Welte-Mignon, Duo-Art, Ampico) have the advantage of being free of disturbing background noise during playback and of quite accurately reproducing the respective recording. Transferring the playing to perforated strips, the so-called piano rolls, to be played back at will by a suitable, technically-prepared reproducing piano, meant sensational progress in reproducing at that time an original recording. For although the total duration could differ slightly depending on how the reproducing piano was set, the authentic reproduction of tempo change, dynamics and pedalling was assured.

Debussy left to posterity, besides three acoustical recordings of vocal music (1904), altogether 14 recordings of his own piano works, extant in six piano rolls, for playing on the Welte firm’s reproducing piano Mignon:

Debussy’s letter to Edwin Welte of 1 November 1913 expresses the composer’s enthusiasm about the results:

“It is impossible to achieve greater perfection in reproduction
than with the Welte apparatus. What I have heard has amazed me,
and I am happy to affirm this in these few lines.”

The exact date of the recordings is not known, but it was probably not too far removed from the date of the letter of thanks, that is, approximately at the end of 1912 or beginning of 1913, calculating the several-month’s time needed for producing the piano roll.

What significance can these recordings have for Urtext editions? To answer this, it is worthwhile expanding the view from Henle to other critical editions whose editors have arrived at quite disparate results. Debussy’s recordings are, as everyone agrees, of varying quality. In addition, structural issues of the reproducing piano entailed certain losses: Thus, not more than two different dynamic gradations were possible at one time, and the keyboard range in the bass only went down to C1 (so that missing, for instance, in the final chord of Danseuses de Delphes is the low B2).

Like other composers, Debussy took a great deal of freedom with the music text: Lacking in La plus que lente are mm. 90–97, remarkable insofar as thus dispensed with is the repeat of the dynamic climax of mm. 86–89 in mm. 94–97 (in accordance with mm. 46ff.). In runs he also occasionally altered the notes, or as in m. 43 of D’un cahier d’esquisses, the character (ascending instead of undulating motion, in which presumably not intended were the a flat1 instead of b flat1 in the second run as well as also the re-striking of the bass tones): 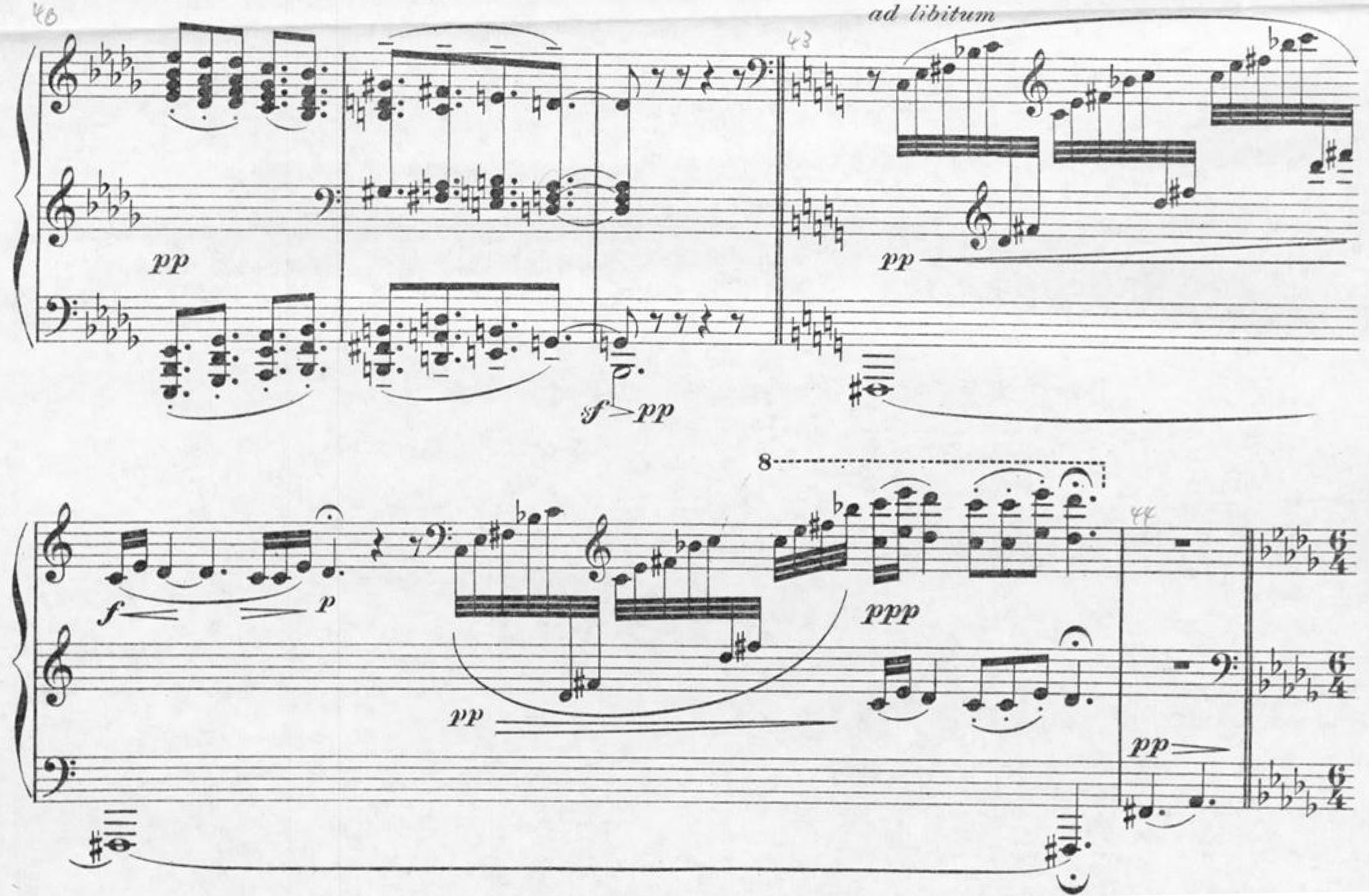 Ex. 1b: D’un cahier d’esquisses, m. 43 according to Debussy’s recording

Such findings reduce from the outset the use of these recordings as a source. It seems that the results are owing to the special situation of the recordings. That later Debussy did not stipulate any of his deviations in correcting the music text — at least this assumption isn’t documented — seems to confirm this assessment.

Accordingly, Michael Stegemann (editor for the Wiener Urtext Edition) views the significance of the recordings as more for the interpretation of the music than for editing it. They document a “rather unpretentious, anything but virtuosic piano playing”, but conveyed “a picture of the much-vaunted ‘clarté’ forming the core of his music: a little correct pedalling, clearly contoured lines, distinct rhythmic accents contradict the cliché of ‘Impressionism’.” Consequently, the recordings in his editions are consulted only in doubtful cases.

For Roy Howat (Durand), the recordings also represent secondary sources. But their differences are not only documented in comments, but can occasionally also be incorporated into the music text itself, as shown particularly by the case of La Cathédrale engloutie. Debussy’s metronome marking 6/4 = 3/2 at the start of the piece apparently refers to the multiple changes in the time signature and, accordingly, to the beats: Beginning in quarter notes, then, as of m. 7, in half notes, from m. 13 back again in quarter notes, etc. In his recording of this Prélude, Debussy plays the half notes from m. 7 (and in analogous places) in somewhat the same tempo as he previously played the quarter notes. The change of metre leads to a change of tempo, which is not stated in the written sources. 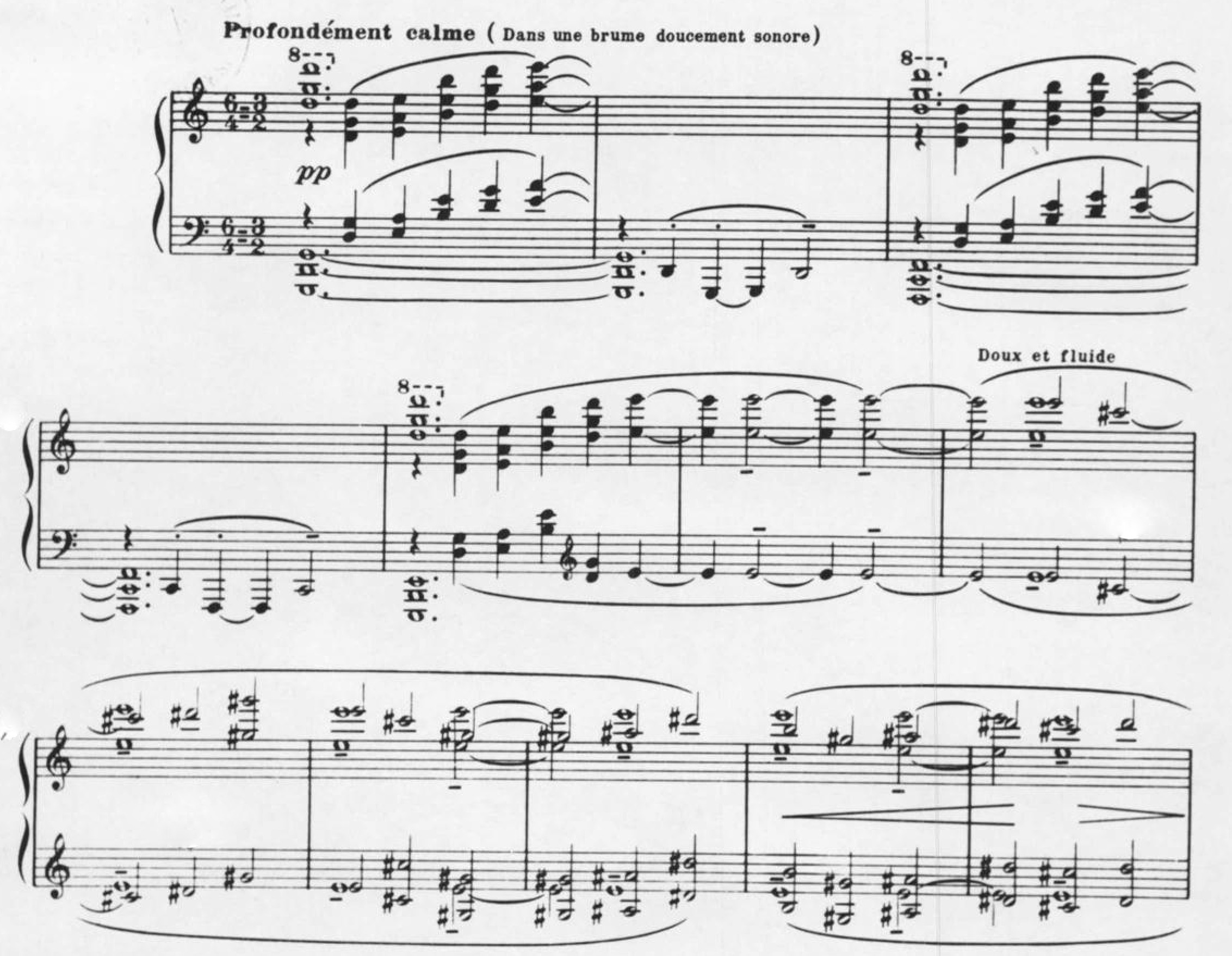 With reference to the recording, Howat adds to m. 7 [half note = quarter note] and to m. 13 [quarter note = half note] as well as correspondingly to the analogous places. But is it really conceivable that Debussy, who often notated such value relations in his scores, had simply forgotten these markings?

Here, Ernst-Günter Heinemann (Henle) expresses considerable doubts. When asked what source value Debussy’s recordings have for his Henle editions, he takes a clear position: They are important because of tempo questions, as in the example shown, but overall they would not have the value of the notated sources (thus, that of autographs or printed editions), being otherwise rather secondary. Accordingly, he does not intervene here in the music text, but merely refers in a footnote to Debussy’s tempo marking (in Préludes I, HN 383):

Thomas Kabisch (Bärenreiter) advocates a similar solution with a footnote. He assumes that an “outwardly uniform motion of sound is inwardly modified by changes of the tactus’, that is, the tempo acceleration results from the structure of the music and the identity of its core figure.

After all, adds Heinemann, the recordings help to clarify disputed notes or note values in individual cases. Another example of this is again D’un cahier d’esquisses: As can be seen in the music example 1a, Debussy does not notate any sign before the lowest note in the chord of m. 42. The composer’s recording confirms that it should sound B flat1 (not B1, as the previous measure could suggest). At the same time, Debussy’s playing in m. 43 corrects the wrong note value in the first edition of the tied note d1 (fourth from last note before the fermata), namely a dotted eighth note instead of a dotted quarter note.

The Welte-Mignon recordings have been re-released on CD several times, but are also available via youtube.

6 Responses to »Debussy in Urtext – Part 3: Debussy’s recordings of his piano music«