Correction in the proof of Masques.

Needless to say, every editor of an Urtext edition wishes to have a source situation as complete as possible, starting from the first sketch of a work up to the authorised edition appearing in the composer’s lifetime. A particularly important link in this chain are the autograph corrections from the galley proofs, since they connect the engraver’s model with the first edition and help to account for differences between these two sources.

But just these galley proofs – in keeping with the purpose of such proofs – are only rarely extant, since after the corrections were made they were without further value for the publishing house and /or the engraver and were as a rule therefore eliminated.

It was customary around 1900 to send composers two sets of galleys to check; though depending on the work’s size, scoring and level of difficulty, further proofs were also possible, necessitated by heavily corrected earlier proofs. Extant for at least three of Debussy’s piano works are still such corrected galley proofs, namely, for the Suite bergamasque (published by Fromont in 1904), for Masques (Durand, 1904) and for the first volume of the Préludes (Durand, 1910). The galleys for the last-mentioned composition stayed at the Durand publishing house and are thus to this day not accessible to outsiders; Debussy asked to have back the galleys for the other two works, and they are located today in the Paris Bibliothèque nationale de France. 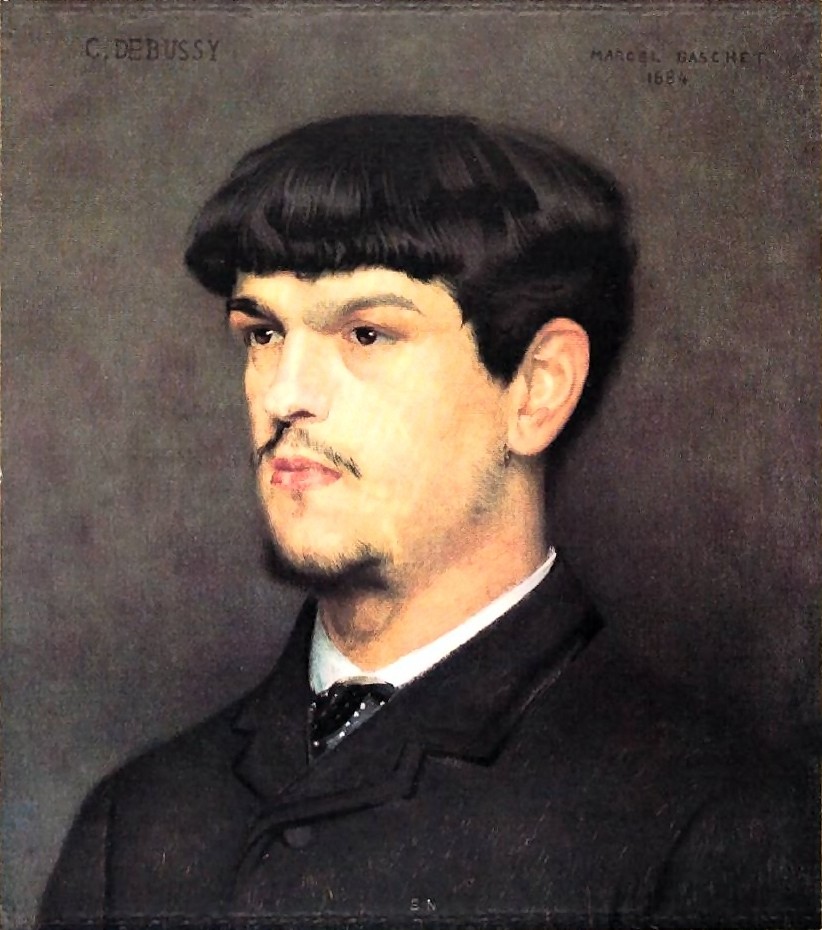 In the following, let’s take a closer look at the galley proof of Masques, one of Debussy’s few larger single works for piano, though it is still somewhat in the shadow of its better-known sister work L’Isle joyeuse. The galley, also accessible online, is probably a second proof. For it shows in some places changes to the autograph that Debussy must have made in a now-lost first proof. The extant galley proof is, conversely, so close to the published first edition that a further proof can be excluded.

Even here it is worth looking into this link between the autograph, serving as engraver’s model, and the first edition. The composer’s subsequent interventions in his music text can be confirmed by the extant galley proof. If we compare, for example, measures 361–364 in the autograph and first edition, we notice that the warning against a possible tempo slowdown intended by the performance instruction (sans retenir) is shifted from measures 364 to 361. 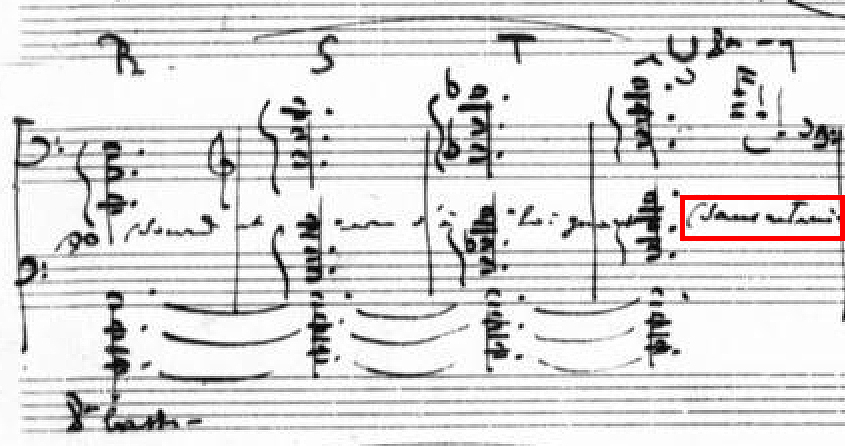 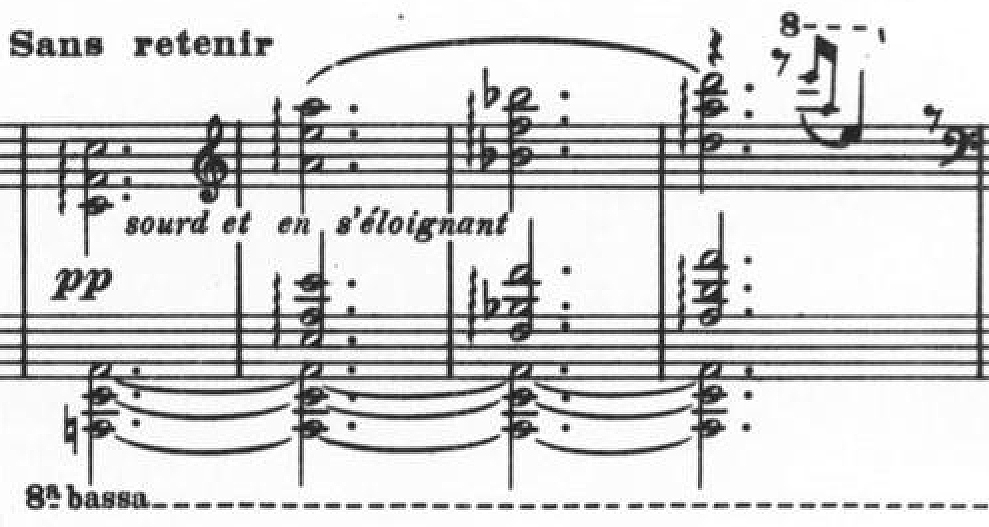 If we had only these two sources, we would certainly give preference to the reading in the first edition, for the instruction is in fact not only shifted forward by three bars (which could well be an engraver’s oversight), but also highlighted, furthermore, by its placement in larger print above the accolade – such a difference is likely to go back to only the composer himself, and as expected, the galley confirms the autograph change:

But Debussy’s corrections in the extant proof do not merely settle questions, but definitely also raise new questions, especially concerning the correction in measure 27:

At first glance, the correction seems unproblematic: Debussy changes the accidental of the middle note in the lower stave, from the printed G sharp to a G. Since here the autograph also has G (without the natural sign), Debussy is thus merely correcting an engraving error. The look at the parallel passage, measure 296 (an abbreviated reprise follows as of measure 278), seems to confirm the issue, for here also the autograph has no accidental, notating thus G. Printed in the corresponding spot in the proof, though, is likewise a G sharp, here, however, without any correction entry, so that the first edition also shows the G sharp:

1) Did the engraver actually misread it twice and inadvertently put a ♯ before the note G in both measures 27 as well as 296? Actually, rather unlikely, because Debussy wrote out both passages despite the note-for-note repetition (at other spots he used letters for identical passages and wrote these in blank measures as a reference to repetitions). Moreover, Debussy would then have overlooked the engraving error twice in the no-longer extant first proof – likewise, not very plausible. As soon as we exclude these possibilities, however, the conclusion is that Debussy added a ♯ before G at both spots in the first proof, thus deliberately altering the note. If so, the correction in the second proof in measure 27 signifies a retraction of the change. Now, both G as well as G sharp are harmonically possible at this spot, for Debussy moves between the two poles of E-flat major and F-sharp major with various intermediate stages.

The next question is even more important for the edition:

2) Do we also follow the autograph for measure 296 with G on the assumption that Debussy simply forgot to retract his change here? Such a procedure seems obvious, but on closer examination the passages mm. 22ff. and 291ff. both show small differences (e.g., p expressif in m. 22 as opposed to p in m. 291, slur in the left hand, mm. 22–23, as opposed to mm. 291–292), so it is by no means inconceivable that the notes should also include such a small variant. Ernst-Günter Heinemann, as editor of the Henle Edition of Masques (HN 406), decided to keep the G sharp in line with the galley and the first edition in measure 296, but with a footnote at both spots, detailing the single note difference as explained by the source situation. This ensures that the interpreter, even when playing G in measure 296, knows about the correction in the proof and its associated problems.