Posted on October 1, 2018 by Wolf-Dieter Seiffert

Yesterday evening I was once again sitting in the party tent at the world famous Munich Oktoberfest with a good Mass Bier***). Facing me sat four rather odd-looking men who introduced themselves as “perennial musicians”. I didn’t really quite catch their names (for the band in the tent was very loudly playing “music”). But their appearance and their speech certainly seemed somehow weird to me, in fact, “old-fashioned” – then suddenly it hit me, WHO they were, sitting at my table. Hard to believe, but for sure!! 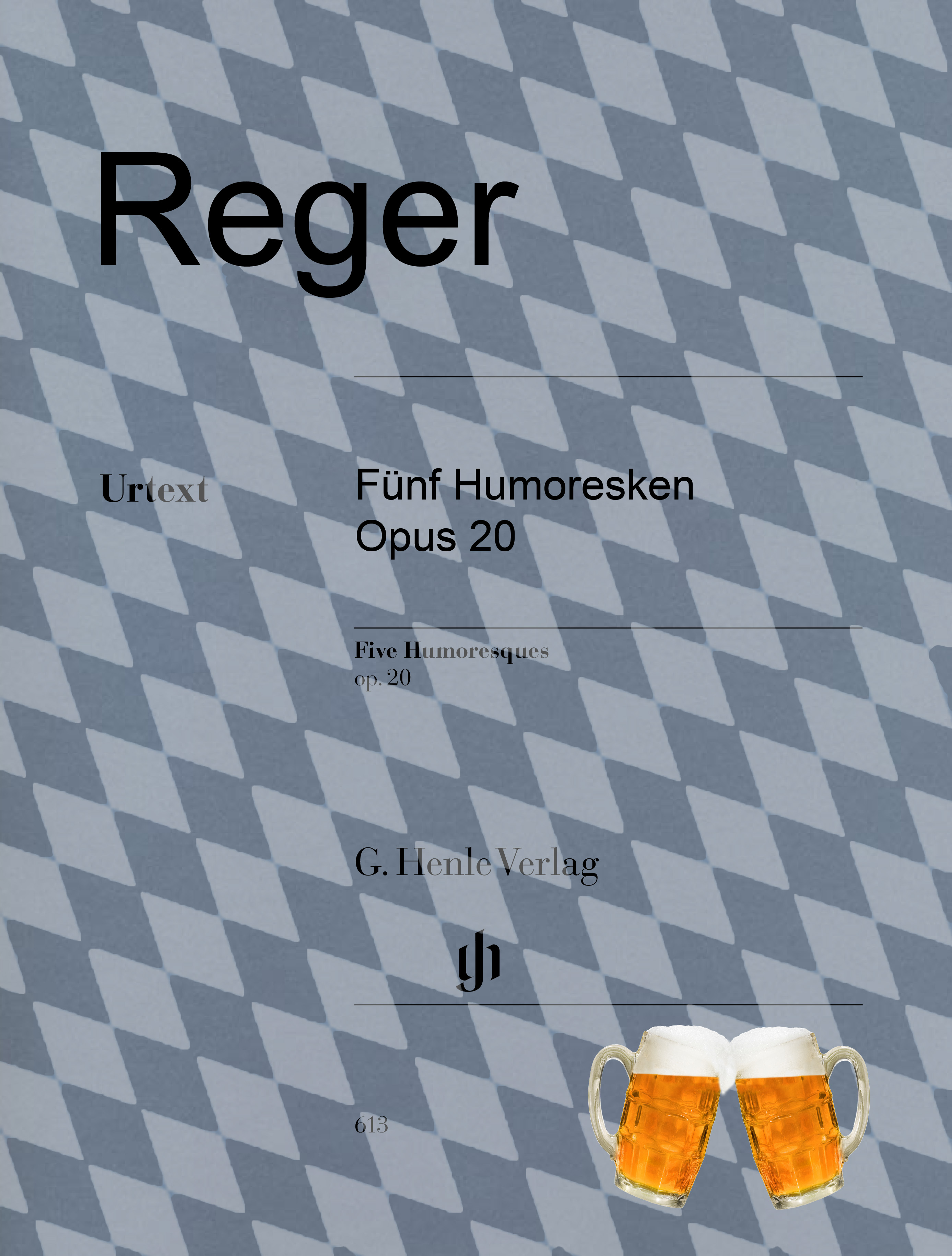 “Well, gentlemen, shall we now order another Mass Bier?”, asked the most elegant one in a cultivated Garmisch dialect. “High time, very high time!” exclaimed the pudgy one with glasses on his nose, grinning, “I’m dying of thirst!” – “I’m not counting, valued Fugue-Reger, he he, Reger-Euguf, and go ahead, of course, indulge in your 11th Mass Bier. But don’t you think we ought to go about it a bit mezzo-piano?” weighed in the one with the high-pitched voice, whom they fondly called Amadé (or some such). “Oh, come on, let’s still enjoy the good Bavarian beer at least once a year”, reckoned the one from Garmisch, “especially as we Bavarians do indeed drink beer so temperately” – thereupon, Amadé pipes up again: “You probably mean – dear Kapellmeister Richard – temperate in volume?” – “How do you actually like the new G. Henle publishers’ cover, esteemed Bavarian colleagues? Henle is certainly genuinely Bavarian – but don’t you think the cover is pushing it a bit too far?” asked Max in the round. His question, though, totally disappeared in the band’s A-flat major Ein Prosit der Gemütlichkeit! and mugs were raised all around in a toast. “Now where is our Ludwig? Wasn’t he just here?” observed Amadé, looking around. At that, Kapellmeister Richard said: “He’s probably gone searching again for his distant beloved; there are certainly a lot of really pretty Madln****) here …”. – “Next year, we’ll bring Franzl along again as a guest from Himmelpfortgrund [Vienna], he’s so much more amusing than the perpetually grumpy Ludwig from the Rhineland”, opined Max, who gratefully beamed at the waitress as she set before him a fresh Mass Bier. “Now let’s all toast the angel Aloysius who year after year has us come down here to the Wiesn. Bottoms up, gentlemen – and three cheers!”

I would really like to have toasted their Aloysius with the gentlemen, also absolutely wanted to discuss with them our new cover and Urtext basics, and just get into a conversation at all with them, but then unfortunately they somehow got lost to sight in the beer-tent turmoil. 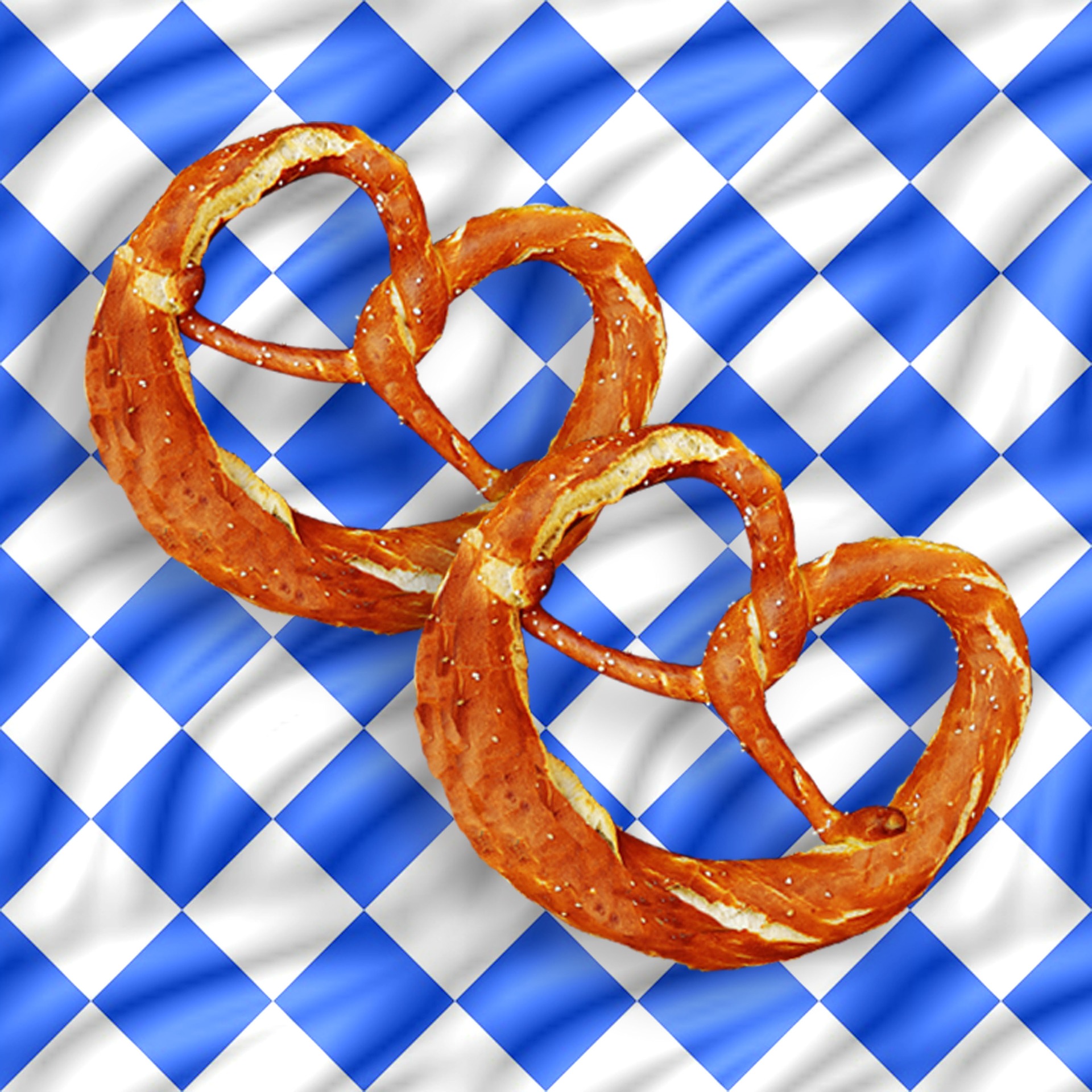 PS: Here, but only for my hardier Bavarian readers, is the ever wonderful, original Bavarian story of the Munich angel Aloysius.

PPS: You can see Aloysius with his harp soaring in the beer-tent canopy, incidentally, in the brief video clip at the beginning of my text.