Posted on October 15, 2018 by Norbert Müllemann 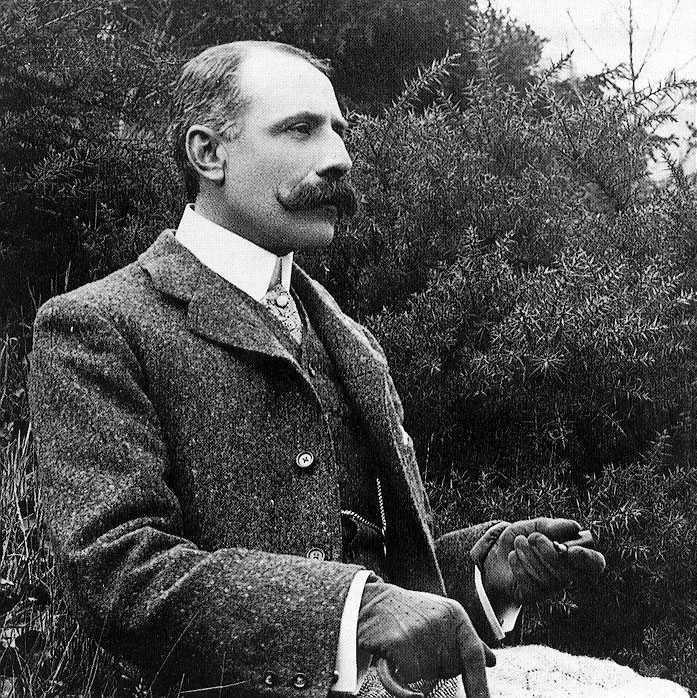 Many Urtext editions and their sources cross the desk of an editor at the G. Henle publishing house – but we are seldom dealing with such a comprehensive source documentation as is the case with Elgar’s violin sonata. Nearly every step of the work’s genesis can still be re-traced today, and yet in preparing this edition its editors were constantly confronted with unresolved issues – how could that be?

In August 1918 Elgar’s wife Alice mentions in her diary: “E. writing wonderful new music, different from anything else of his. A. [i.e., Alice herself] calls it wood magic. So elusive and delicate.” The start of work on this “Wood magic [reference to the location of their country manor near the Fittleworth woods in West Sussex?]” is captured in sketch material. We see literally how Elgar initially recorded crucial themes that he wanted to develop further later on. Before the first accolade of what is apparently the first sketch you will find Elgar’s remark: “1. idea”. This “first idea” consists of the opening bars of the first movement, and it appears that Elgar actually worked through the entire sonata from “start to finish”. The sketches for the 2nd movement play there a special role, for here he enshrined in music his response to sad news from his circle of friends (a death and an illness). This is existential music that Elgar sent – an exceptional instance – in the sketch stage to the woman friend injured in an accident, so that she could share in the composition: “This I wrote just after your telegram about the accident came & I send you the pencil notes as first made at that sad moment.” The sketches still extant today are in fact snapshots giving us an insight into Elgar’s workshop.

The complete sonata must have developed out of the sketches fairly soon, for as early as September Elgar played through the work with his friend, the violinist William Henry Reed. To do this, he made autograph fair copies of both the violin/piano score and a separate violin part. He evidently needed several attempts here, for extant are autograph drafts coming, so to speak, between sketch and fair copy, and indeed of the second movement (violin part) and the third movement (violin/piano score and violin part). These drafts start out for all intents and purposes as fair copies, but we can see literally how Elgar begins to correct, deletes, rewrites and finally discards the whole manuscript.

In order to keep track of the many manuscripts, he finally recorded the respective current correction status on the title pages, noting, e.g., “corrected” or “not revised”.

On top of that, the trial play-through with William Henry Reed initiated a new correction process.  The fair copies include numerous erasures, corrections in ink, but also in various red and blue pencils. Different hands can be detected as apparently both Elgar and Reed made entries. To complete the confusion, the correction states of the separate violin parts differ from those of the violin parts within the violin/piano scores. 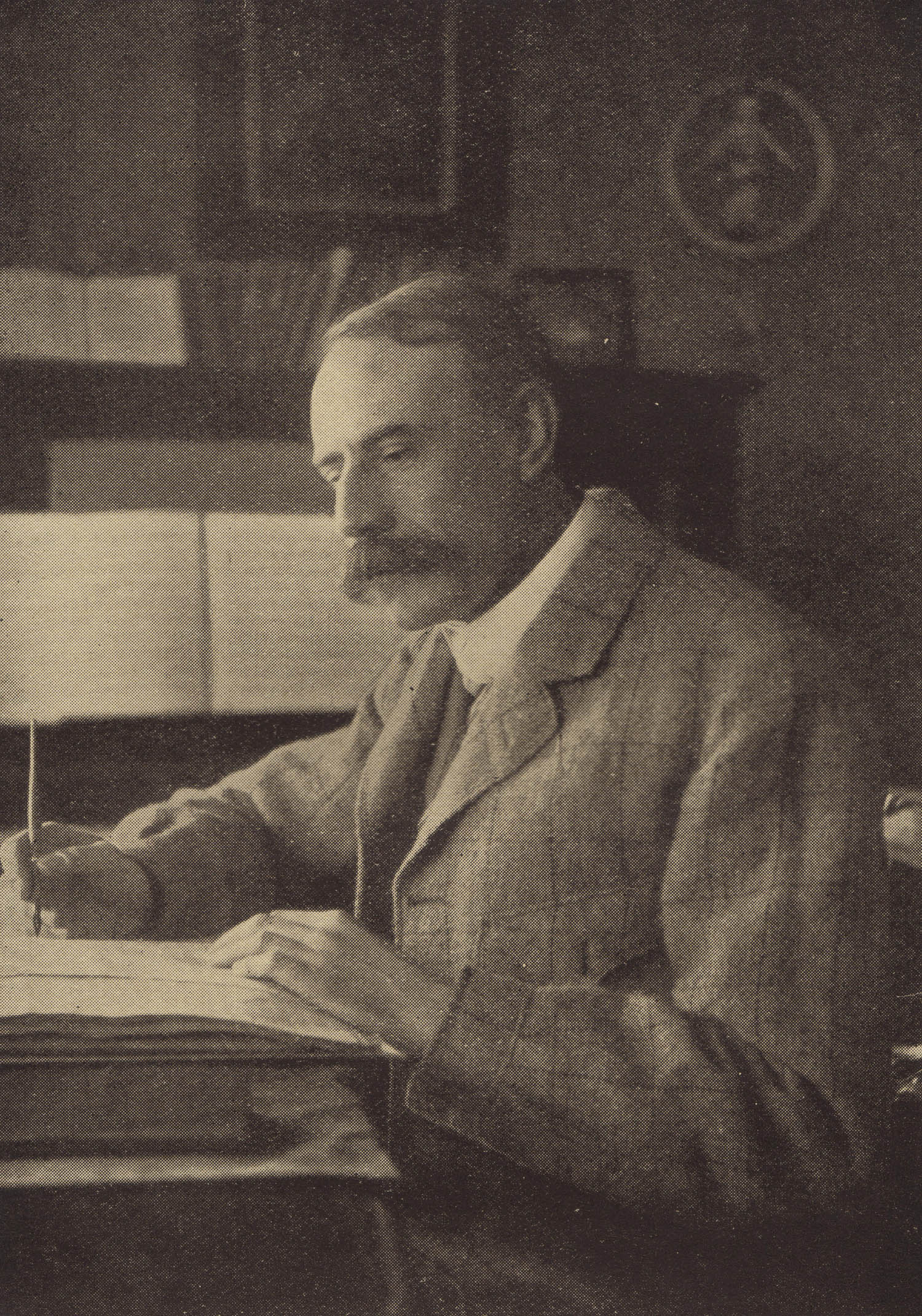 And yet Elgar decided to send these fair copies as engraver’s models to the Novello publishing house. In order to clarify which model is applicable, there are, in addition, indications for the publishing house on the fair-copy title pages, such as: “bowing incorrect | engrave from score”, or something similar. And Elgar even went so far as to make the effort to optimise good page turns, stipulating: “to printer: […] As to, ‘turn over’ see pp 3&4, turns over might come anywhere where this mark is placed.”

We see in these autographs a composer who not only meticulously corrected his work, but who also wanted to keep maximum control over the entire production process. And the story is still not over: The differences between the autographs and the first edition clearly show that Elgar very thoroughly read the galley proofs and even changed details at this stage, adding indications and stipulating, for example, dynamic markings. Fortunately, such a set of proofs with his entries has survived. But this set of proofs does not explain all the changes between autograph and published first edition. If we compare the readings, autograph – galley proof – first edition, then it necessarily follows that he read two more sets of galleys, and that amongst these three galleys, what is extant is the middle set.

As mentioned at the outset, such a complete documentation of the compositional process is rather rare. The first edition ultimately authorised by Elgar appeared in 1919, thus offering a precise score secured by all the rest of the sources. But does that musical text also leave nothing to be desired? When I put it that way, then probably hardly. Here are some examples:

At two places there are ties in the piano part of the autograph fair copy that have not made it into the printed version. Was this Elgar’s oversight? Would he actually have overlooked these ties during three proofreadings? I think the tie is more pianistically/musically convincing – what about you? 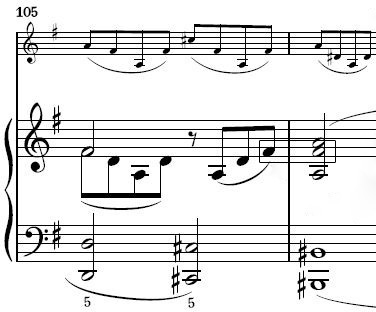 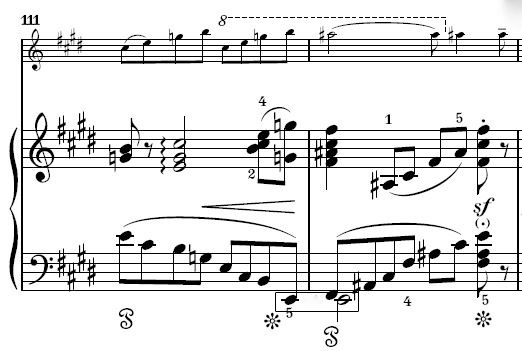 In the autograph tie E-E

In the fair-copy autograph of the 1st movement, bb. 271/272, there are the following fingerings for the left hand 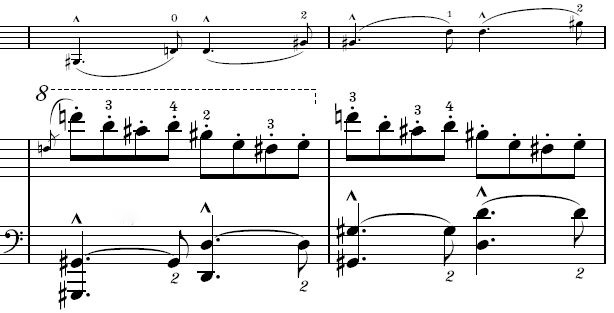 And, finally the dynamics in the violin right at the end of the sonata. The autograph of the piano score has

the autograph violin part has

What applies? Has Elgar lost control here of the various stages of correction despite all efforts?

All these questions will be addressed in the new Urtext edition, to be available towards the end of the year, and passed on to all violinists and Elgar fans. Here, you can hear a great interpretation of the work.