In the final part of our little series we want to put our Debussy editions to a practical test. And who could be more appropriate for this than the French pianist Pascal Rogé? He has been setting standards for decades with his concerts and recordings of 19th– and 20th-century French music, including making a highly acclaimed complete recording of Debussy’s piano works finished in 2010!

His collaboration with Henle publishers came, unfortunately, too late for his involvement with our Debussy editions; the last gaps in the three-volume collected edition were closed in 2011 (paper, HN 1192, 1194, 1196, clothbound HN 1193, 1195, 1197). Since then, however, he has contributed fingerings from his repertoire for many new releases, that is, for works by Chabrier, Fauré, Ravel, Saint-Saëns and Satie. 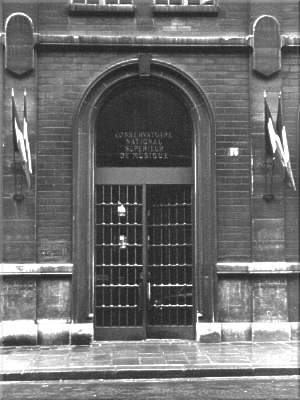 Mr Rogé, Debussy’s piano works were most likely already part of the core repertoire in the curriculum that you studied at the Paris Conservatory in the 1960s. Available at that time were only reprints of the original editions (published by Fromont, Jobert, Durand), with their numerous engraving errors and inconsistencies. Can you recall that your teachers expressed the desire for revisions or even for new critical editions?

PASCAL ROGÉ (PR): Of course, my teachers were aware of the many mistakes in the French (and only) editions we were using. Fortunately, my main piano teacher at the Paris Conservatory was Lucette Descaves, a former student of Marguerite Long who, as everybody knows, was Debussy’s closest and favourite interpreter, not to mention Ravel’s and Fauré’s. So I had a direct “link” with misprints and even more rare, with Debussy’s personal comments on interpretation. At the time there were no alternative editions, and my teachers were often hoping for the “re-printing” of certain pieces. But this never happened, and we had to wait for “foreign” editors to produce a more comprehensive edition. Such a silly situation is still happening today, for instance, with Poulenc’s music, with heaps of mistakes there and no hope of a “revised” version from the French editors… 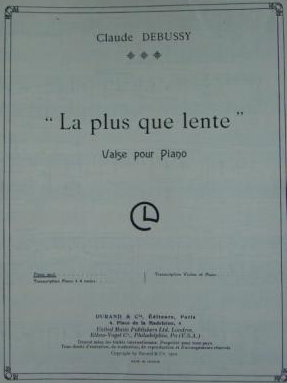 Example of a reprint of the original edition (1956)

Was there any awareness at all in the 1960s and 1970s of a critical musical text, that is, of producing a music text that would take all available sources into consideration?

PR: At this time, since it seemed that the well-known “Urtext” editions like those from Henle or other German publishers were dedicated only to German music, we thought French music would never get into those prestigious editions! Of course, as young students, we were not aware of the “copyright” and strict regulations of “monopoly” with publishers, so we were just disappointed not to have a truly critical text to follow.

After the copyright protection lapsed, the monopoly of original publishers (and their licensees) collapsed, so that editions could now even appear in other publishing houses. In 1983, Henle began its Urtext Editions of Debussy’s piano works. Do you still recall your first impressions upon becoming acquainted with these Henle Editions? Also, especially upon encountering the term “Urtext”, which was then still not so well known as today?

PR: As I said before, we believed that the word “Urtext” was reserved only for the German repertoire, so it was a happy surprise and a profound relief to see the first attempt by Henle for Debussy. And it immediately became my favourite edition, not only for the corrections of the music text but also for the precious notes and analyses and much information that was not available before Henle brought us a new vision of Debussy manuscripts, not to mention the layout of the score which made reading and playing so much easier and more convenient.

Could the Henle editions meet your expectations regarding printing errors or clear up previously obscure spots?

PR: Indeed, most of the well-known (and sometimes not so well-known!) mistakes were corrected and it was a relief to be able to trust a brand new “Urtext” edition and also have some precious comments on different sources, manuscripts and first editions.

I personally have memories of Marguerite Long and Lucette Descaves giving me “corrections” or comments made by Debussy that are still not included here, but I know from previous experience, that “word-of-mouth” is not sufficient documentation for an “Urtext” edition! I should have asked my teachers to write and sign those comments! But perhaps, since it would not be from the composer himself, it would still sound “questionable” to you…! 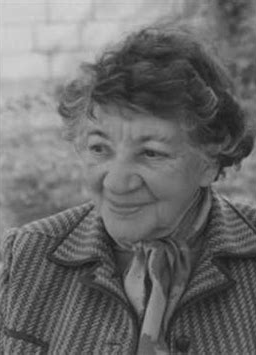 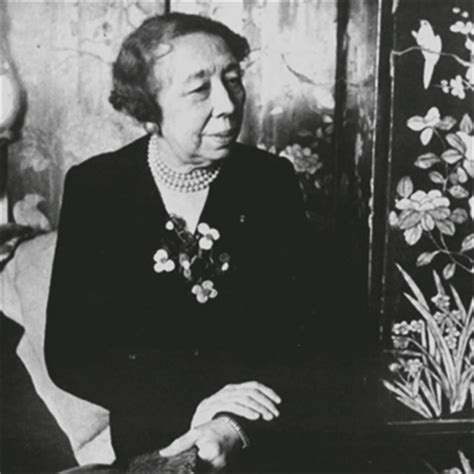 Yes, it is true that editors are generally very sceptical of oral traditions. After all, from the outset Ernst-Günter Heinemann, the editor of Henle’s Debussy editions, also included other sources – such as Debussy’s own recordings. In Pour les octaves, for example, no. 5 of the Douze Études, a Debussy letter led to a change in the Henle edition. In December 1916 Debussy advised the pianist Walter Rummel that the octave e2/e3 of the left hand in measure 4 (and all parallel measures) should be played an octave lower because it is easier to play.

Henle gives the lower octave and refers to the letter source in a footnote.

How do you play this spot?

PR: I play the lower octave, not because it’s “easier”, but because with more harmonics it gives a warmer tone to the passage. I believe that those “alterations” given by the composer to make the technical difficulties less challenging should be considered as “suggestions” and not as corrections; it is up to the interpreter to decide what sounds best. For me it is similar to fingerings: There a few examples where Debussy suggests a hand distribution that in my opinion does not serve the character of interpreting the passage; in that case I have no problem using my own fingering/arrangement to make the music sound better…it is a well-known fact that Debussy was not a piano virtuoso!

From your experience as instructor and competition jury member, to what extent is the special nature of Urtext Editions, the critical examination of the traditional music text, understood by students and scholars, especially with regard to Debussy’s piano works?

PR: I think that now all serious students and teachers have access to those critical editions, and they have no excuse for not playing the right notes! Nevertheless, I still see students in master classes bringing old French editions, thinking “only the French can be right”(!) and continuing to play basic mistakes!

Debussy’s numerous poetic titles and expression marks (such as dans une brume doucement sonore in the Prélude La Cathédrale engloutie) suggest visual representations of sound going far beyond the usual statements (such as doux or gracieux). Does the concept of “Urtext” editions reach its limits here?

PR: Yes, I think so and will add a personal comment about French music and Debussy, in particular, concerning dynamics and tempo indications. Not any “Urtext” edition will ever give a complete rendition of the colours and sound effects that Debussy was trying to suggest. I often mention to students how poor the musical notation is, in comparison to the imagination of a genius like Debussy. He often writes a pp on a chord, although it is already a passage noted pp, or puts an accent on a note that obviously is meant to be accentuated, but what else can he do if he wishes to indicate a “special harmony”, a change of colour, a shadow, a wind breeze, the change of moonlight?… All those “images” that are so essential to Debussy’s world, though there is no music notation to express them, so it is up to the interpreter’s imagination to “translate” those simple markings into a more complex range of colours and sound effects. The best “lesson” I remember from Marguerite Long was when I played Debussy’s Prelude “Des pas sur la neige” for her, and after a few bars she stopped me and said “It’s not cold enough….”! What a great way of challenging the imagination of a little boy, nine years old!

Thank you very much for this interview.

We do not know how the playing of nine-year-old Pascal Rogé sounded, but we can now hear how the mature pianist interprets the piece a good forty years later.