Posted on January 7, 2019 by Wolf-Dieter Seiffert

That Mozart, when writing carefully, graphically distinguishes between the dot and the stroke, ought to be beyond dispute to anyone knowing his handwriting. Though here we’re not going to argue about the performance-practice significance that this graphic distinction may or may not have. Today I want to present an extremely odd “stroke” notation of Mozart’s.

It’s about the tenuto passage (twice) in the finale of the string quartet in E-flat major K. 428 (measures 104—109, 251—256 of all parts). Mozart is combining three things here: the staccato stroke with both the fermata sign and the “tenuto” indication, a notation that I’ve never come across in any other work by Mozart or by any other composer: 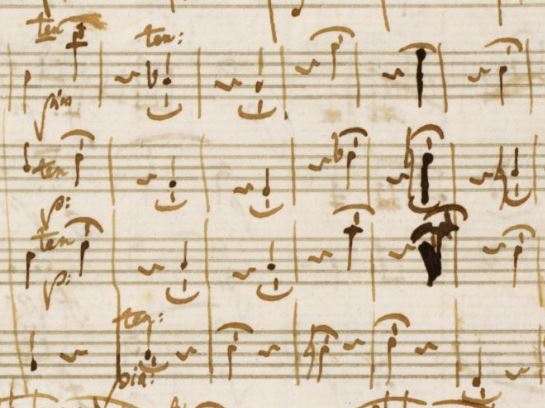 Not that Mozart doesn’t know how to notate a proper fermata: 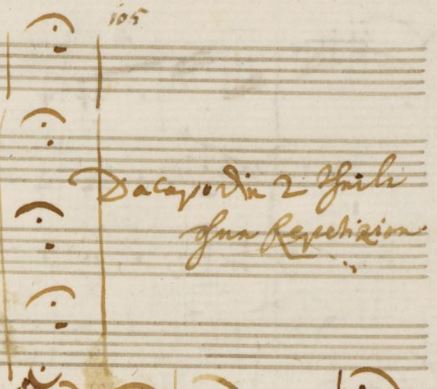 He always writes the usual fermata (here in a measure of general rest, m. 139) according to the rules, thus notating it as a dot (!) above or below a semicircle, just as his father describes it in his 1756 treatise on violin playing: ‘When a semicircle is placed over a dot [!] above a single note: then it is a prolongation sign [followed by a music example]. Such a prolongation is done according to one’s discretion: yet it must not be too short or too long, but be done with good judgement. All the ensemble players must watch each other…’ (Violin School, 1/iii/§19). But here in the finale of the E-flat major quartet K. 428 he undoubtedly wants a stroke instead of a dot.

Why? What does the fermata semicircle mean with a stroke (instead of a dot) with regard to the performance practice? What’s more, also with the “tenuto” (= held) indication, which Mozart writes, certainly probably in the sense of an implicit Italian word “simile”, only for every first note to be held (also even for the 2nd note in Vl 1). Several interpretations are possible in my opinion – I don’t know the answer, but I do have an idea. One thing is clear: It must NOT be a stroke for shortening the note, as is usual with a staccato stroke, for it would conflict with the “tenuto” and the fermata semicircle. It could therefore be an accent stroke (the modern “wedge”?), that is, every quarter note to be played clearly accented and somewhat sustained. This interpretation would perhaps conflict with the piano “p”. And finally (= my favourite explanation): It could actually indicate a BOW STROKE: thus, clearly setting off each quarter note by changing bow strokes (down / up / down, etc.) and playing détaché (following the rest in each case!). This interpretation would also fit the general meaning of the Mozart stroke sign as I generally interpret it – in contrast to the simple dot.

What strikes me at any rate in many recordings and performances of this “Allegro vivace” is that the basic meaning of the “fermata” (bringing to a halt) is mostly paid too little attention; so, as a rule, the quick basic tempo is far too little suspended, although the fermata sign and tenuto as such should not be in any doubt, right?

Here is a fine recording by the Emerson String Quartet. The passage in question can be found at timecode 25:54ff.

But musicians’ disregard of the feature of this passage/these passages – that is, as a temporary haven of peace within the context of great urgency, excitement and hectic rush – may also be owing to the smoothed-out rendering of these two passages in modern music editions. For just as the first edition did not know how Mozart’s customised notation was to be engraved (we see no fermata, no stroke, only the initial “ten”):

Notation in the first edition

So, in my opinion, even modern editions distort Mozart’s intention by following exclusively the text of the first edition and simply omitting all fermatas along with strokes (and adding the “simile” tenutos): 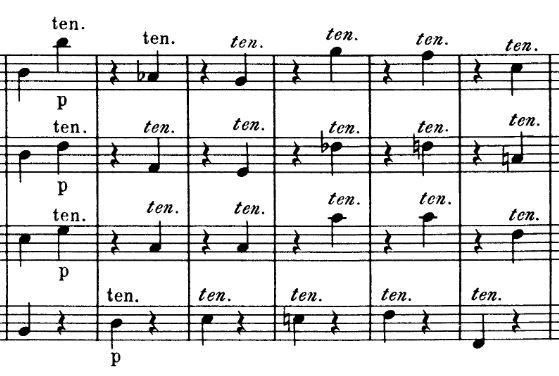 Notation in the Neue Mozart-Ausgabe

Now, I am already curious about how this will be played by my Armida Quartet friends with whom I have discussed the passage in preparation for the Urtext edition and for their CD recording. My Urtext edition (HN 7122), giving for the first time Mozart’s exciting, idiosyncratic “original” notation, will appear at the start of 2019! 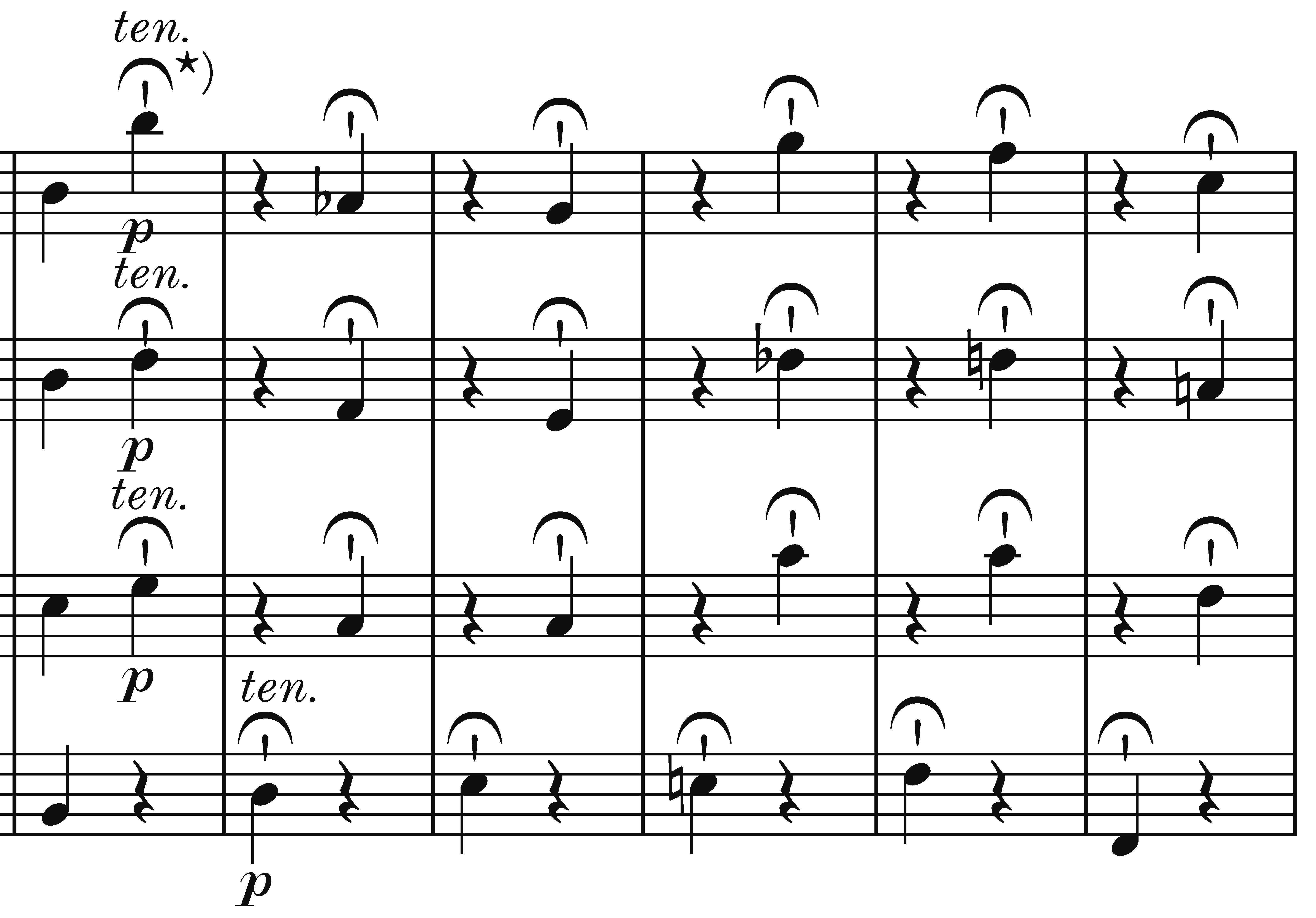 Reproduction of all signs in the new Henle edition