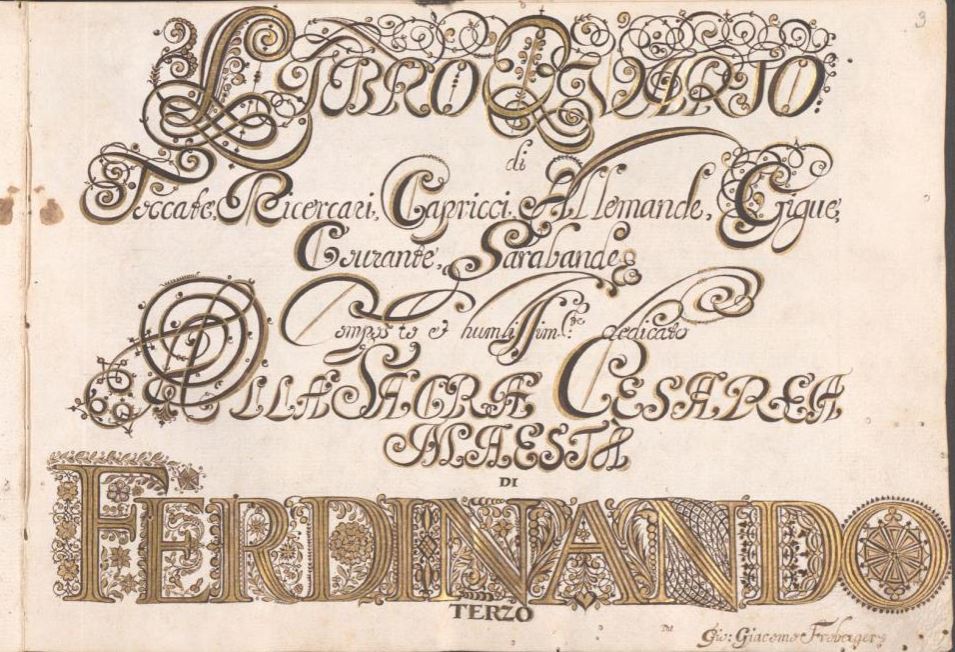 How time flies! – this hardly original realisation came to me as I began planning my new Froberger blog post a week ago, since I had the feeling of having just recently written the previous post on this topic. Not by a long shot! It was three years ago in 2016 when I introduced our edition to celebrate Froberger’s 400th birthday. But this cross section was supposed to be, so to speak, only an “appetizer”, an overview of the keyboard genres that Froberger employed time and again: toccata, fantasia, canzone, suite (Froberger would always use the equivalent term “partita”). The suites are without doubt his most famous works, and of these we have, of course, chosen for our edition of selected works the most popular one, the partita “auff die Mayerin” whose individual movements present variations on the popular folk song of that time. 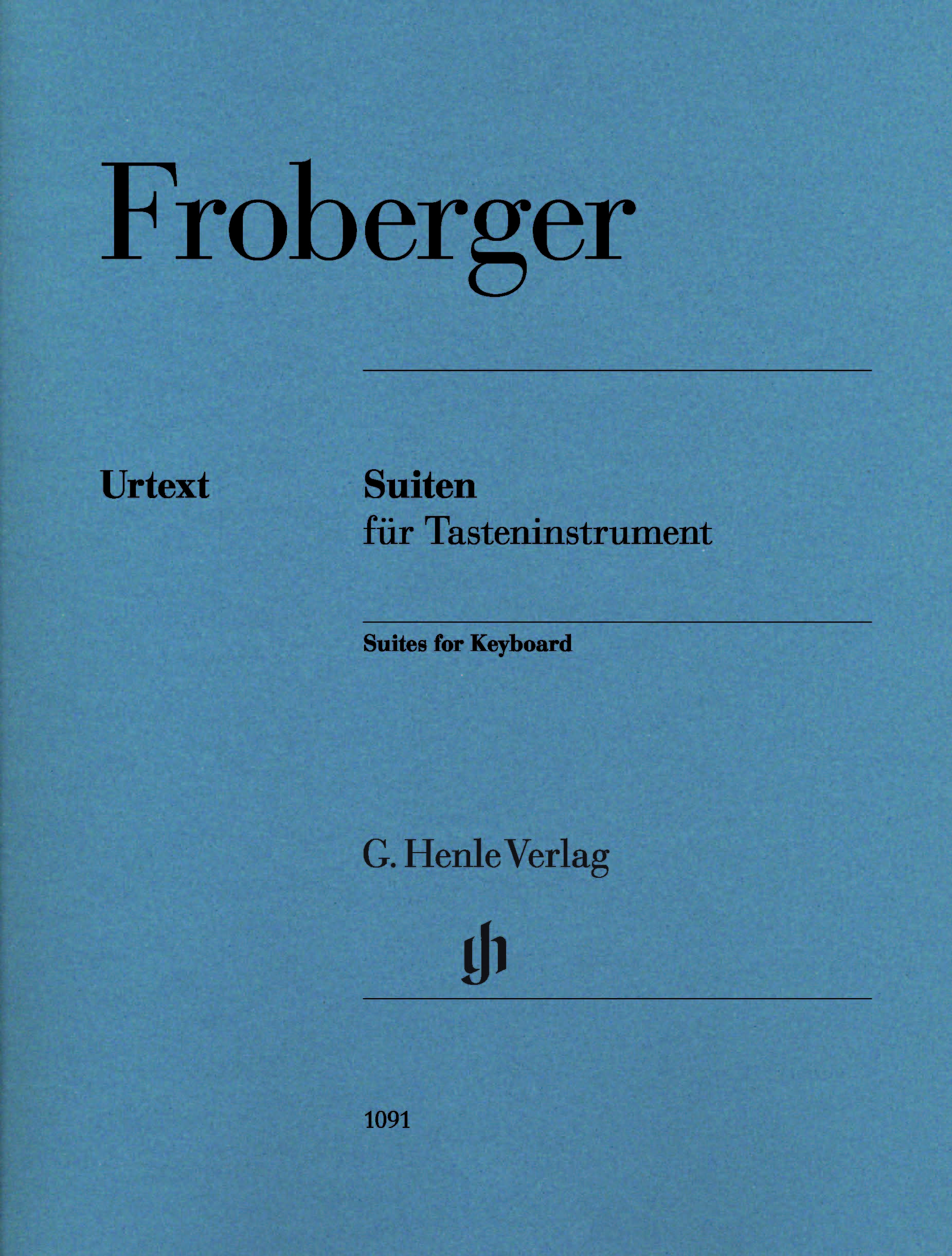 But, of course, this was not to be G. Henle publisher’s final word on the Froberger topic. Together with the Dutch harpsichordist, organist and musicologist Pieter Dirksen, we made plans to publish a larger collection of Froberger works.  Detailed consultations led to the decision to publish all the suites in one volume – a major project, on which we are diligently working. The edition is to include all the suites extant in autograph in the two large manuscript collections Libro secondo and Libro quarto, besides those attributed with some likelihood to Froberger and handed down in copies. Also included are, of course, the famous tombeaux and lamentations, bringing the volume’s total up to some 30 works. A heavyweight full of splendid music (of that I let myself be convinced, having become acquainted with this music from copy-editing it)!

For many of the suites, the source situation is excellent, indeed, even often “too” good (extant, that is to say, are often many sources for only a single work). The question regarding the composer’s definitive wishes is mostly easy to answer from the extant autographs of the pieces, becoming more difficult for those works handed down only in copies. For a multitude of sources transmits a multitude of variants – a sign that Froberger’s works were extremely popular and firmly entrenched within the period’s improvisatory performance practice. Here it is important to distinguish what probably does or does not approximate Froberger’s will. Hardly a very easy undertaking, not to mention that the music text of our edition is supposed to remain manageable, which is why only the most plausible of such variants are documented. Taking a bird’s-eye view of this edition is to discover that you are repeatedly going to be confronted with similar problems – and apart from the matter of variants, these are especially questions of accidentals. As our suite edition is not yet available (it will not be released until the end of the year), here are a few examples taken from the edition of selected works mentioned above. And perhaps one or the other reader will thereupon acquire this “appetizer”, if it is not already on the household music shelves.

The “Mayerin” suite consists of the lied theme (prima partita), followed by five variations (seconda, terza, quarta, quinta, sesta partita); the final two movements constitute a courante on the lied theme (including a double, thus again a variation of the courante itself), together with a sarabande on the same theme. All movements are based on the same motivic-harmonic scheme, appreciably broken up only in the partita sesta, a variation permeated by chromaticism. Froberger particularly varies the other movements with figuration and passagework alternating in both hands. Now the question is: Should the harmonic progressions in the movements really be absolutely congruent with the theme? Let’s look at the end of measure 6:

The lied turns here to E major, the secondary dominant to the following A major, ultimately leading to the tonic key of G major by way of D major. What happens now in the subsequent variations to this “E major”? The seconda and terza partita reproduce it faithfully, though in the quarta partita the passage looks like this:

The natural sign in our edition is not to be found in the source, it is merely a cautionary accidental, for we are reminded that according to notation customary up to Bach, an accidental is valid, respectively, only for the following note and not for the entire measure, let alone for all octaves (see the blog post from 12 May 2014). So, there is no trace of E major here, mainly owing to the lacking third; but also the notes c2 and d2 sound “weird”, as we might say rather informally. It also seemed “weird” to Guido Adler, who altered the two notes to c sharp2 and d sharp2 in his edition still considered seminal. Apparently, this idea must have come to him as an afterthought, since the accidentals have very obviously been added to the printing plates only later.

Can it be that Froberger just forgot the accidentals? Despite the old accidental rule, did he still regard the sharp accidental before d sharp1 in the first half of the measure as valid, even in the upper octave? Was his preoccupation with the theme so strong that he took “E major” for granted? And did Froberger simply forget the accidental before c2 to make it then c sharp2? Or are we simply hearing it wrong with “modern ears”, and the notes c2–d2 present no problem at all?

Most of these issues can probably not be settled ultimately. Only the matter of “E major” as a compelling reference to the theme can be relatively quickly refuted. In the courante, for instance, Froberger writes the same passage in e minor. So, it is by no means the case that the variations must be harmonically congruent with the theme.

In conclusion, let’s take a look at the quinta partita. Here, in the same passage we find the note c sharp that we so missed in the quarta partita, though a d sharp is still not also notated here.

On this point, incidentally, Guido Adler agrees with our edition.

The roots of the predicament here lie on two levels:

For the Froberger edition, these and similar questions are a daily issue, so I’m very curious to know what the blog readers think about this!