Posted on October 28, 2019 by Annette Oppermann 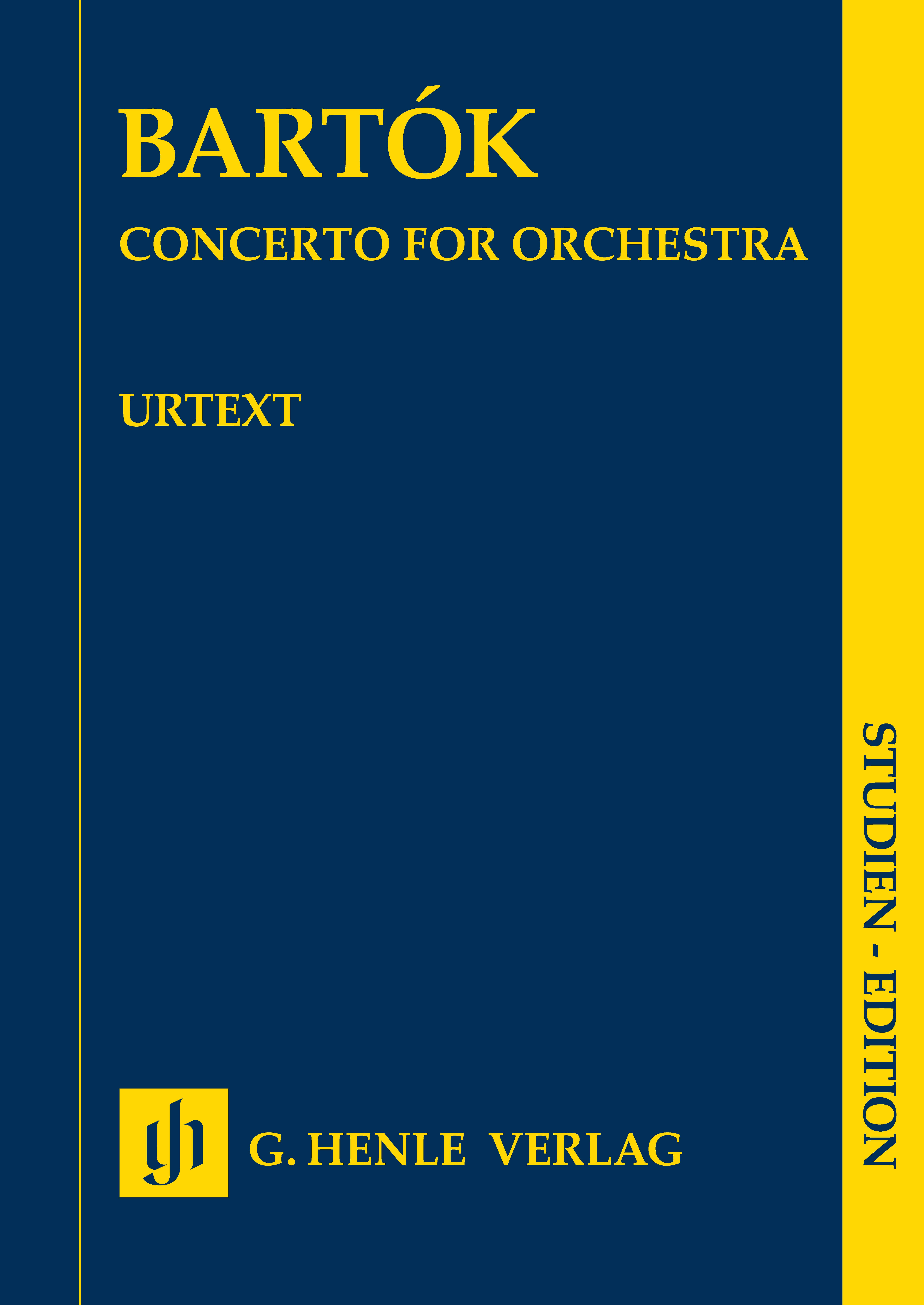 The great Hungarian composer Béla Bartók has finally entered the Henle catalogue as of spring 2016: First of all, with the Complete Critical Edition of his works that by this summer has already grown to four volumes; secondly, with the individual practical Urtext editions of his piano works based on the scholarly music text of this complete edition. These really offer meanwhile something for everyone, from the beginners’ repertoire (with the instructive books For Children and Mikrokosmos) via the  Bartók classics (such as the Romanian Folk Dances) up to the advanced virtuoso literature (for example, with the  Improvisations op. 20). But up to now one thing has been missing:  Bartók’s name in the series of our study scores in a handy format. So, we were all the more pleased to be able to fill this gap when in 2018 the Concerto for Orchestra was at long last published in the complete edition. 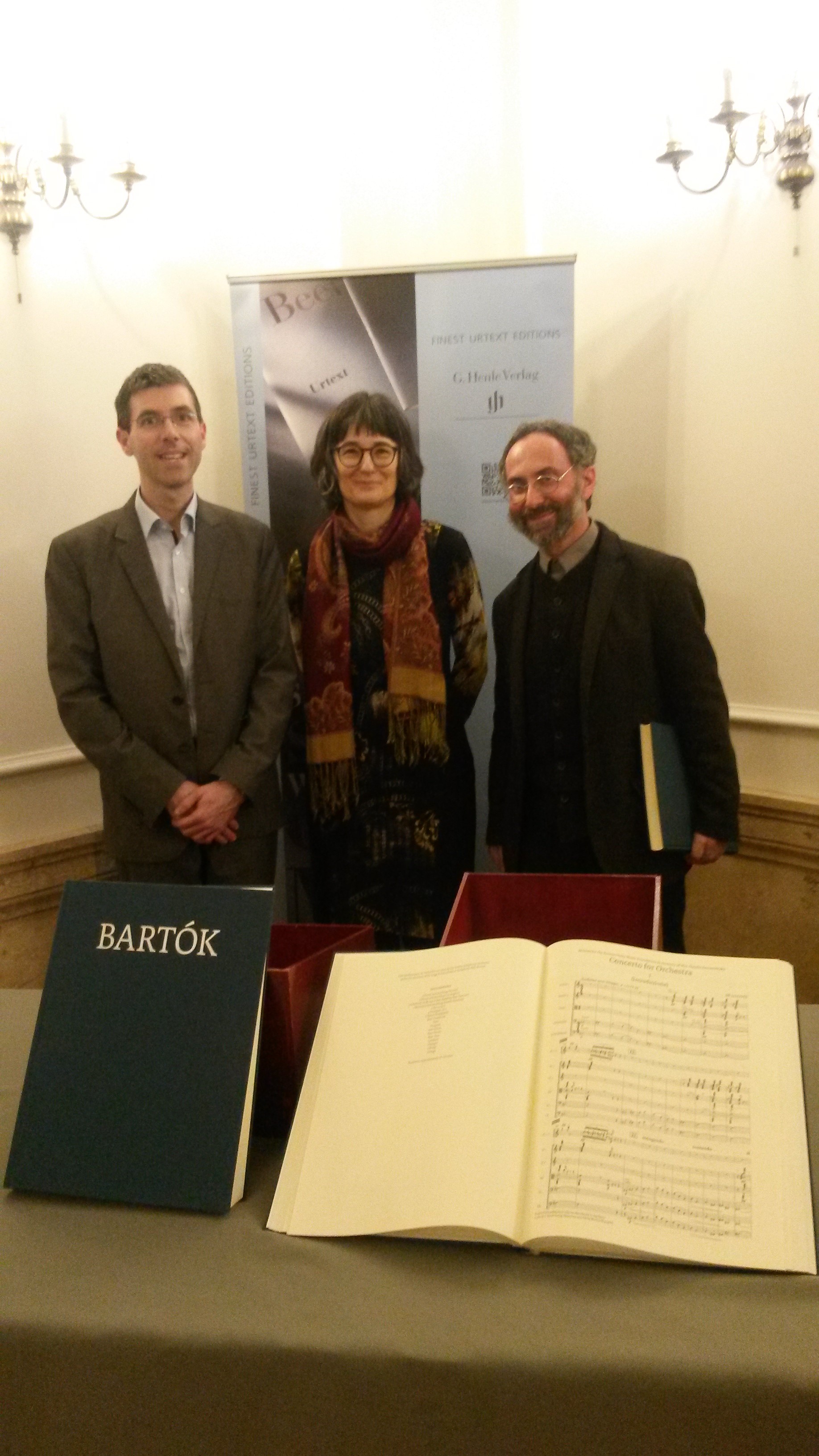 Márton Kerékfy, Klára Móricz, László Somfai (left to right) at the presentation of the volume of the Complete Edition in Budapest

Klára Móricz, the work’s editor, belongs to the close circle around László Somfai, the founding father who laid the foundation for the Bartók Complete Edition in Budapest over 20 years ago. The researcher Móricz, now living in the United States, journeyed last year to Budapest for the volume’s festive presentation and gave there a moving lecture on Bartók’s masterwork, whose philological research she had so long and intensively pursued from the transcription and analysis of the voluminous sketches right up to the search for early recordings and conducting scores.

And so this complete-edition volume offers a wealth of exciting research findings on this perhaps most famous of Bartók’s orchestral works:  Whether it is the question in the Introduction, occupying every admirer of the work, of what the alleged quotation from Franz Lehár’s “Da geh’ ich zu Maxim” in the IVth movement  is all about, which proves to be an ambiguous allusion to his colleague Shostakovich, who defamiliarised this melody in his famous ‘Leningrad’ Symphony as a symbol for the barbaric Nazi Germany.

Comparison of the melodies of Lehár, Shostakovich and Bartók in the Complete Edition

Whether it is the explanation under Notation of Bartók’s very precise ideas of an optimally designed music notation that was sometimes sacrificed to the publishing-house engraving rules during his lifetime and can now be partly taken into account again within the Complete Critical Edition. 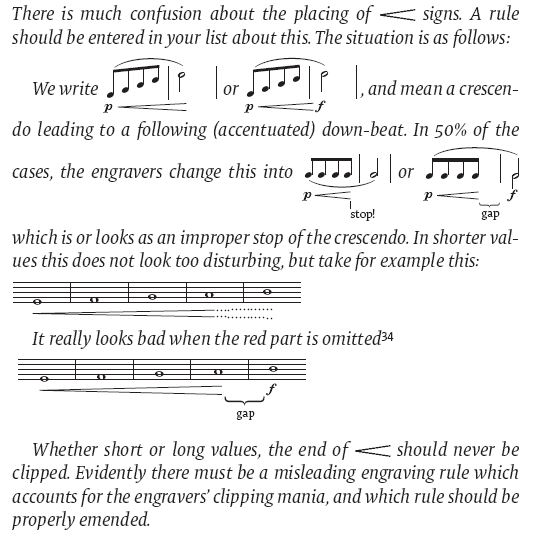 Or whether it is the meticulous transcription of and commentary on this work’s voluminous sketches in the Critical Commentary, which is already making material available for generations of musicians and scholars exploring Bartók’s musical work process. 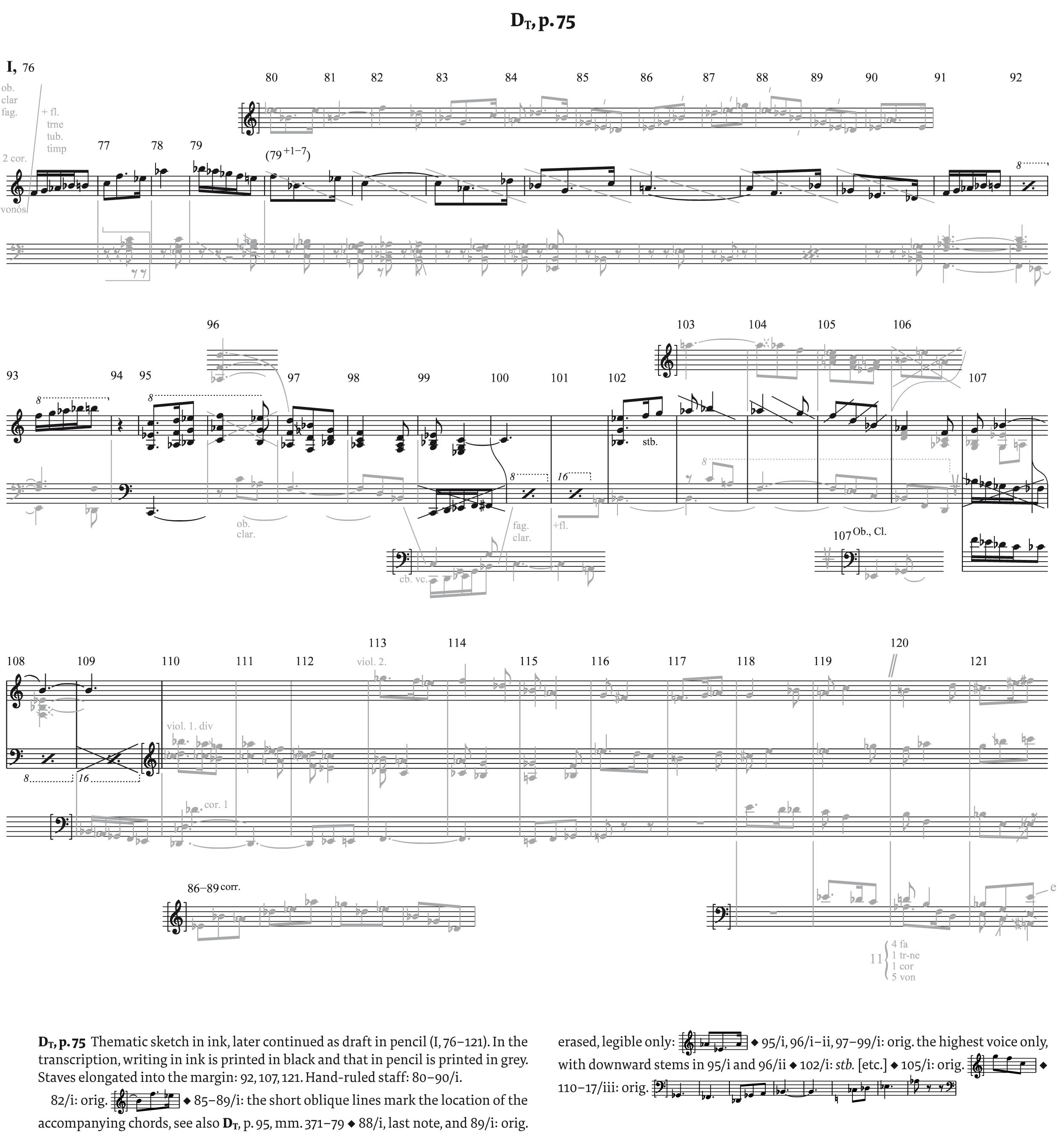 Sketch transcription in the Complete Edition. Click to enlarge.

Oh yes, and then there is indeed also still the 150-page score with a music text edited according to all the philological rules. Exploiting all the sources, Klára Móricz presents here a “Fassung letzter Hand”, finally satisfactorily resolving many of the questionable passages in earlier editions. Our study edition offers this score reduced to a format handy enough even to tuck into a small handbag. Preface and Comments are, of course, reduced to the essentials (so that the pocket score does not become a brick!), but the most important questions of genesis and edition are, of course, also treated here – for example, the evaluation of the two closings that Bartók bequeathed for this work. 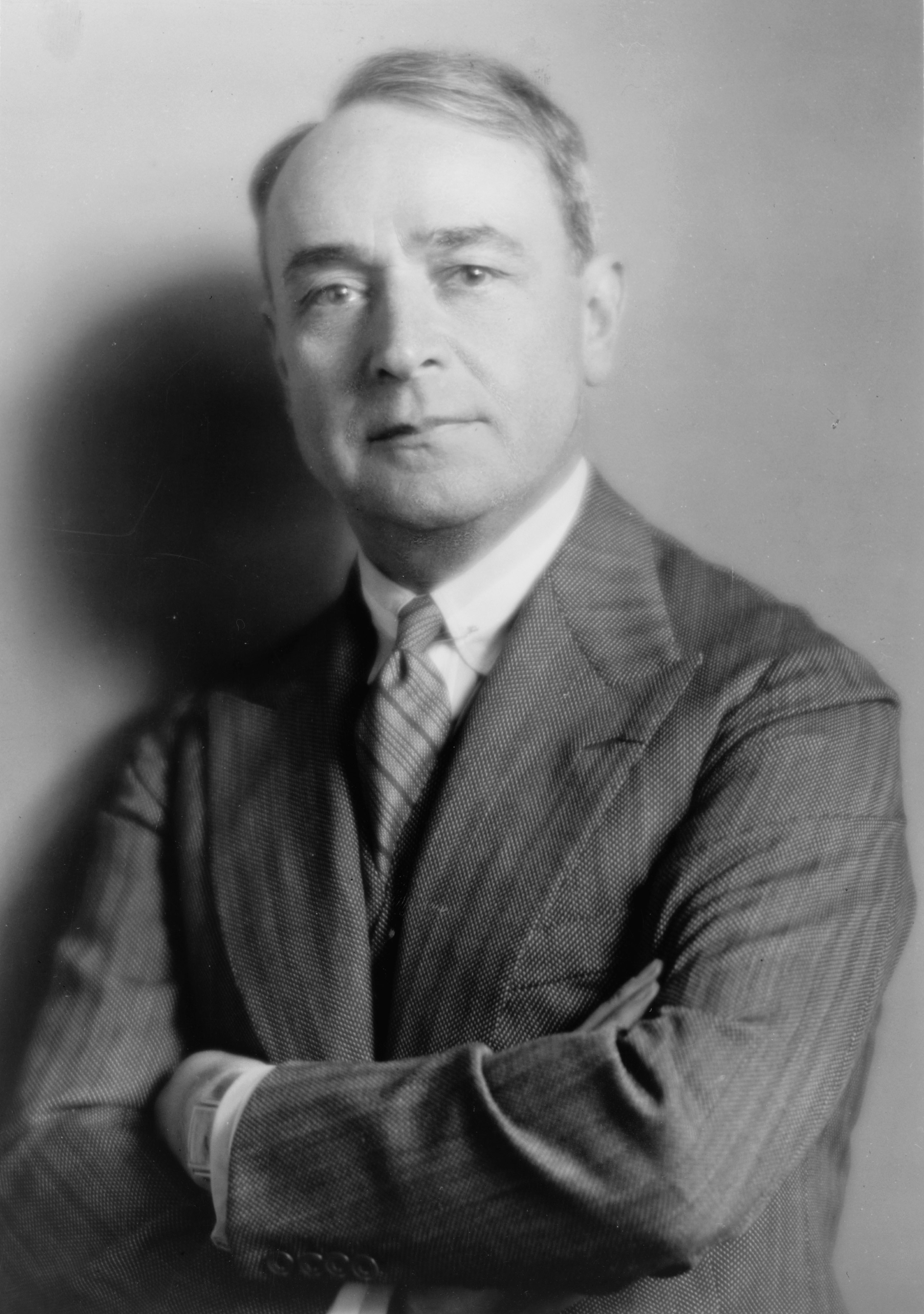 For in March 1945, shortly after the successful Boston première of the Concerto for Orchestra under Serge Koussevitzky on 1 December 1944, Bartók composed a second conclusion to this work, which is somewhat longer and more effective than the very abrupt original ending.  Since Koussevitzky thanked him for the new ending, we can assume that this came about as a consequence of the wish by the conductor who had also commissioned the work – though this cannot be documented. Owing to his death in September 1945, Bártok himself was no longer around to hear the conclusion known to us today, nor was he any longer able to supervise fully the score’s publication process by Boosey & Hawkes. So today it’s not clear whether choosing to present the two closings in the first edition is in accordance with Bartók’s intention: Following without comment (on the left-hand page) after the original ending is the later closing, headed “Alternative ending” (on the right-hand page), so that conductors could jump directly to the new ending – something they have been consistently doing for 70 years.

But how are these two endings now to be presented in a historico-critical complete edition? The brief answer is: as in the first edition. The longer answer was editorially given by Klára Móricz at an internal complete-edition meeting last year, cheekily presenting an example of how philological and practical aspects constituting a “definitive version” intermesh and sometimes lead to surprisingly simple solutions. To conclude, we quote her here:

Bartók himself designated the second ending alternately as “alternative” and “new”; his publisher Heinsheimer referred to it as the “new ending” in a letter in which he informed the composer about Koussevitzky’s satisfaction with it. The two designations have different implications: a new ending indicates that the second ending is likely a replacement of the first; an alternative ending means that the first and second endings are both valid and the conductor is free to choose between them. […]

So, thinking about the validation of almost seven decades of performance practice, I proposed that we switch the order of the two endings in the complete edition, and print first the second ending and then add the first as a historical document in an appendix. The new order would have acknowledged history’s judgment […] , and I must admit that it was also tempting to print the score in a new way, thus distinguishing the score of the Complete Edition from the […] scores published by Boosey and Hawkes.

But soon Márton Kerékfy [the responsible editor from the Editorial Board of the Complete Edition] began to worry about practical details of the publication. If we […] published the second ending first, we could not have added Bartók’s duration to the conclusion of the finale since Bartók specified the duration of the movement only with its first ending […]. Even adding the date of composition to the second ending would have been problematic, since the fair copy of the second ending did not have a date. And what would we call the first ending? Bartók obviously had no designation for it, so adding “first ending” or “original ending” would have been an editorial addition, requiring an explanatory footnote. We also could not have been sure that Bartók intended the second ending to overwrite the first. After all, there was precedent in his oeuvre to publish compositions with alternative endings. There was also something characteristically Bartókian in the abruptness of the original ending, even if it displeased conductors. Something that started as worrying about practical editorial details turned into scholarly concern: shouldn’t the Complete Edition present the two endings in their historically accurate order?

In the end, we decided to keep the order of the first edition, adding, though, an asterisk to measure 602 with a footnote to explain that “this is the point where performers can switch to the alternative ending.” One asterisk and a footnote might not be considered significant gains in the long process we spent thinking about this question. I am still glad that we gave serious consideration to a radical option and that our final decision to follow the first edition was not simply the result of convenience, but a serious consideration of its pros and cons.

One Response to »At long last: Bartók’s Concerto for Orchestra is now also in a handy format«