Posted on December 9, 2019 by Norbert Müllemann 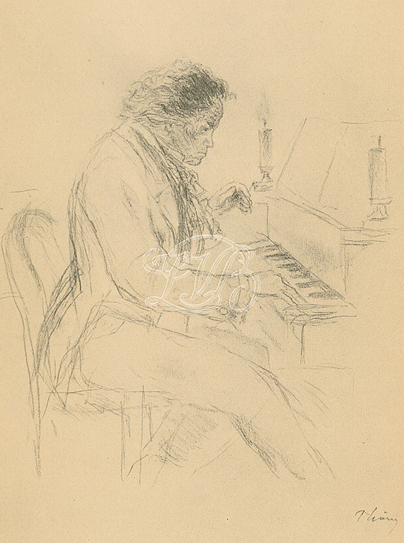 Beethoven performing Beethoven – I expect that you’re like me: how much I would like to have been there when Beethoven was performing his own works on the piano. But since time travel is not yet an option and recordings are not available, this will just have to stay a nice dream. Really? Don’t we at least get a chance at an indirect idea of a Beethoven performance?

(Thöny, Wilhelm: Beethoven at the piano – print based on drawing. With kind permission by the Beethoven-Haus Bonn)

At first I very enthusiastically thought “yes” when I had at hand the volume Beethoven, Cadenzas and Lead-ins for Piano Concertos.  The relevant complete-edition volume was published by G. Henle Verlag in 1967, the Critical Report later supplied in 2011 we used as an opportunity to update our Urtext edition in 2013. A highly attractive collection of cadenzas and lead-ins for the piano concertos nos. 1-4, together with the piano version of the violin concerto op. 61 and – cadenzas for Mozart’s piano concerto in d minor K. 466. 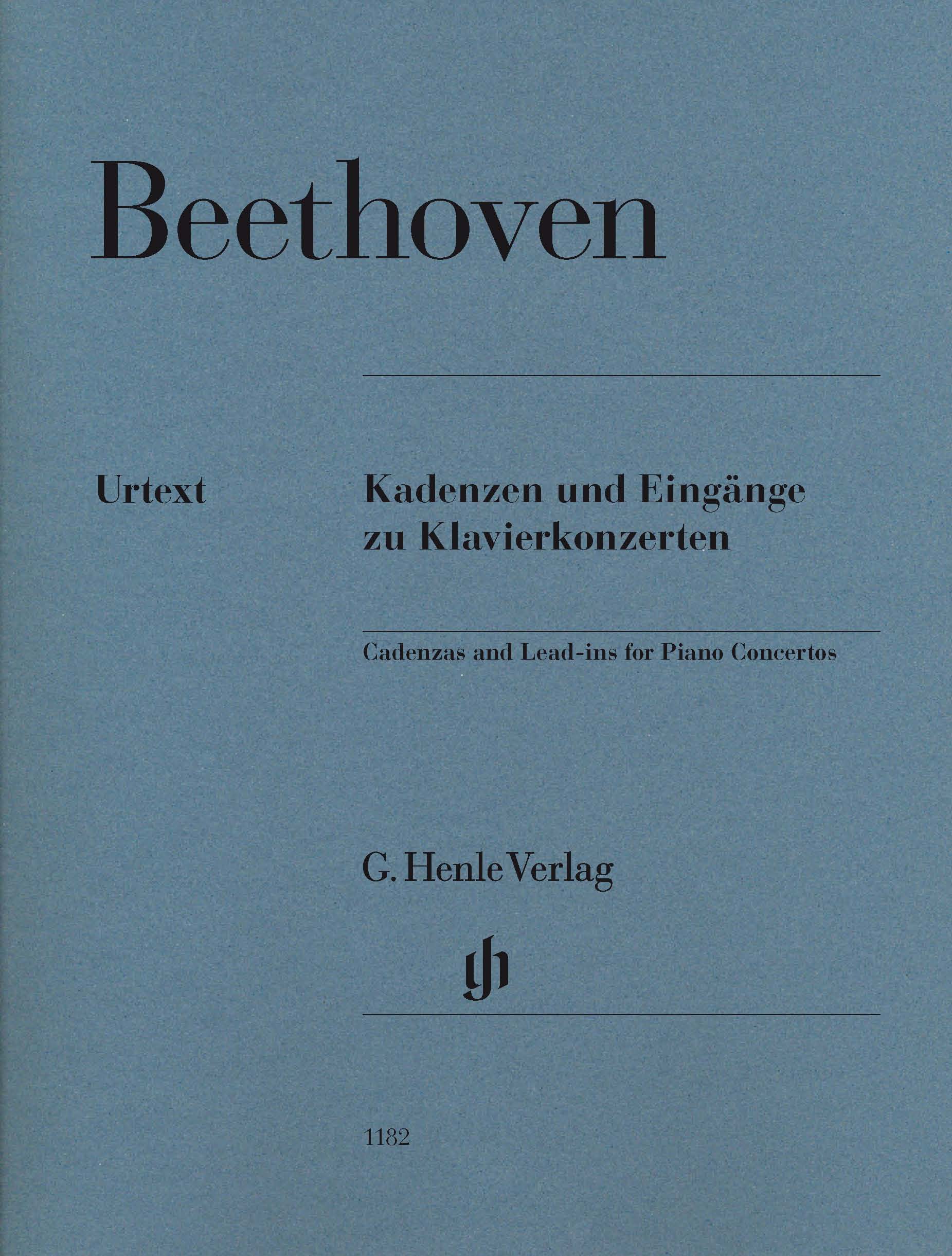 Cadenzas can be described as the last remnant of a music-making tradition that has today largely died out. Up to the 19th century, though, free improvisation was regarded as the real touchstone of instrumentalists, especially pianists. The more a classical canon of works played over and over was developed and the more an enduring “repertoire” was established for a pianist, the less music was improvised. The cadenza alone was played for a long time in the solo concerto as a small island of improvisation. Here the instrumentalist had a chance to demonstrate his virtuoso skills.

And now: In the cadences by Ludwig van Beethoven that are pinned down in music notation – this promised me a “peak through the keyhole”. Isn’t recorded here what Beethoven “did” during performances of his own piano concertos? Isn’t thus a reconstruction of a performance of that time possible?

This question can only be answered by examining the reasons why these cadenzas were created. We know so appallingly little about it, but all indications are that Beethoven did not think it necessary to notate cadenzas for his own use. He was considered a great improviser, so why should he write a cadenza down? Time and again, passages in letters and other written records indicate that Beethoven wrote these cadenzas down for other pianists who had obviously asked him to “compose” cadenzas, though he did not always respond to these requests. The Beethoven student Ferdinand Ries wrote in 1804 about a performance in which he performed Beethoven’s 3rd piano concerto in c minor op. 37: “I had asked Beethoven to compose a cadenza for me, which he refused to do and instructed me that he would want to correct it if I would do one myself.” Whereas verified, on the other hand, for performances of the 1st piano concerto is that the respective pianists played cadenzas which Beethoven himself had composed. Whether the art of improvisation had by then been forgotten or whether the pianists wanted to make Beethoven’s genius heard in the cadenzas – everything indicates that Beethoven “composed” cadenzas exclusively for other pianists. Philological studies for the Beethoven complete edition were able to establish that most of these cadenzas originated around 1809. And that is where one of the most important personalities in Beethoven’s milieu comes into the picture: Archduke Rudolph of Austria, a student and patron of Beethoven’s. 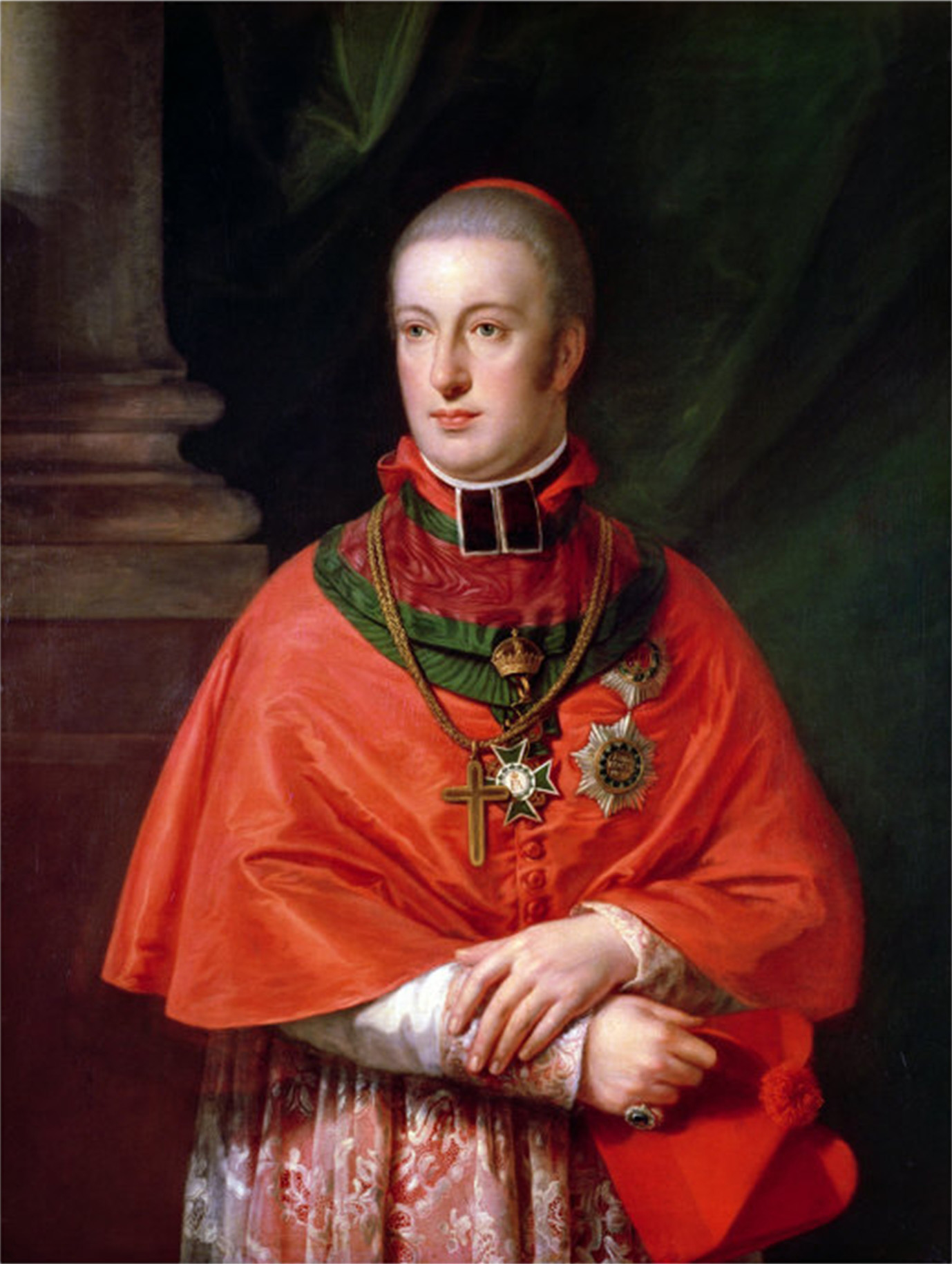 The archduke was an outstanding pianist and performed Beethoven’s piano concertos – for certain, the fourth in G major op. 58, dedicated to him. It is quite conceivable that Beethoven wrote the numerous cadenzas for the fourth concerto for Rudolph. And perhaps he asked Beethoven to write cadenzas for the other concertos as well. Analyses of the paper on which Beethoven notated the cadenzas suggest, in any case, that most of these contributions were made during the same period. In addition, most of them were located in the archduke’s library, so we can conclude that they were written for Rudolph, tailor-made as a “package”. Thus, the archduke had sufficient cadenza material for performances.

I find it exciting that this package also includes two cadenzas for Mozart’s d minor concerto K. 466. We know that Beethoven actually performed Mozart’s piano concertos in 1795/96, though we do not which cadenzas he played for exactly what concertos. The two extant cadenzas here were definitely composed later, just around 1809, and were also created for Rudolph, who was a great Mozart lover. But also tangible in addition to Rudolph’s appreciation is Beethoven’s devotion to his younger, then deceased composer colleague. A very special moment, it seems to me, in music history.

Finally, the cadenzas for the piano version of the violin concerto are certainly unique, especially the one for the first movement. At 125 measures, it is actually a “piece within a piece”, legendary, but above all because not only is the piano the focal point, but the timpani join in, thus lending the cadenza its own colouring. In preparing for this blog post, I was surprised to find that Beethoven had already considered making this extraordinary effect in a cadenza for his 3rd piano concerto in c minor op. 37. 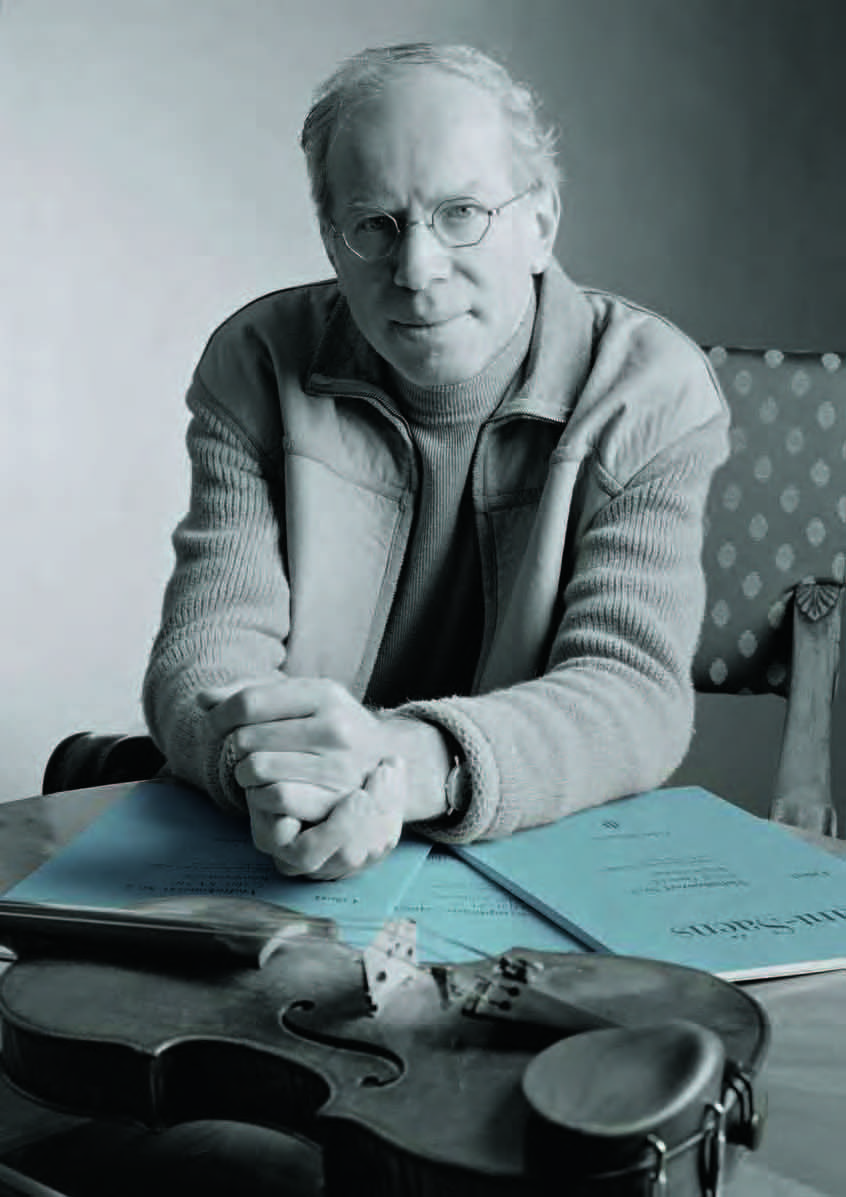 All these cadenzas are now an integral part of concert life. If you want to be assured of this, you’ll find a few audio examples along with Beethoven’s original manuscripts below. Although the cadenzas are not necessarily an illustration of Beethoven’s improvisational art, even if it’s questionable whether he himself played them at all, they do present a fascinating inside view. For one way or the other, they may have sounded more or less similar to when his solo concertos were performed in his lifetime!