Dressler-Variations WoO 63, beginning of the theme

The “variations” form type plays an important role in Beethoven’s work during his entire life. His very first work to be published, by his teacher Christian Gottlob Neefe in 1782, was his 9 piano variations on a march by Dressler WoO 63. “Beethoven begins with variations,” the music critic Paul Bekker wrote in 1911, to which we could add that he also ends with variations: The Diabelli Variations op. 120 are amongst his last piano works, crowning not only his creativity, but probably equalled only by Bach’s Goldberg Variations in the history of the piano variation.

In addition, of course, the panoply of variations within his multi-movement works indicates how important the variation principle is in Beethoven’s musical thinking – just consider the profound closing movement of the last piano sonata op. 111 or the grand finale of the 3rd symphony. Normally, the themes of these single movements are of his own invention – a famous exception is the finale of the “Gassenhauer Trio” op. 11. Here, however, we only want to take a quick look at the pieces composed as independent variation sets usually on a theme of a very popular melody and to introduce a few of the lesser known works.

In honour of the Beethoven year, we have prepared a table of all the variations listed in the authoritative new Beethoven works’ catalogue (HN 2207):

Counting the individual variations of the 16 independent variation sets from opp. 105 and 107 actually comes to 48 works! – though with two small qualifications: Beethoven’s authorship is considered doubtful for the variations on “Ich hab’ ein kleines Hüttchen nur”, since its only source is a posthumous print of about 1830. And the A-major piano variations with the unusual identity number “Unv 14”, are, as this abbreviation suggests, incomplete (unv[ollendet]) and extant only in the so-called “Fischhof” sketchbook (they may possibly have been originally intended as part of the A-major piano sonata op. 2, no. 2, rather than as an independent work). 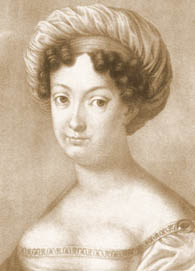 Some interesting finds come to light from this overall view. Would you have known, for example, that Beethoven composed variations also for the mandolin? In 1796 his Andante with 6 variations WoO 44b originated in Prague together with other short pieces for mandolin and piano (HN 499), composed for the countess Josephine von Clary-Aldringen who played this instrument. That the variations can incidentally be played, unmodified, also on the violin is hence an ideal (and easier) addition to Beethoven’s only “real” variation work for this instrument, the 12 variations for violin on Mozart’s “Se vuol ballare” WoO 40 (HN 291).

Then again, it’s hardly surprising that Beethoven, as one of the greatest piano virtuosos of his time, wrote the vast majority of his variations for piano solo, presenting to audiences with these showpieces his own pianistic and compositional skills. His 24 variations on Righini’s arietta “Venni, Amore” already require considerable technical skill – when he visited the renowned pianist Franz Xaver Sterkel in 1791, these variations seemed to Sterkel too difficult, whereupon Beethoven not only completely performed his composition at the piano from memory, but, to the astonishment of the listeners, also virtuosically improvised further variations on the theme.

Variations on „Venni amore“, beginning of the 9th variation

Amongst the more pianistically demanding works of this kind are the 7 variations on the canzonetta “Kind, willst du ruhig schlafen” from an opera by the now almost totally forgotten composer Peter von Winter. The opening of the text could be reminiscent of a kind of lullaby, though not at all suited to the coquettish melody in 2/4 time.

And, in fact, it’s actually a facetious song by three girls wanting to talk a friend out of her heartache:

Child! If you’d easily sleep,
Follow my custom,
And flirt, just as with monkeys,
Also with the men:
Tease and taunt them.

Don’t let them steal your heart!
This is not clever.
False are the souls of men,
Treach’rous, full of scams:
Nobody’s good for anything.
[…]

Et cetera…. Anyone wanting to read the German libretto of the “heroic-comic” opera, taking place incidentally in the Peruvian Inca period, can locate it here in the Bavarian State Library digital collections.

The title of Dittersdorf’s opera Das Rote Käppchen [“Little Red Cap”] could also be misleading. The play has nothing to do with the fairy tale of Little Red Riding Hood, but is a marriage farce about a young woman suffering from her elderly husband’s morbid jealousy, curing him of it with a trick (an allegedly miraculous red cap). Serving in the opera as a self-reflective story-within-the-story is the somewhat raunchy song “Es war einmal ein alter Mann”: this old man also has a young wife who suspiciously often goes to get “treated” by a young doctor:

Beethoven was well acquainted with this opera, having participated in several performances as a Bonn Hofkapelle violist in 1792. That was when he also used another theme (“Ja, ich muss mich von ihr scheiden”, a jealous husband’s irate aria) for his op. 44 piano trio variations (its higher opus number is explained by the much later publication). A nice, shorter piece for piano trio – it doesn’t always have to be the “Schneider Kakadu”… (see our HN 26) 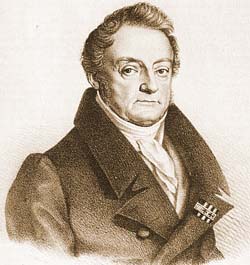 Also little known is that besides the famous “Waldstein” sonata, there is also a set of “Waldstein” variations, named for Ferdinand Ernst von Waldstein, who, as Beethoven’s first important patron in Bonn, sponsored his trip to Vienna in 1792. Whereas for the piano sonata Waldstein is “merely” the dedicatee, for the variations he even personally contributed the theme (possibly improved upon by Beethoven). The very musical count played the piano well – might he well have commissioned the variations for piano duet to play together with Beethoven…?

In any case, the two sets of piano duet variations (HN 568) are, in the best sense, wonderful “domestic music” that should much more often find their way onto the piano music rack.

The two opera 105 and 107 (HN 716), based altogether on catchy folk melodies, also offer an often overlooked treasure trove of pretty variations. Whilst the piano part already requires an accomplished piano player, the flute part (which can also be performed on the violin) is deliberately kept simple and could very well already be mastered even by younger students. Anyone looking for effective performance pieces for flute and violin instruction will surely find them here. Since Beethoven’s flute part was added only ad libitum at the request of the person commissioning them, these variations can also be performed as piano solos – an ideal short but smart encore for a Beethoven piano recital. Even after 250 years of Beethoven, there is still so much to discover in his oeuvre…!