Posted on April 6, 2020 by Norbert Müllemann 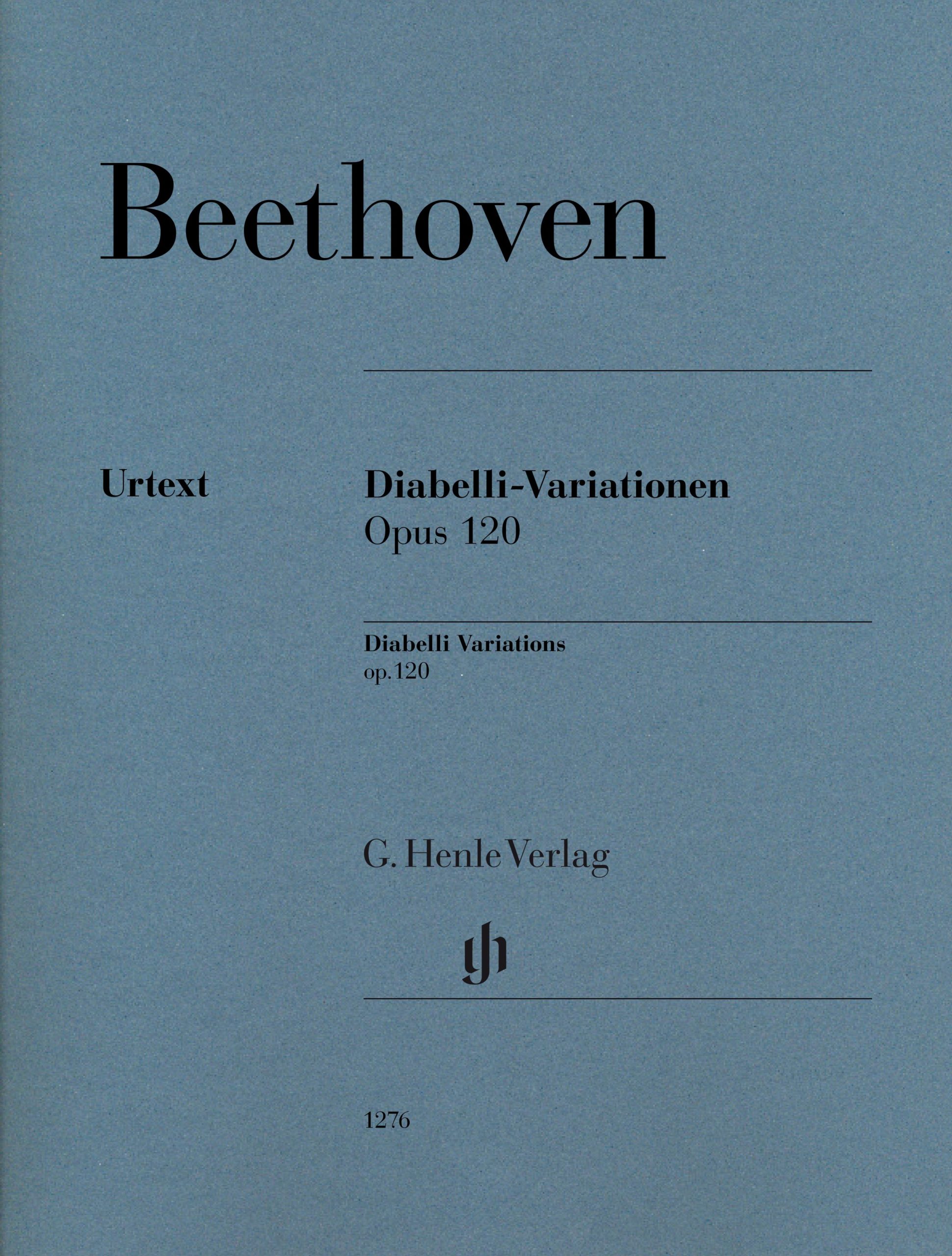 Beethoven and the variation – yes, I admit it: That’s no longer a new Henle blog topic. Already in January, my colleague Dominik Rahmer contributed a comprehensive overview of the Bonn birthday boy’s variation activity, introducing the variations to you, our reader community, and especially emphasising discoveries. I can’t come up with a discovery today, because I’m supposed to be going into the famous “Diabelli” Variations op. 120.

Published just last year, 2019, was a revised single edition of the Diabelli cycle, as part of our revision of all the piano variations (HN 1267 and HN 1269). Why a revision of Diabelli? Well, the volume of piano variations within the new Beethoven complete edition (and as a Henle Urtext edition) was already published at the beginning of the 1960s, though without a critical report, which has now been prepared and is about to be published. In re-visiting the source material, details in the music text could now be presented a little more transparently: The pianist is now offered a number of footnotes to passages in the music text that are open to question. Above all, however, a critical report has been added to the music text, providing information about the sources and various readings. In short, the edition has now finally become a fully valid Urtext edition! 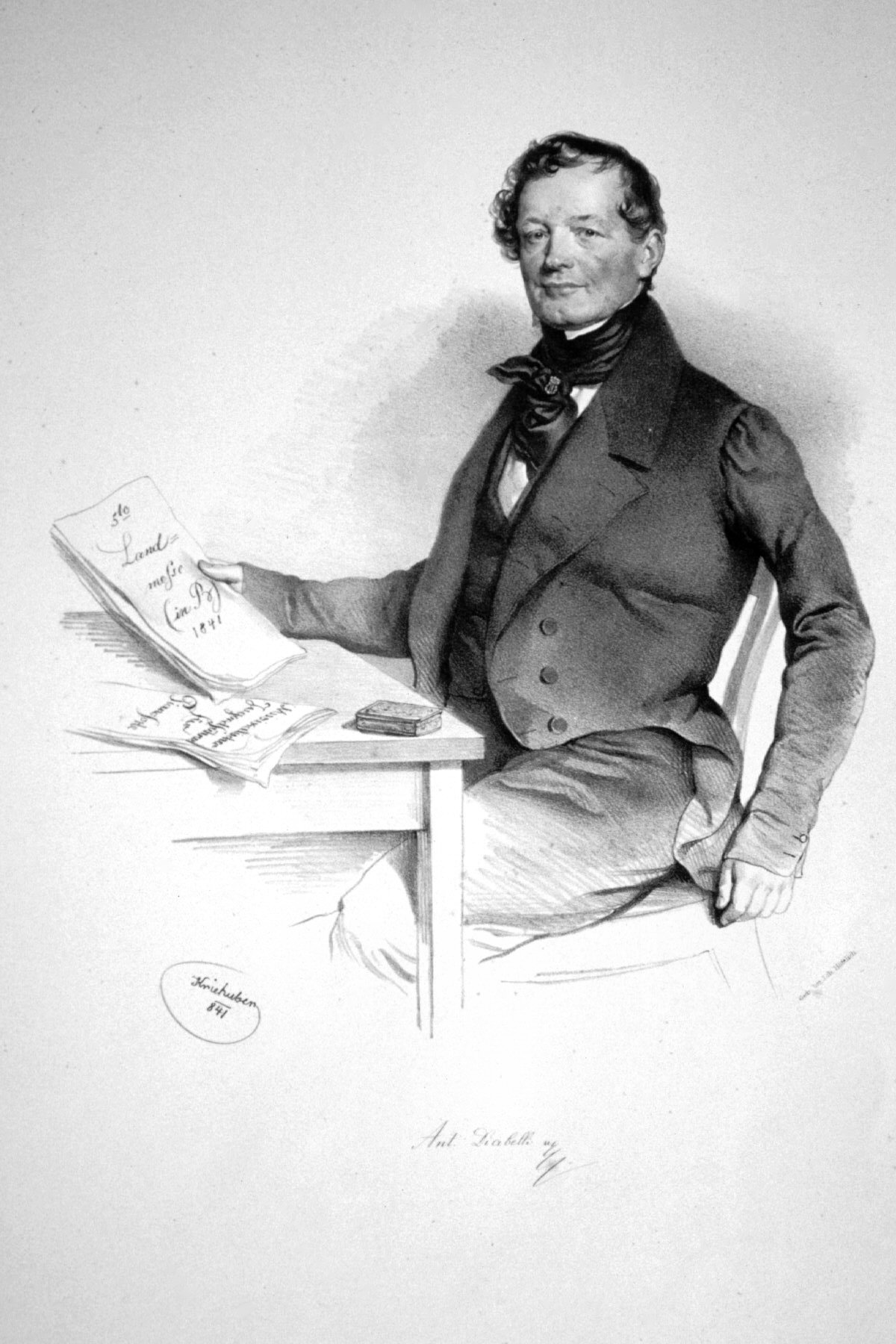 The legendary genesis of the “Diabelli” variations is probably well known, but a few key details still need refreshing. Anton Diabelli (known to us mainly for light literature for piano duet) founded the music publishing house Cappi & Diabelli together with Pietro Cappi in 1818, to bring out, in particular, popular dances and variations. Shortly thereafter, Diabelli must have gotten the idea of asking contemporary Austrian composers to write a variation for him on a waltz theme of his own composition. Many composers responded to his invitation, each of them submitting a variation. But not Beethoven, who, stubborn as he was, set about writing a whole set of variations probably as early as 1819, a set eventually getting so out of hand that the “33 variations on a waltz by A. Diabelli” were completed only in 1823. He had little interest in the collaborative venture, and he did not think much of the theme, either, later writing to Diabelli when he was asked for a four-hand piano sonata: “My dear Sir! why would you want another sonata from me?! You have a whole army of composers who can do it far better than I, give everyone a measure, what wonderful work isn’t then to be expected? Long live your Austrian Association, who knows how to treat this – cobbler’s patch masterfully”.

The sarcasm is obvious. Beethoven is referring to the theme here as a “cobbler’s patch [Schusterflecken]”, and with the “Austrian Association”, he’s referring to all those composers who had contributed a variation to the major project. Diabelli had first published Beethoven’s mammoth work op. 120 separately in 1823, but not giving up on the idea of a collection of variations, finally published a double volume in 1824: Beethoven’s 33 variations in the first section, 50 variations by 50 composers in the second section, with a coda by Carl Czerny. The whole thing was known as the “Patriotic Artists’ Association [Vaterländischer Künstlerverein]” and announced as follows:

“All the now living, well-known patriotic composers and virtuosos, fifty in number, had united, each composing a variation on the same theme presented to them […]. Even earlier, our great Beethoven […] had already exhausted all the depths of genius and art on the same theme in 33 variations (published by us), forming the first part of this work in a masterfully original arrangement. How interesting it must therefore be to see all other composers […] on Austria’s classic soil […] develop their talent by way of the same motif […].”

It is truly astonishing which personalities were members of this “Artists’ Association”. By the way: Wolfgang Amadeus Mozart’s son, Franz Xaver Wolfgang Mozart, also accepted Diabelli’s invitation to the Artists’ Association. And he, too, could not hold back and delivered two variations, of which Diabelli printed only one. In case you want to take a closer look: Both variations are, of course, included in our complete edition of Franz Xaver Mozart’s piano works!

But now a word about the music text itself. As mentioned at the start, we have used the revised edition as an opportunity to clarify or even correct our score in some places. A passage that is inconspicuous at first glance but has repeatedly led to questions from pianists, has gained relative fame. Only recently Michael Korstick mentioned this spot in our blog, measure 56 in variation X, which was simply wrong in the old Henle edition – unfortunately! The previous music text had the following reading:

At first glance, everything is right here, compare m. 54, where something similar transpires one octave lower: the upward movement “buckles” in both measures with the last chord. But that made many pianists uncomfortable. Shouldn’t the last chord in m. 56 be placed on another, higher “level”, up to the f? Here is how the sources read 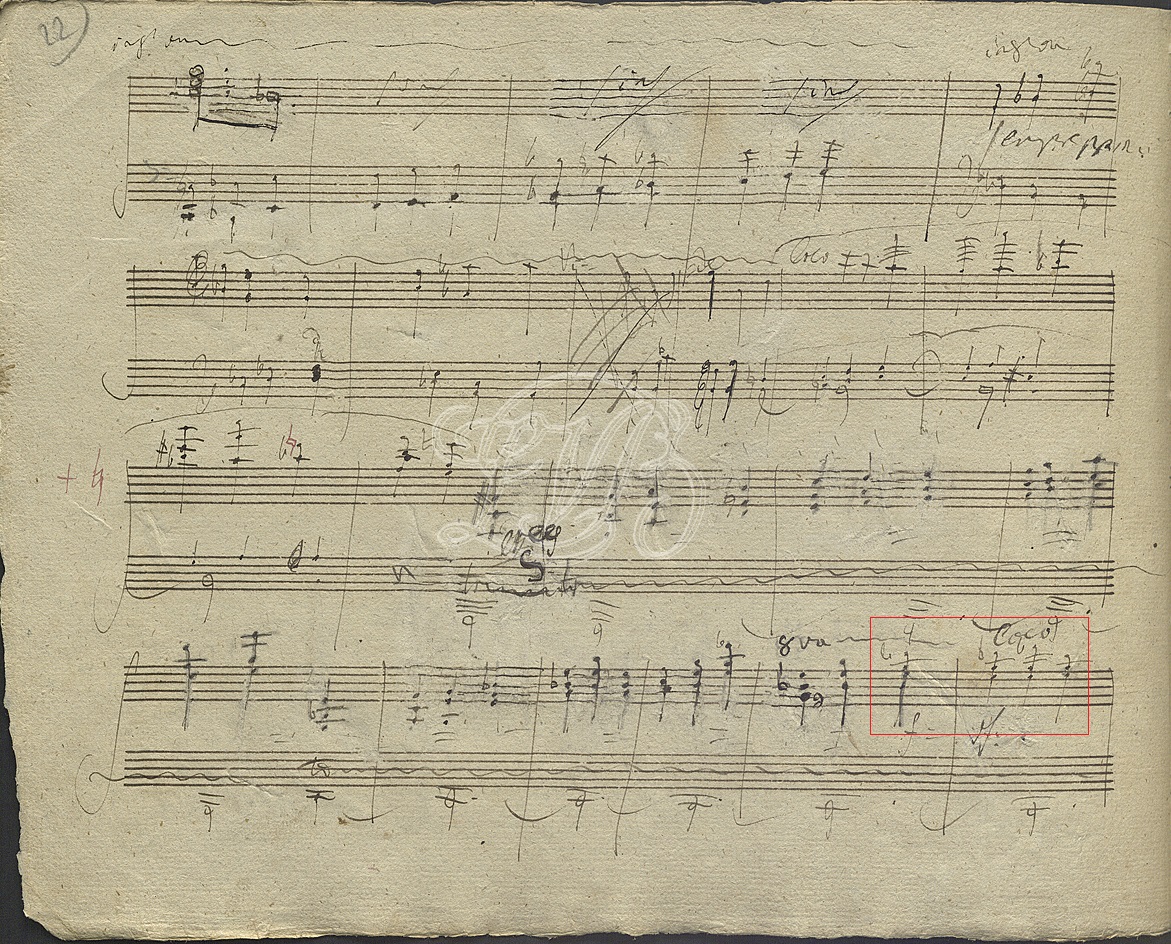 Autograph. With kind permission by the Beethoven-Haus Bonn. 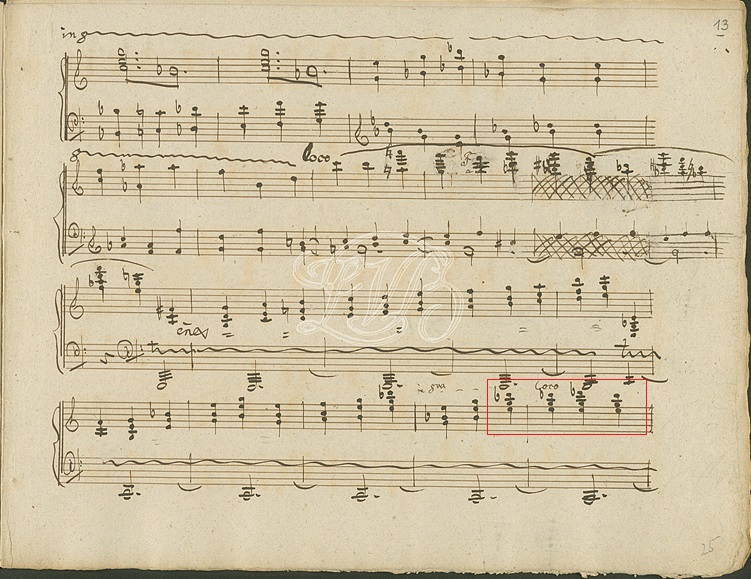 Checked copy. With kind permission by the Beethoven-Haus Bonn. 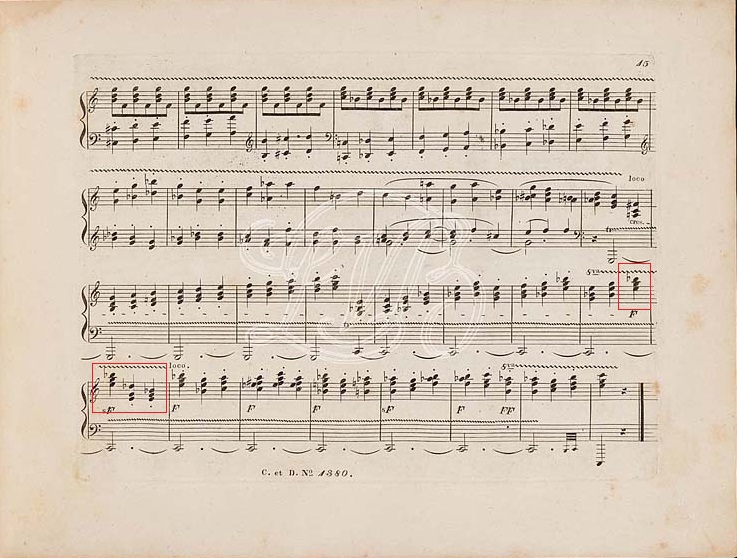 Original edition. With kind permission by the Beethoven-Haus Bonn.

The matter is clear. While Beethoven’s handwriting is not always easy to read, there can be no doubt about the duration of the octave transposition and the placement of loco. Just so reads Beethoven’s proofread copy of this passage, as well as the original edition (why the first chord in m. 57 is now also an octave too high seems puzzling). Try it out – thus, the passage in its heaven-storming gesture seems much more logical. And so it is also notated in our revised Urtext edition.

There are enough first-class recordings of the “Diabelli” variations. I would like to highlight that of Andreas Staier on the replica of a Conrad Graf Hammerklavier. Staier offers not only Beethoven’s opus, but also a selection of 10 variations by other composers of the Artists’ Association. A journey of discovery! And finally: Rudolf Serkins’s recording from Marlboro, Vermont, in 1957 has cult status (also with me!); here in the background during the c-minor variation XXXI, a cricket chirps – a moment for eternity!

4 Responses to »Beethoven’s “Diabelli” variations in a new guise«