In the already more than 70 years since the founding of our publishing house, we have time and again developed wonderful, friendly relationships with first-rate artists, often having a very fruitful effect on our editorial work. Today, I’d like to give a current example of this, which put us on the track of re-evaluating our edition of Schubert’s Wanderer Fantasy.

We recently heard from the excellent pianist and Mozarteum professor Claudius Tanski – a longtime friend of the publishing house – , that he had uploaded to YouTube his recording of this masterpiece, issued in 1988, and had incorporated with it our Urtext edition of 1974. A useful thing for the listener, being able to follow the music score at the same time.

As Claudius Tanski was telling us about his YouTube project, he also mentioned that on the last page of the music score he had come upon a clever solution for allocating the hands in a very difficult arpeggio passage, which he had immediately delineated in the music in the YouTube video. This got my attention: Why not ask Prof. Tanski to provide us with his complete Fantasy fingerings for our Henle Library App. Surely, there were other nifty solutions worth sharing? 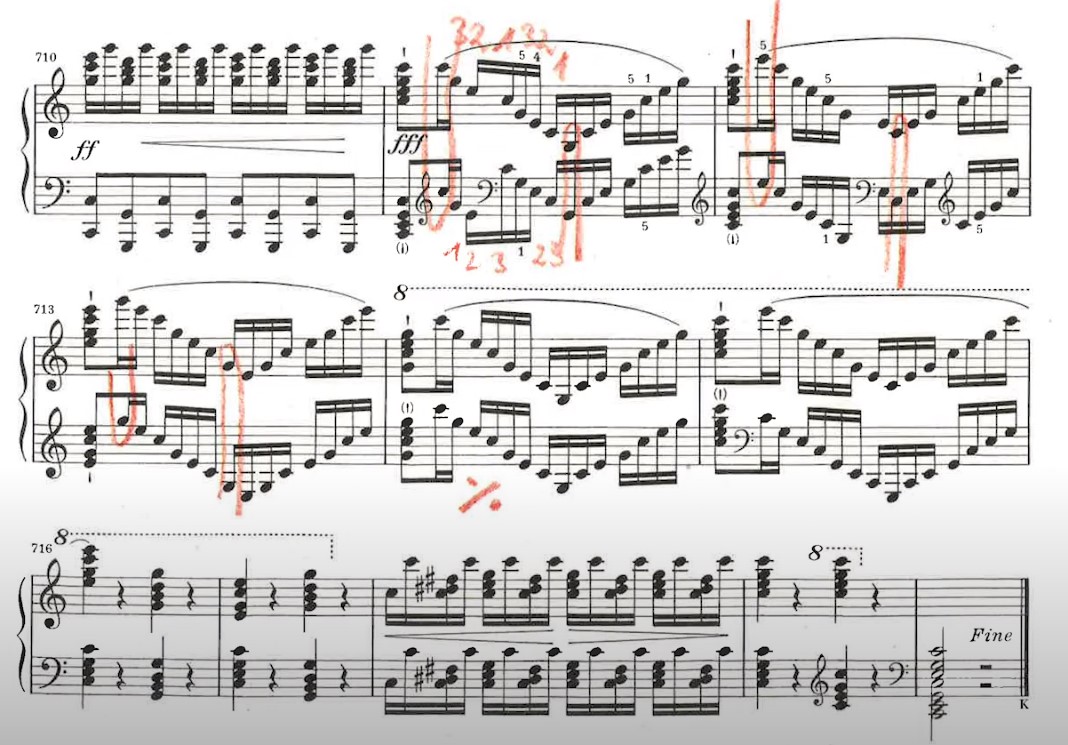 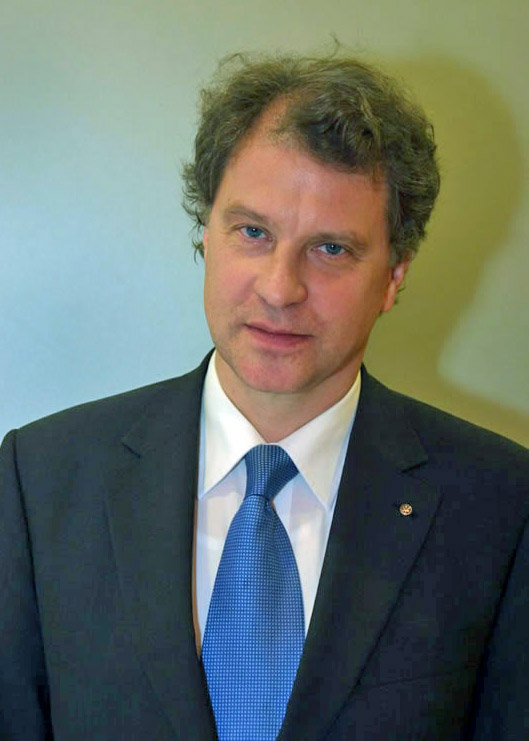 Hardly had he gotten down to work when, of course, questions about our music text immediately cropped up – we are already just so familiar with this from him and many others. Prof. Tanski had studied the work from the 1965 Universal Edition edition by Paul Badura-Skoda, which, according to the title, was the ‘First Edition from the Autograph’, presenting, thus, a bit of a sensation at the time. For the autograph had, in fact, just resurfaced in the US shortly before, and Badura-Skoda had gained access to this source. The preface to our edition, appearing in 1974, edited by the former Henle editor Ernst Herttrich, states that the autograph was the edition’s main source. Yet why then is the music text not congruent in several places, sometimes even presenting different notes?

Well, the answer can only be approached by trying to clarify the value of the first edition published in 1823, during Schubert’s lifetime. Let’s first start with the evidence in the autograph (which we are unfortunately unable to reproduce here, as the autograph is currently located in private possession). There is no doubt that it was available as engraver’s model to the original publisher Cappi & Diabelli, for it contains the easily identifiable engraver’s markings plus several entries on the title page in an unknown hand, such as ‘21 or 22 plates, oblong’, which could only come from the publishing house. Pencilled interventions were made at numerous spots in the music text inscribed by Schubert in ink, more or less to clarify hard-to-read passages. Anton Diabelli, himself a renowned composer, apparently undertook for the publishing house his own examination of the rather hastily notated manuscript, strewn with corrections and deletions, for he crossed out a whole page and added a rewritten page of his own. Even though various passages in the literature emphasise that we can conclude from this finding that Schubert himself was involved in the printing process and read galley proofs, there does not seem to be any direct evidence of this other than the circumstances depicted here concerning the autograph state. It stands to reason that Schubert was involved, if only owing to his local proximity in Vienna. And, several other changes in the print’s music text, discussed below, point to the composer’s intervening hand. It is also unmistakeably true, though, that the engraver made numerous errors in the music text, which Schubert simply overlooked – if in fact he did proofread it. 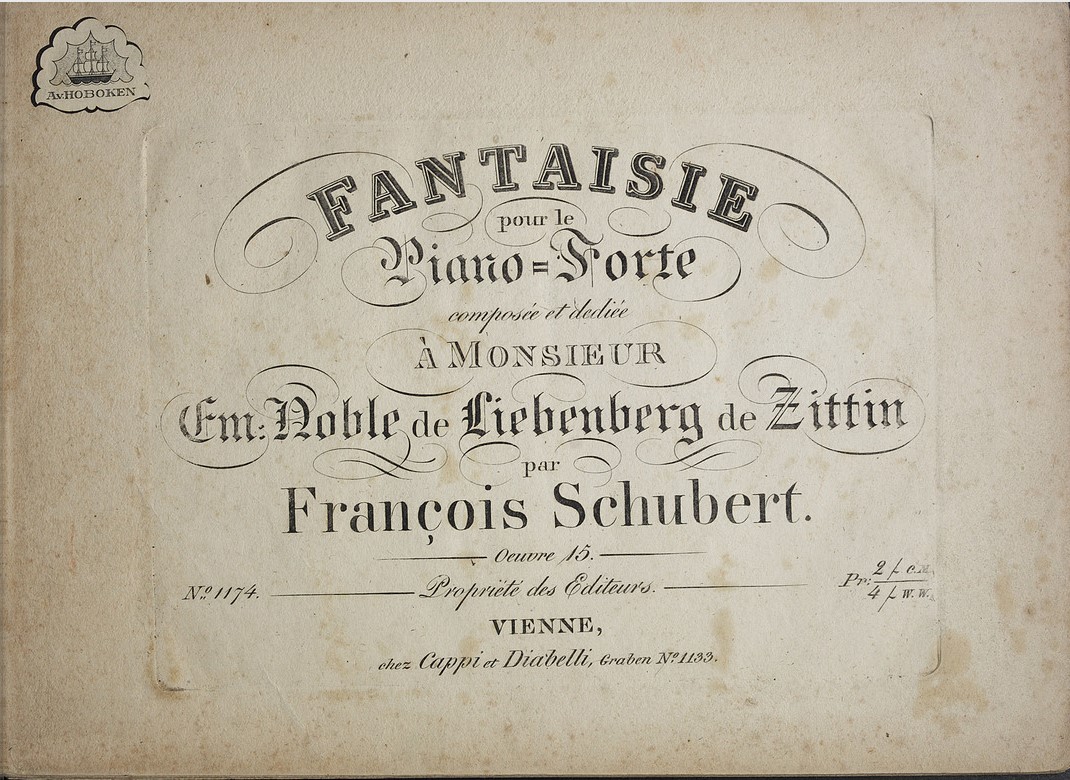 Title page of the first edition

In my opinion, the results from the two sources lead to only one conclusion: If we posit Schubert’s hand behind several differences in the first edition, then this print represents at least the intended definitive version of this work. All differences between the sources must, of course, be evaluated and documented, and which primary music text is to be the basis of a critical edition must ultimately be decided. It is now interesting to view how diversely more recent editions have dealt with this matter. Since the autograph was not available before Badura-Skoda’s edition, editing from the first print was ultimately inevitable and necessitated applying musical intelligence to track down inconsistencies and errors.

Badura-Skoda himself writes about his edition: ‘The present edition reproduces this work for the first time from the autograph […]. In addition, the first print published in 1823 […] was consulted for comparison.’ The autograph was thus the primary source, the first print, a secondary source. All the more astonishing, though, is then the fact that in many places Badura-Skoda tacitly(!) adopts the first-edition readings. For him as a profound musician and Schubert authority, these decisions were so obvious that no comment was necessary in his opinion. He did list, however, the most important differences between the sources – and that, excellently – in footnotes within the music text, though leaving open in the end what significance the first edition actually had.

A spot annotated by Paul Badura-Skoda

Ernst Herttrich, the editor of our Urtext edition, who, according to his brief preface, made the autograph the ‘primary source’ and the edition was ‘consulted only in cases of doubt’, obviously proceeded too radically. It is true that he rigorously avoids a source mixture in the music text and strictly follows the autograph text – which, in my opinion, turned the source evaluation on its head – but he deals only with the obvious first-edition changes in a single footnote (m. 142). Nonetheless, in the remarks for interested pianists at the end of the edition, he offers a list of the noticeable differences in the print, without further evaluating them.

A spot annotated by Ernst Herttrich

In 1984, finally, ten years after the publication of our Urtext edition, the relevant volume of the Schubert Complete Edition appeared, produced by Christa Landon and Walther Dürr, and here can be found a source evaluation that duly incorporates the first edition within the Complete Edition: ‘There is, however, hardly any doubt about the reading intended by the composer, except for a few places where the first edition deviates from the autograph, where the question arises as to whether the variants go back to changes by Schubert in the galley proofs of the first edition or to an error by the engraver.’

Let’s take a look at two of the places in question, to which Claudius Tanski, of course, also drew our attention:

Measure 102: In the autograph, the last left-hand chord is notated as an E-major chord in root position, though in the first edition, with the seventh, d, as the bass note (d/g sharp/b). The charm of the reading in the print lies in the fact that the leading-tone seventh is resolved in the next measure to the c, the third in a minor. The autograph reading, on the other hand, seems ‘weaker’. Is there an engraving error here, or did Schubert change this chord for printing? We’ll most likely never know. Landon/Dürr posit an engraving error and notate the autograph reading. Herttrich also notates the autograph resolution, referring in the annotation to the reading in the print without further evaluating it. Badura-Skoda even puts the chord in an ossia stave in the music text, together with a footnote, as he was probably perfectly well aware of the attractiveness of the print’s version.

Measure 152 from our edition with the awkward octave g1/g2

Measure 152: In the autograph, Schubert initially notated the right-hand passage of 16ths in octaves g1/g2 etc., but then crossed out the lower notes, since the passage can hardly be performed at a quick tempo. Not crossed out, though, is the very first g1, presumably in order to achieve a regular resolution of the previous measure’s f sharp1 leading tone. This means that the execution of the spot remains awkward. This g1 no longer shows up in the first edition, presumably because Schubert (or perhaps Diabelli?) wanted to eradicate the technical difficulty. Badura-Skoda and Landon/Dürr adopt the reading of the first edition without in any way referring to the autograph reading. In his strict approach, Herttrich adopts the autograph reading, but at least refers in the annotations to the difference in the print.

The bottom line here is: A revision of our Urtext edition will be worthwhile! Thank you, Claudius Tanski, for the inspiring sharing!