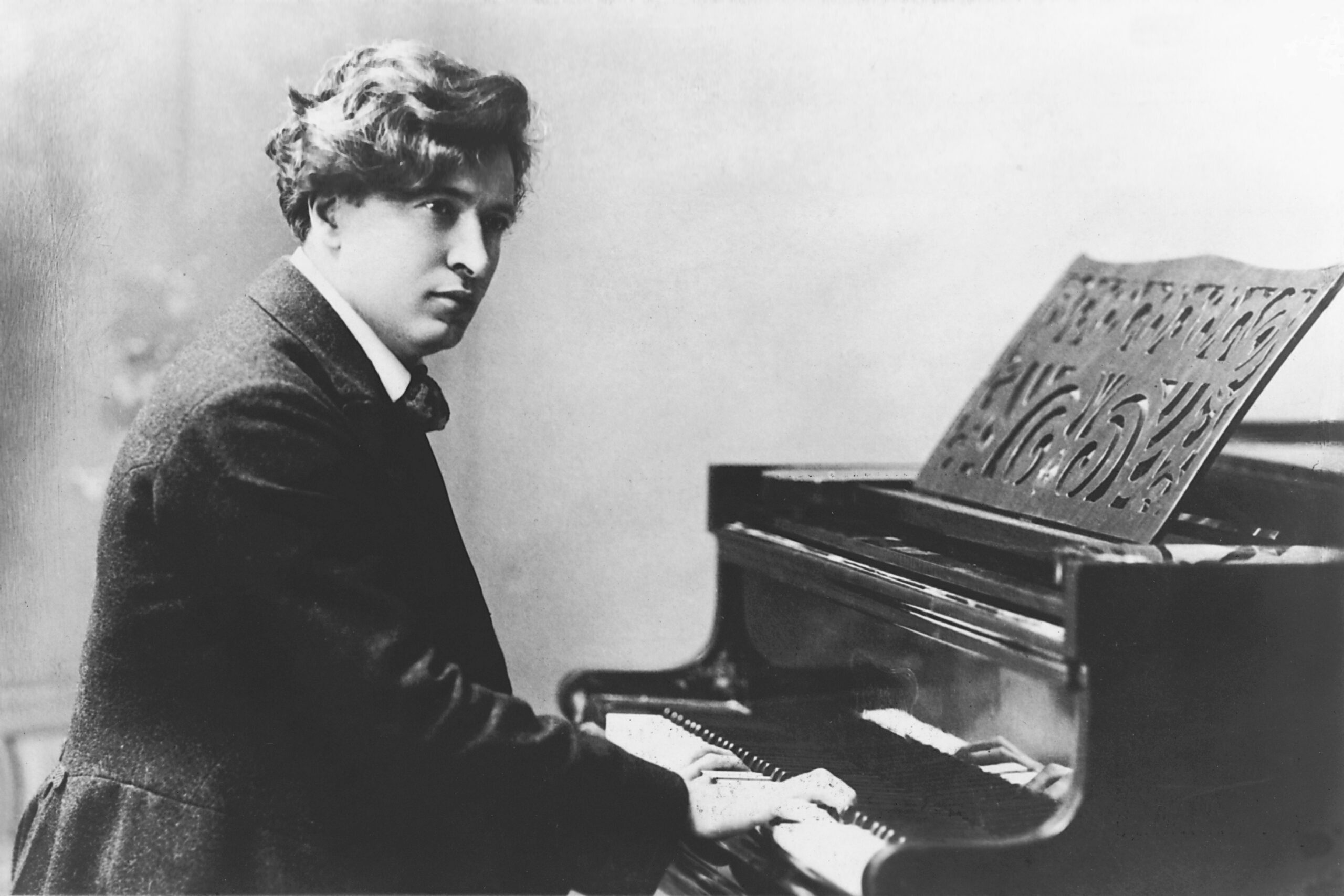 Another Bach-Busoni edition recently came on the music market as a Henle Urtext edition: The famous organ toccata in D minor, known to almost every child and congenially transcribed for piano by Busoni.

With this edition we present the fourth episode of our small series of works from the Bach-Busoni forge. This series started with the virtuoso arrangement of the violin chaconne, followed by the wonderful chorale preludes, amongst them also some that hobby pianists can master. Prelude and fugue in D major continued the series – and now the toccata in D minor. All of these works are extremely popular with pianists. The piano world really cannot complain about a dearth of repertoire, but there is a strong appeal of the idea of also once exploring the violin chaconne or just the three sonorously mighty organ works by Bach on the piano, that I can confirm as a leisure pianist. Busoni’s arrangements are almost without exception virtuosic, but even the average pianist will find the sound effects heady, which Busoni conjures up in attempting to transfer the idiosyncrasies of the respective original instrument to the 88 keys, using clever tricks!

The chaconne and the chorale preludes have already been mentioned in two blog posts. Discovered in the meantime, however, is the fact that the editors were repeatedly confronted with the same problems in all four works of the series.

First of all, there are passages in these arrangement editions where Busoni, the arranger, departs from his original models. One must, however, be careful not to judge too quickly, for what did Busoni take as the Bach original?  Did he perhaps start from a different Bach text than we would today, a good 100 years after Busoni? Which models did Busoni actually use?  Where was he mistaken, where did he simply follow models (which, from today’s perspective, do not always provide the “correct” text) and where did he very deliberately deviate from Bach?

The second set of problems concerns the respective final work form of these Bach-Busoni editions, for Busoni almost always had what could perhaps be best described as “second thoughts”. In subsequent issues he had details altered, sometimes even rewriting entire passages. In the process, he often vexed his publisher Breitkopf & Härtel by demanding that the respective previous issues be taken off the market. Finally, he felt the need, around 1910, of combining all of his Bach arrangements into a “Bach-Busoni Complete Edition”, for which he again made revisions. Our Urtext editions use as the main source, of course, the most recent version, as it appeared in volume 3 of this “Complete Edition” in 1916.  Some readings from the earlier editions are, however, still circulating amongst pianists to this very day, though that would certainly have been contrary to Busoni’s intention.

But enough of the theory – what does this mean in concrete terms within the context of our latest Bach-Busoni edition, of the D-minor toccata? 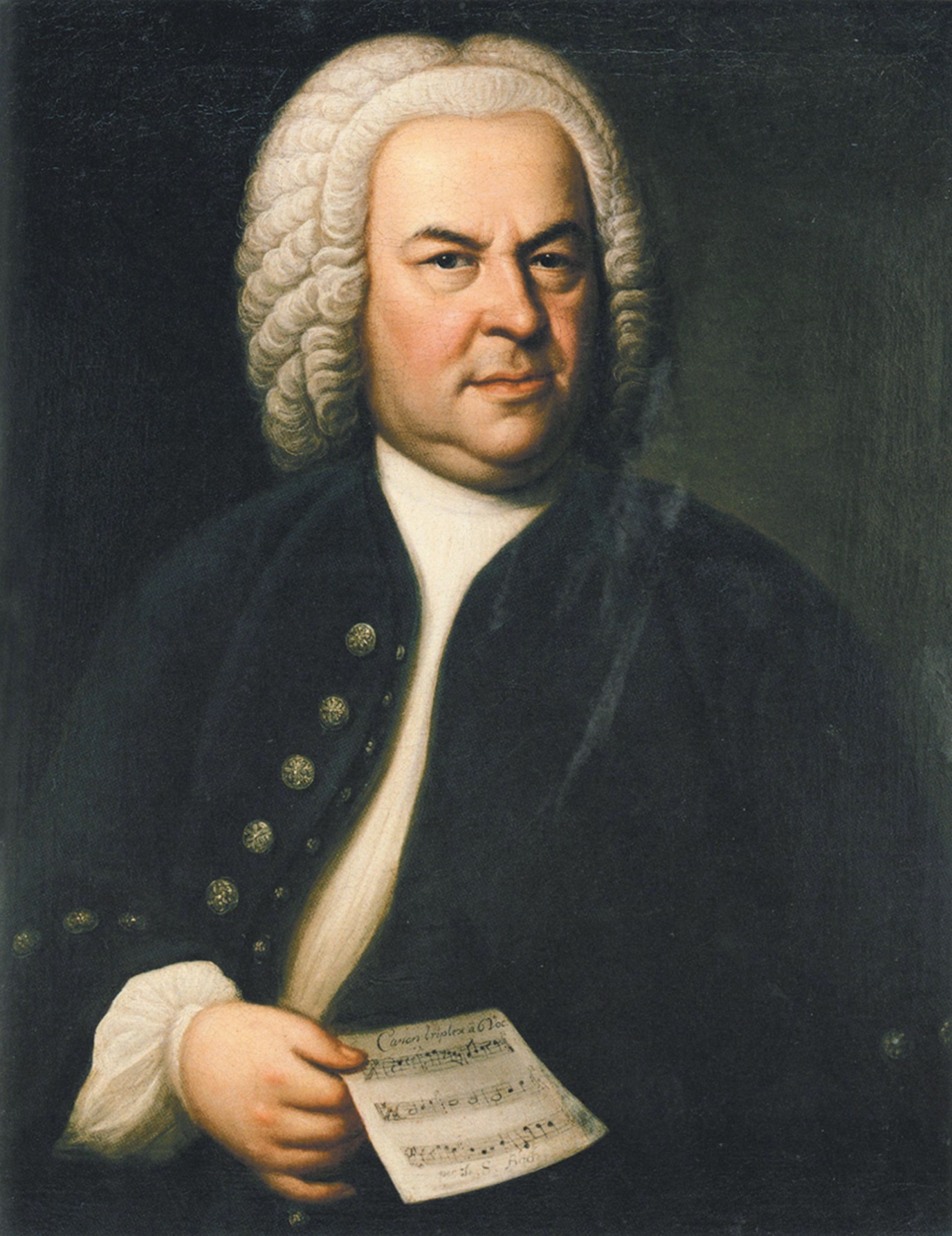 There was already a big question mark at the outset of our work on this edition: Is the D-minor toccata even by Bach at all? Since Busoni assumed this, our editors Christian Schaper and Ullrich Scheideler also did not have to reopen this question of authenticity. Nevertheless, it was rather reassuring to know that the latest Bach research certainly assumes the piece’s authenticity and explains everything un-Bachian by stating that it is probably very “early Bach”. Another circumstance was extraordinary: whilst we had only the frequently corrected Busoni first editions available as sources for all previous arrangements, we finally had a Busoni autograph of the toccata to deal with, which was also an engraver’s model! The fascinating insights into Busoni’s work process that this document offers can be viewed on the homepage of the Staatsbibliothek zu Berlin · Preußischer Kulturbesitz. Take a look at the second page of notes with their deletions and new versions to get an impression of how he worked here on the appropriate “registration”. 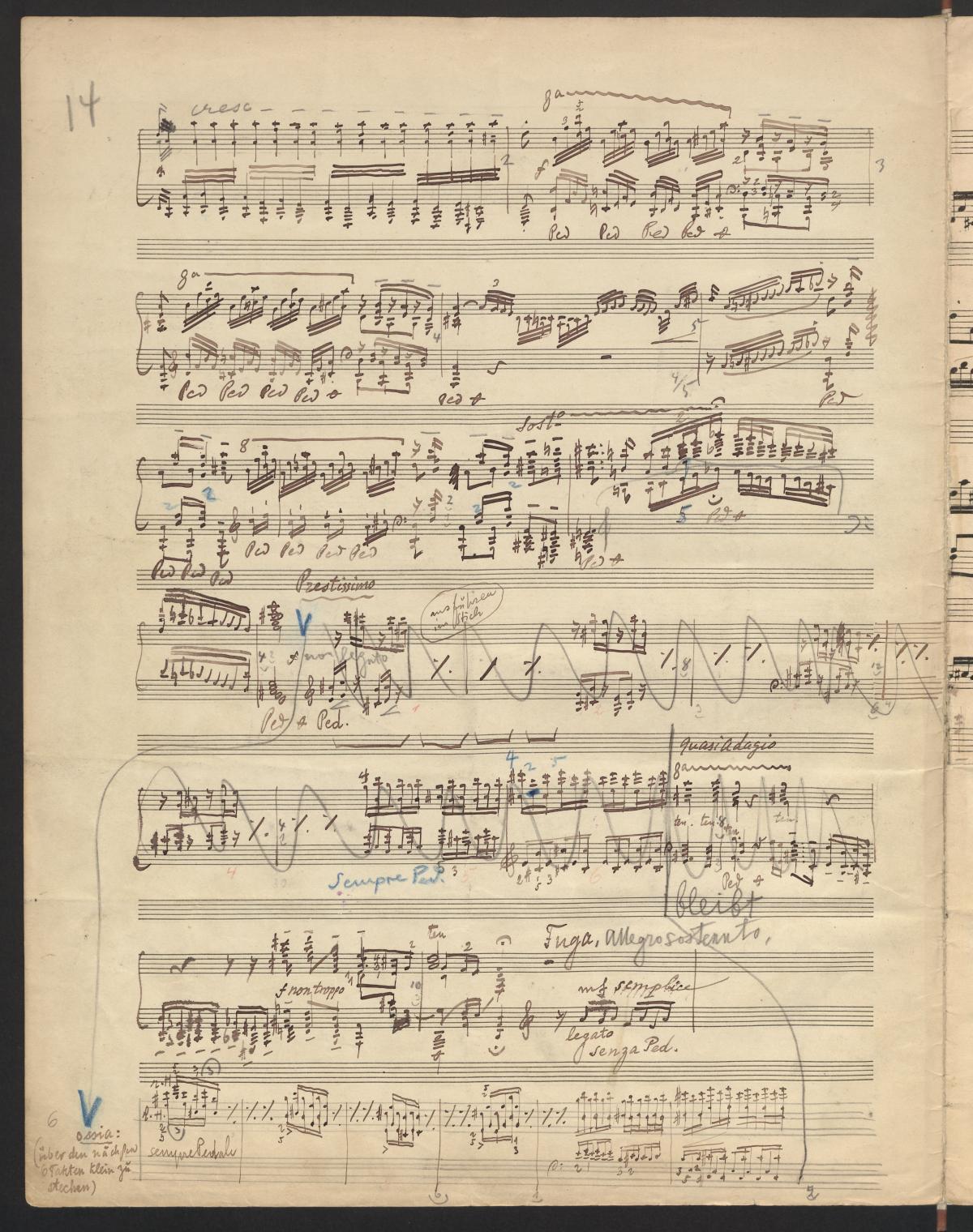 The subsequent 3rd music page ultimately has in store a surprise: Busoni pasted into his autograph a snippet from a printed edition of the original version for organ. It is the start of the fugue, which he may probably have found too tedious to rewrite by hand, because the two-voice opening, to be played on the organ manualiter, could largely be adopted verbatim in the piano version (though observe here, too, Busoni’s small retouching with respect to the hand distribution, but also such articulation and dynamics additions as staccato dots – with the indication “non troppo staccato” – or “mezza voce”, “tenuto, quasi legato”). With this pasted-in piece of a printed edition, one thing anyway seemed clear: Since it is the Griepenkerl/Roitzsch edition (Peters, 1846), this must have been Busoni’s editing model. Really? Christian Schaper und Ullrich Scheideler meticulously establish in their critical report that, despite this paste-in, Busoni primarily follows the text of the old Bach Complete Edition (Breitkopf & Härtel, 1867). This finding was decisive in assessing quite a number of readings. There is no good explanation as to why Busoni then pasted into his autograph an excerpt from another edition, of all things. 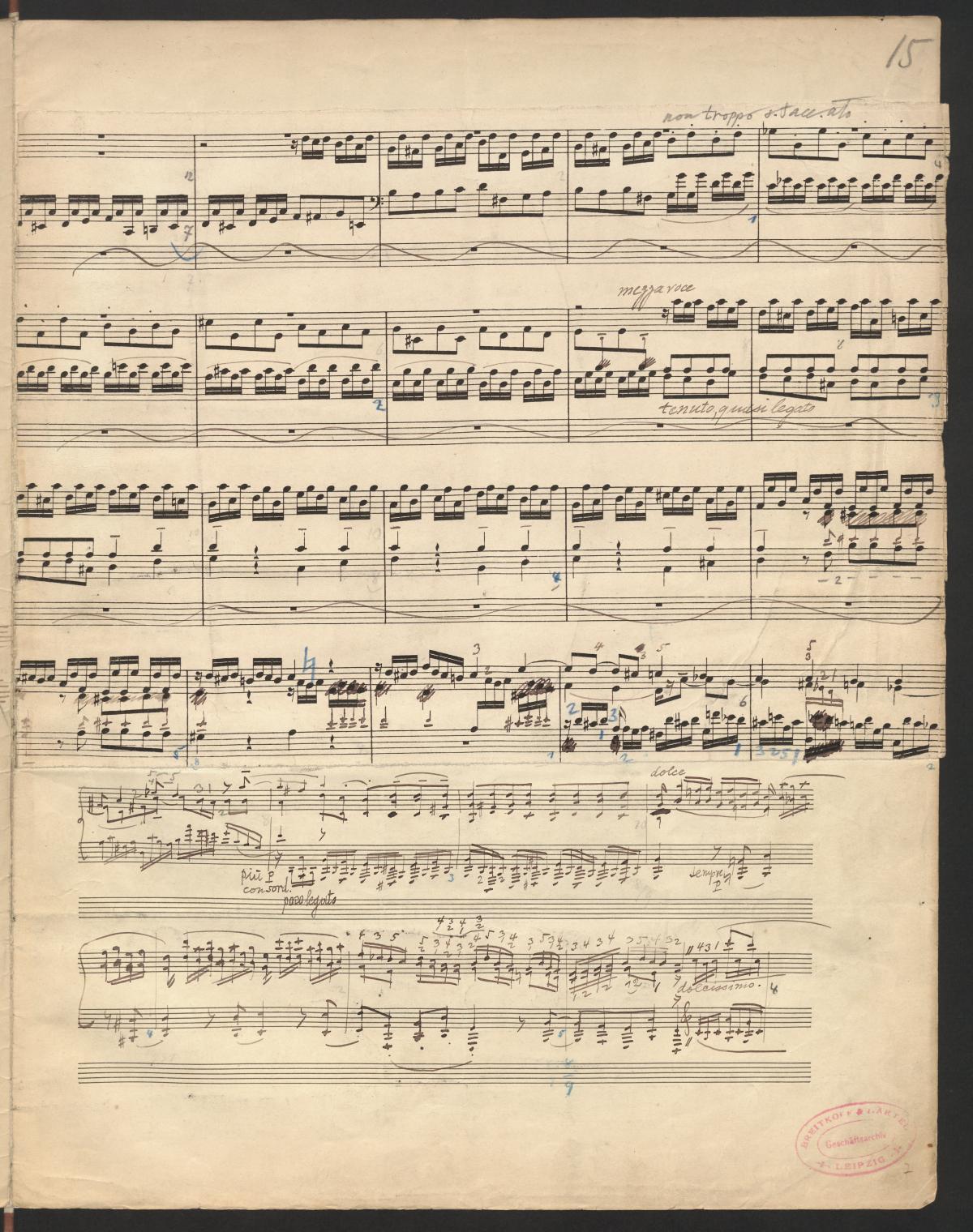 That Busoni, as indicated above, continued to refine his text even after the first edition of 1900, will clarify two details. In m. 92, beat 2, he quite literally follows Bach’s text in his autograph and first edition. 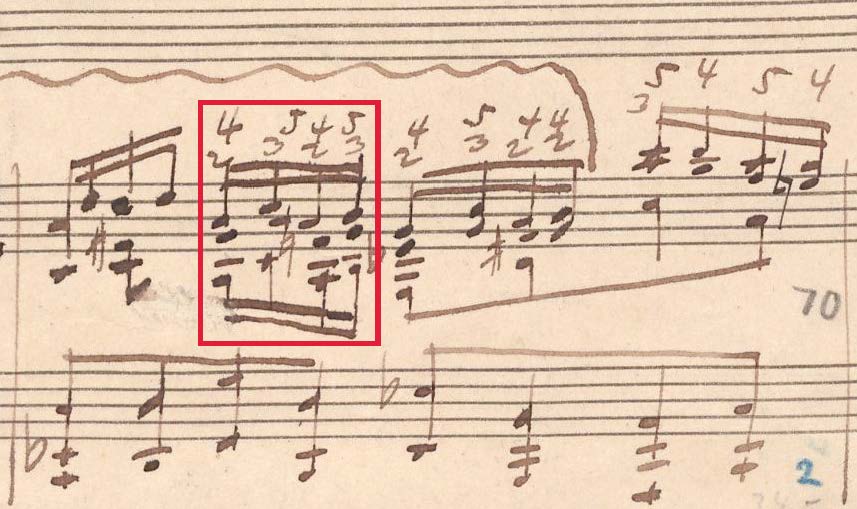 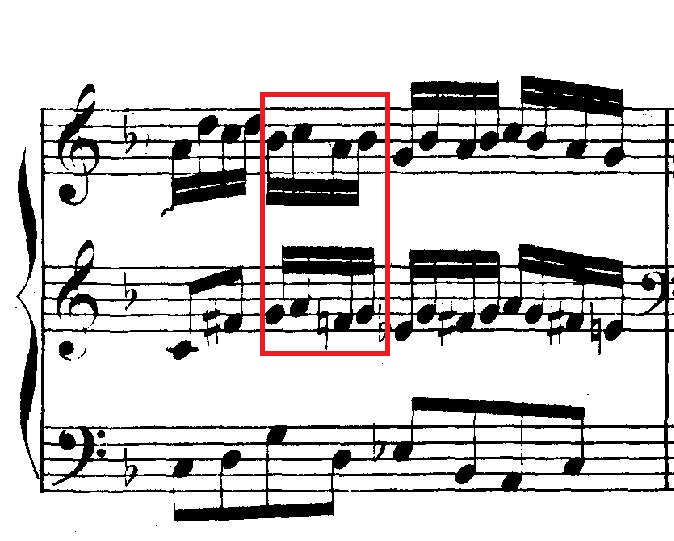 In our main source, the “Bach-Busoni Complete Edition” and therefore also in our edition, the passage looks like this: 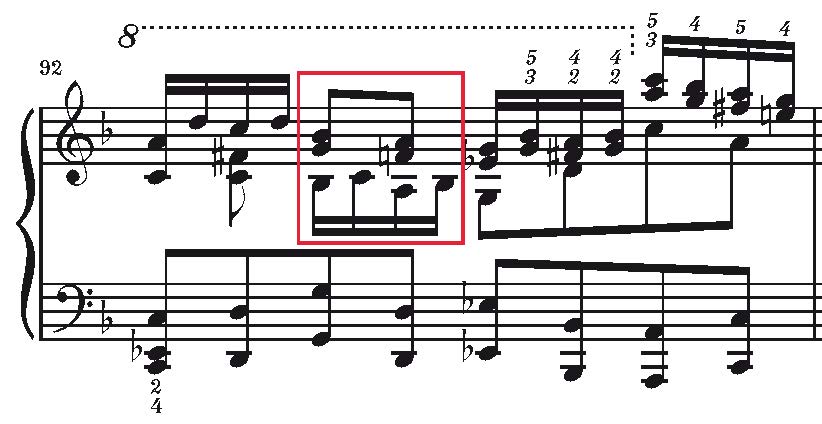 Version in the Bach-Busoni Complete Edition and in the Henle edition,   m. 92

A relatively radical intervention, in my opinion, as compared to the original Bach, for the 16th-note chain of the upper voice is hence harshly interrupted. Busoni was certainly guided in his decision by a healthy pragmatism: the new version is much easier to play at a fast tempo, and the optically pronounced intervention is hardly significant in the heard execution. He moves away from Bach, but clearly approaches us pianists. He even made selective changes in the tones as compared to the original, for the resulting harshness sounds less acceptable in the piano setting than in the organ setting.

Finally, Busoni deleted a few first-edition “ad libitum” passages and decided on only one valid variant in the Bach-Busoni Complete Edition:

All of this, it goes without saying, is meticulously documented in our Urtext edition. I can recommend that every pianist ought to have a look at the critical report to see how Busoni treated his Bach model whilst arranging it. In any case, he himself saw “his” D-minor toccata as a climax and an end point. In his dedication to the pianist Robert Freund, he writes: ‘With the publication of these “toccatas”, I conclude for the time being a series of similar and related works; I count the present one amongst my most mature of its kind.’

But why does Busoni speak of “toccatas”? Well, published in addition to the D-minor toccata BWV 565 is an arrangement of the Toccata, Adagio and Fugue BWV 564. This does not yet exist in the Henle Urtext, but our small series may well find a sequel in the future….

You can find recordings of Claudius Tanski and Claire Huangci on Youtube.