Posted on October 25, 2021 by Annette Oppermann 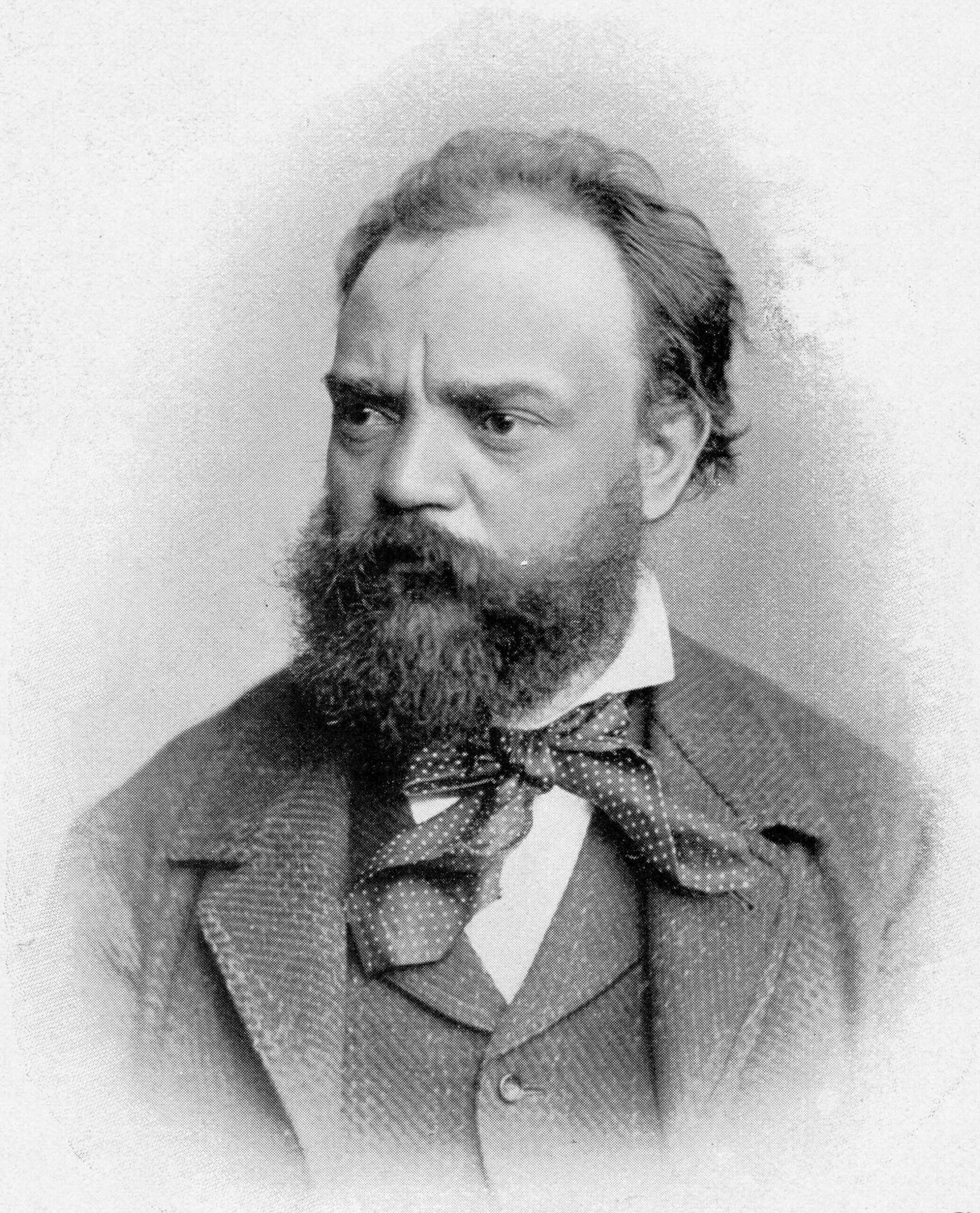 Antonín Dvořák’s Cello Concerto op. 104 may be a special challenge for cellists, but for the editor of an Urtext edition it is a real nightmare. Not only – as so often with Dvořák – are there numerous differences between the score and first edition that are difficult to resolve. No, also showing up time and again even within the individual sources, especially in the solo part, are discrepancies and ambiguities, be they owing to multiple overwritings in the autograph or small dynamic and articulation variants between the individual printed part and the score or piano reduction. The engraver’s model for the first edition, which Dvořák himself wrote out in the autumn of 1895, would indeed be very helpful – but it is unfortunately lost. Appearing in New York a few years ago was an early copy of a separate solo part, apparently from Dvořák’s immediate milieu, that surprises in some places with precisely counted “blank measures”.

But let’s start with the autograph: Dvořák wrote the cello concerto during his last “American winter”  in 1894/95 and recorded at the end of the score: “Finished in New York on 9 February 1895 on the birthday of our [son] Otáček early on Saturday morning, around 11:30.” As early as December 1894 he had mentioned to his publisher Fritz Simrock a performance planned for the end of the season in America. At the end of February he reported to the family that in fact “here and there” he was still changing “little things” at the concert, but had already presented this to various cellists who forecast a “brilliant future” for the work.

One of these cellists was  also an old acquaintance of Dvořák’s, Alwin Schroeder of the Kneisel Quartet, from whose possession the aforementioned copy with the blank measures comes (image courtesy of:  Bob Williamson Collection, Dvořák American Heritage Association, and the New York Philharmonic Leon Levy Digital Archives). 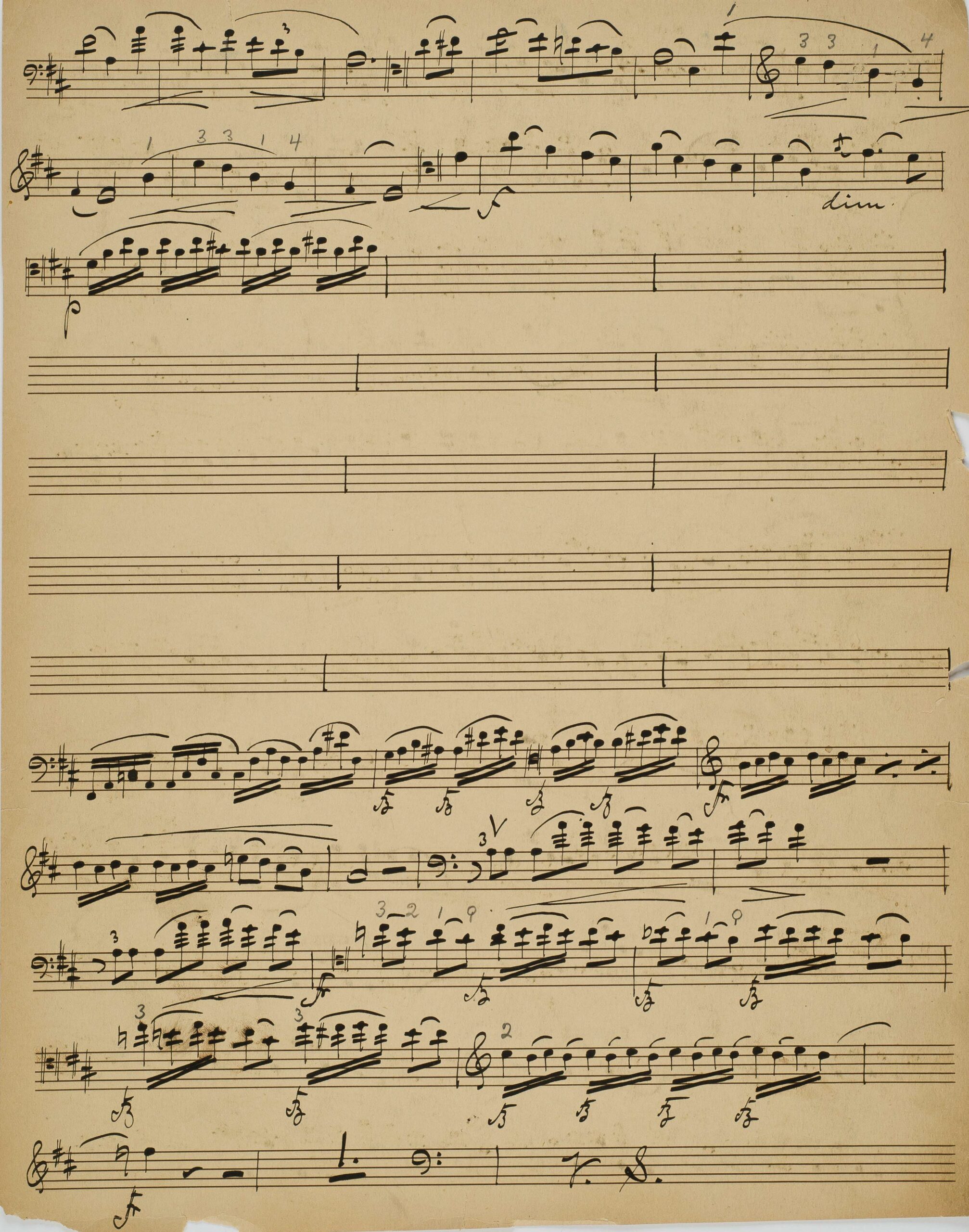 It was probably made for a performance or a joint rehearsal, for the music text is so laid out that the soloist can turn pages during measures of rest. Scattered rehearsal numbers, together with pencilled fingerings in some places, also suggest that this part had a practical use – but how to explain the blank measures in the outer movements (movement I, mm. 158–171 and 285–298, movement III, mm. 177–188)? A glance at the autograph score, now preserved in the Prague National Museum (Czech Museum of Music, Antonín Dvořák Fund, S 76/1540), surprisingly reveals contradictory findings: where blank emptiness prevails in the separate solo part, to be found here is an excess of variants in the up to four writing layers in the solo part!

The exact text comparison of both sources – autograph score versus solo-part copy –   provides the explanation: The copy contains only a few of the changes entered into the autograph’s music text, thus presumably attesting to the exact text status of the autograph’s first revision, mentioned in Dvořák’s letter of February 1895, which, though, was far from the last.

Rather, after his return to his Bohemian homeland in the spring of 1895, Dvořák revised it also in collaboration with, amongst others, the cellist Hanuš Wihan, to whom the concerto is dedicated. Besides Dvořák’s fundamental changes, such as composing a new ending, the autograph also reveals in many spots that composer and interpreter “polished” the solo part together – as in the excerpt from mm. 158–165. The copy was thus evidently made at a time when nothing had yet been decided – perhaps blank measures were even supposed to serve as “space for your notes”, so that here the cellist performing it could even ponder his own version?

Noteworthy, incidentally, is that this (and just so also with the other “blank measures”) is not a brilliant solo passage, but an accompanying figure. Musically foregrounded in this transition passage is the plaintive woodwind motif, which the soloist underlays with only a delicate  “soundscape”. For this purpose, Dvořák had initially planned a simpler figuration in groups of four, which was evidently discussed in various alternatives, before Wihan then ultimately entered the original broken chords in 16th-note sextuplets in the lower stave, the beautiful and subtle execution of which still poses a challenge for every cellist. 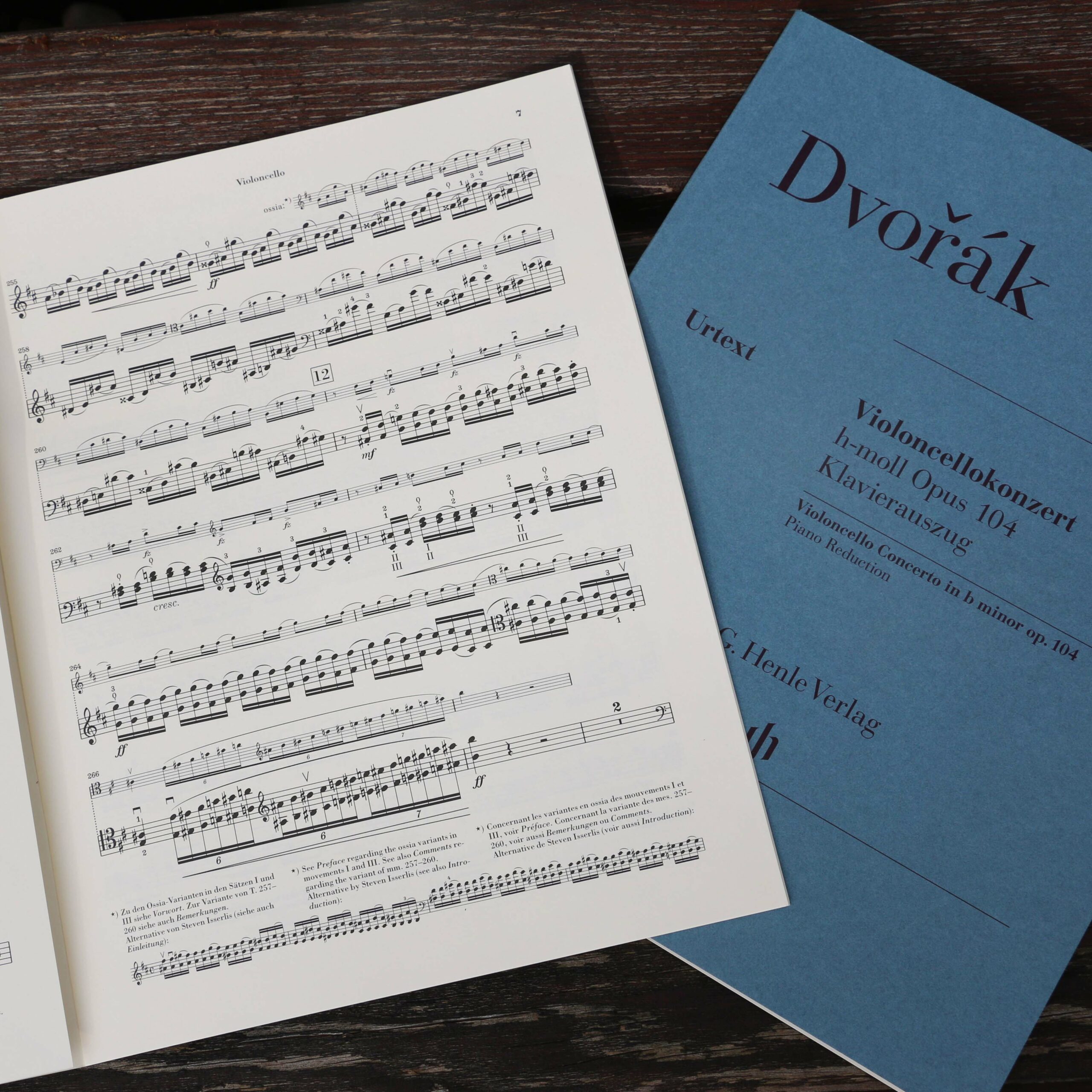 We found this passage so typical of the joint composer-performer collaboration that we even used it as the frontispiece of our new Urtext edition of the Cello Concerto – even though it is not one of the “questionable passages” that the editor reports having caused a headache. But read about these problems (and how we successfully solved them with the wonderful support of cellist Steven Isserlis) in the near future – after all, Dvořák’s Cello Concerto is worth more than a single blog post!