Posted on November 22, 2021 by Norbert Müllemann 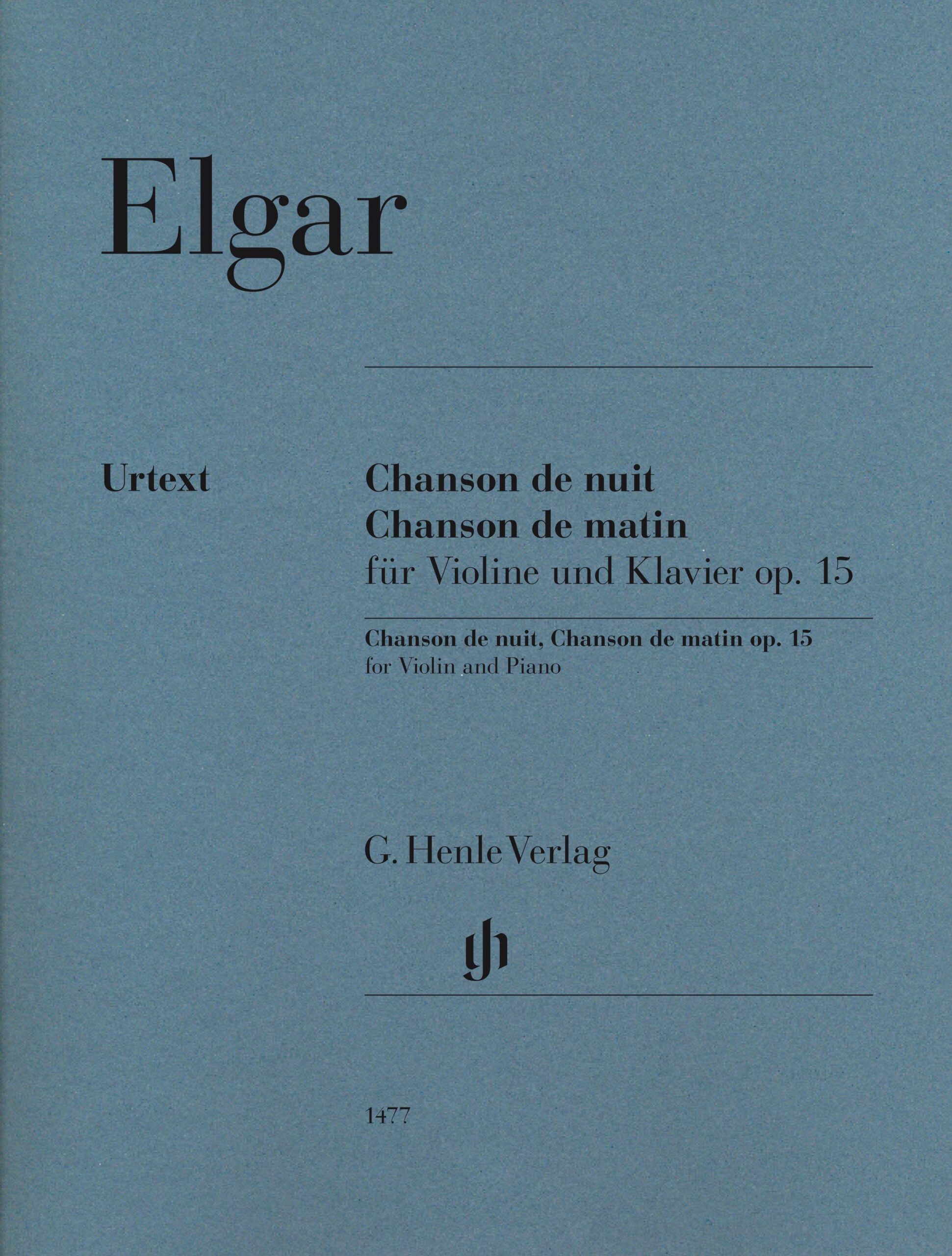 The question posed in the title of my blog post today is deliberately paradoxical and provocative. Something must indeed have been edited, for otherwise this wonderful new Urtext edition wouldn’t be in the G. Henle Verlag’s catalogue. But here we are actually dealing with a special philological case that is at first glance unproblematic, yes, I might almost even say: seemingly relieving – but on closer inspection turning out to be rather discomfiting.

Edward Elgar’s two violin pieces Chanson de nuit and Chanson de matin are certainly amongst the “perennials” of the violin repertoire. If you aren’t sure whether you’re familiar with them, you should just once listen here.

With these pieces after Salut d’amour, Elgar once more succeeded in composing for his instrument, the violin, two catchy tunes that have become indispensable to our musical memory.

The analogy to the Salut d’amour is not far-fetched since already during negotiations with his publisher Novello, Elgar suspected that the two new works would be as successful as the Salut. Upon the precursor work’s publication in 1889 he was less experienced in music-market matters and let himself be fobbed off by his publishing house – Schott in this case – with a relatively low flat fee, a decision he later came to regret when Salut soon became a real bestseller. Now, nearly 10 years later, Elgar tried to take countermeasures, first offering Chanson de nuit to the Novello publishing house in October 1897 with the words: ‘I wish you could arrange terms for it which would leave me some interest in it: the last Violin piece I wrote, which unfortunately I sold some years ago for a nominal sum, now sells well – I understand 3000 copies were sold in the month of January alone.’ To no avail, and Novello persuaded Elgar to accept a flat fee very similar to Schott’s. 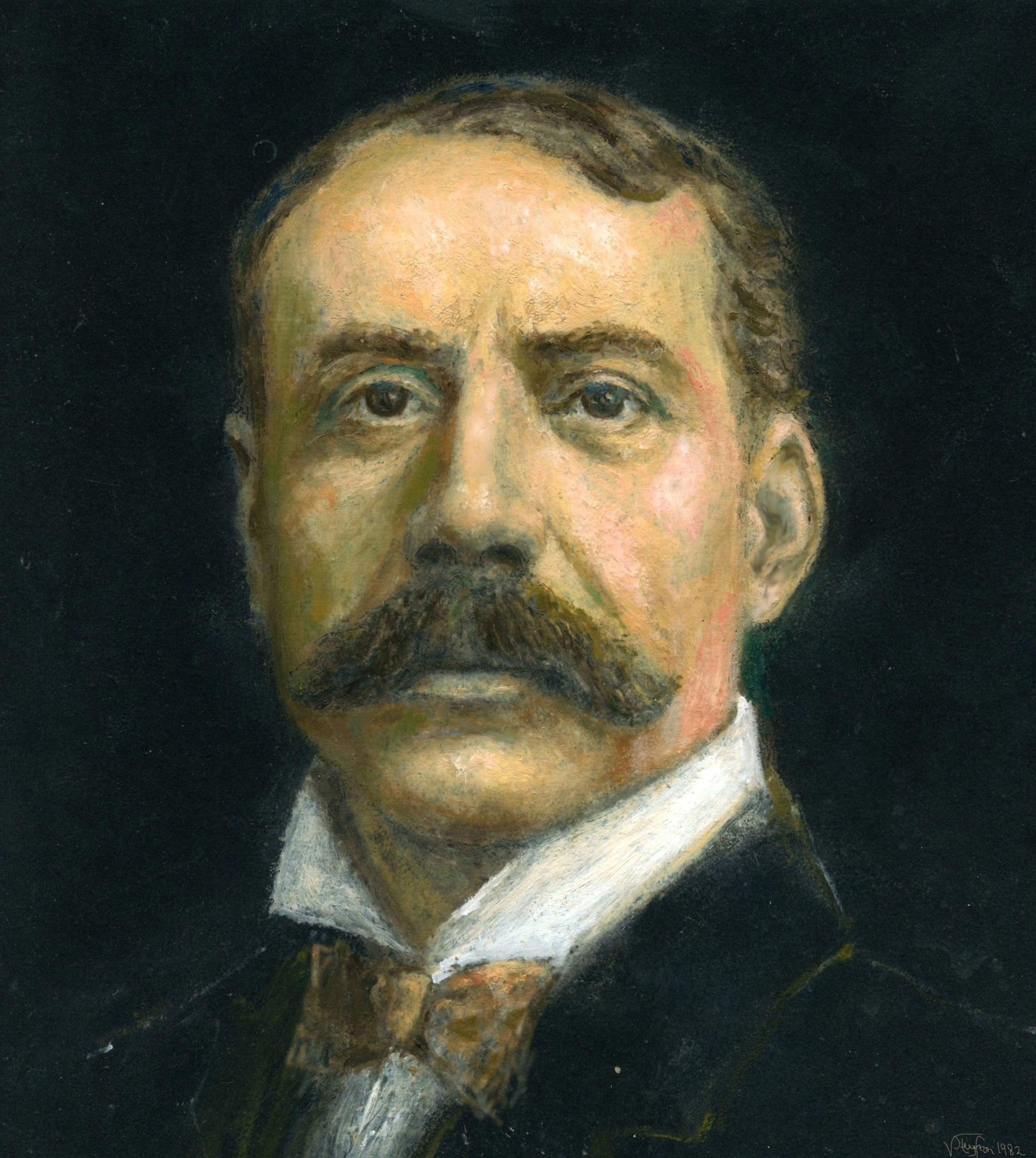 Novello even copied yet another strategy from its rival publishing house. Elgar originally gave Salut d’amour a German title: Liebesgruß. Schott’s gambit of translating this title into French presumably helped the work gain international success. And in 1897 Chanson de nuit was originally also given a different title: Evensong. Only, Novello had persuaded the composer to change this title as well. Published two years later, in 1899, was Chanson de matin. This time Elgar wrote Novello: ‘Enclosed I send the M.S. of an easy Violin & pianof[or]te piece. I see from my sketch (which I found last week & have since completed) that this piece was intended to be a companion to the one you have already. The title was changed you may remember to Chanson de Nuit – so I have suggested calling this ‘cheerful’ piece Chanson de Matin.’

But where are the editorial problems announced at the start? Again, I’m consulting Salut d’amour for comparison, since its source situation can be described as ideal: There, we have Elgar’s first autograph, an autograph engraver’s model in which he separately wrote out both the piano score and the extra violin part, a first edition that he authorised, and even (as if in documentation) an exemplar from his possession with an autograph dedication to his wife Alice (see the Critical Commentary). And, as for the Chansons? Extant in this case are only the two first editions, later combined into a double edition and hence sold as a set. The correspondence with the publisher, from which I have already quoted above, shows that Elgar also definitely authorised these editions, though regrettably no autograph material has survived. Sketches, first drafts, engraver’s models, all must be considered lost. 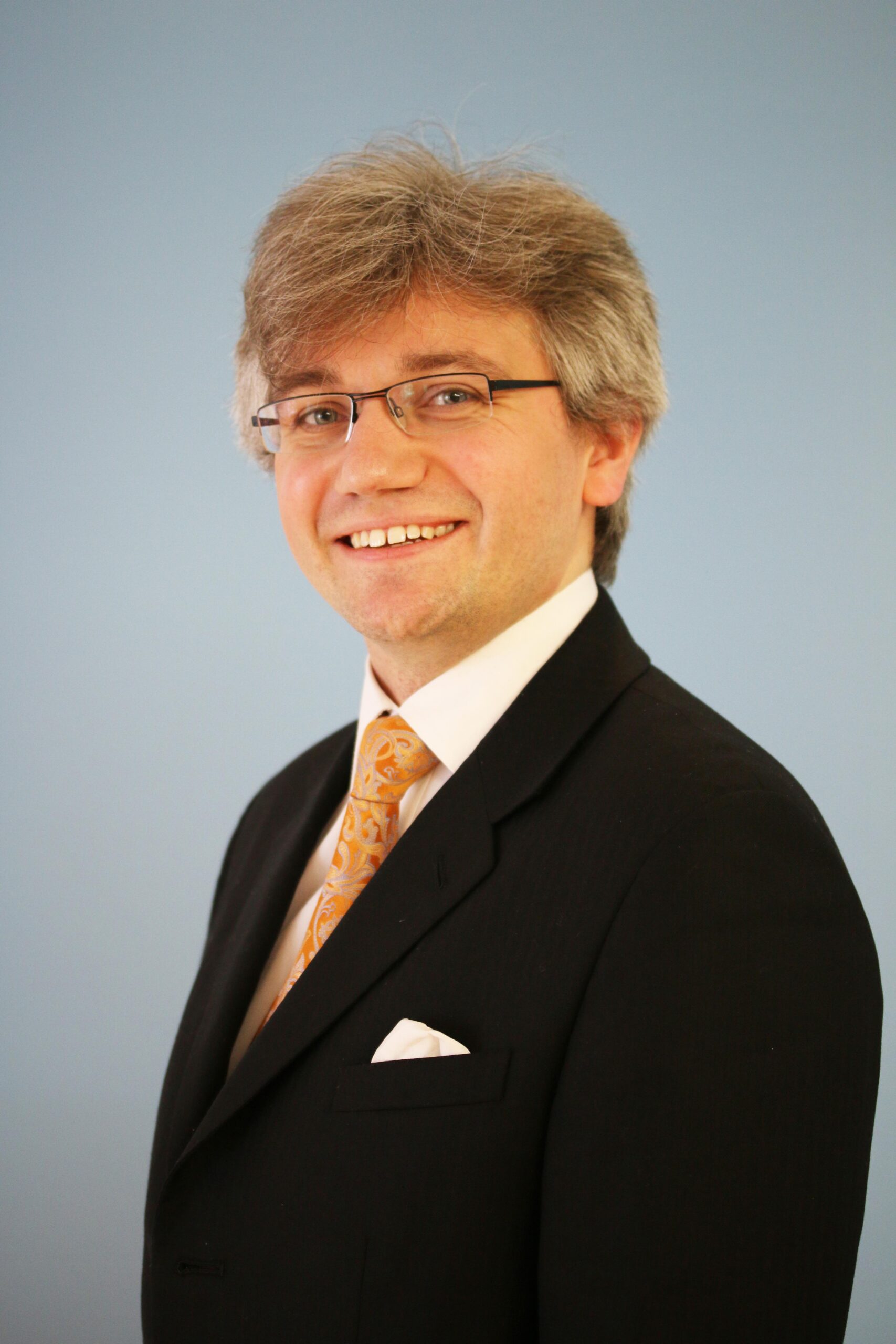 So, where’s the problem here? We Urtext editors always look for the latest authorised source, the latest version, using this as the basis for our edition. Rupert Marshall-Luck, our Elgar specialist, has therefore chosen the respective first edition as the main source for both the Salut as well as also the Chansons. Every source, regardless of how reliable and authorised, likely contains errors or at least inaccuracies. When we have further, earlier sources, we can detect these errors in a later source and correct them accordingly, if necessary. Though a multitude of sources can therefore be confusing, on the one hand, in many cases they can also facilitate our decision-making. The music text is then much more reliably safeguarded.

But what happens when only one source is available? To put it simply: Editors reproduce that source! Wherever there are doubts about the correctness of a reading, they must then decide, lacking further sources, whether or not to intervene and make changes. Hence, a supposedly “easy” edition from only one source becomes a risky venture, for this source is always in danger of being arbitrarily distorted by the editor. 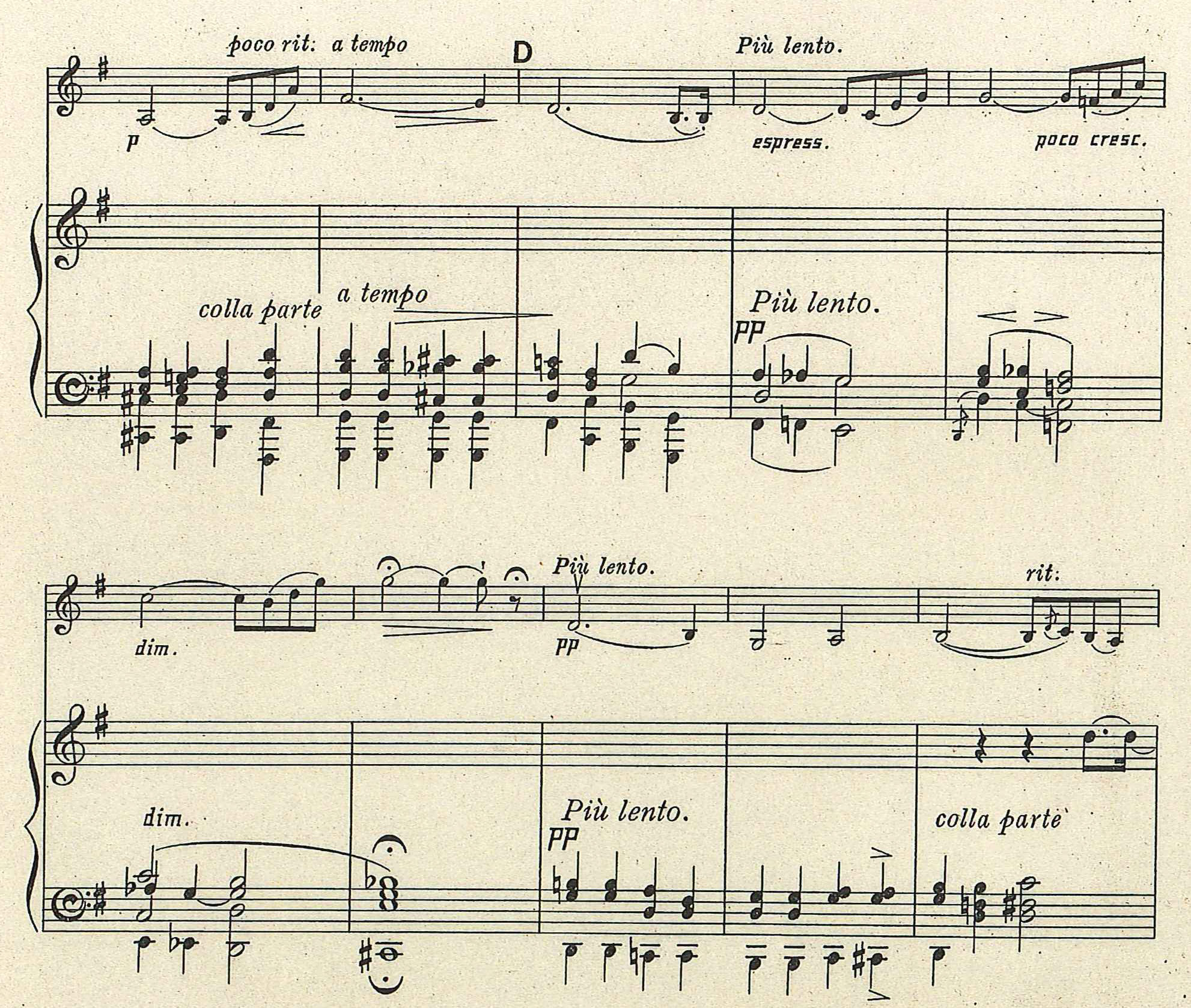 Rupert Marshall-Luck has dealt with this awkward situation with exemplary care. It was necessary to compare parallel passages to consider whether in the first edition differences here are intentional or inadvertent. The next step is to compare the piano score’s violin part with the separately inserted, extra violin part. For we can assume (again based on the Salut d’amour source situation) that Elgar submitted to the publishing house separate autograph engraver’s models for the piano score and the extra violin part. This means that both violin parts of the first edition might contain authorised readings to choose from – and this choice needs to be justified. In the process, Rupert Marshall-Luck has discovered many differences, especially in the dynamic markings (see, for example, mm. 43ff.), and determined that the first edition’s separate violin part is more idiomatic and coherent than the piano score’s violin part. Conversely, dynamic markings occasionally lacking in the separate violin part can be adopted from the piano part. He did not arrive at all these decisions easily, and since there are no autograph sources to confirm them, all fine adjustments of that kind are documented in our edition’s individual comments.

So, there were quite a few things to “edit” (to return to our initial question). The comments section attests to this mosaic of individual decisions – providing, however, an extremely convincing overall picture and thus a very reliable and well-justified music text for these two charming violin melodies. We wish you much pleasure in rediscovering these two Chansons!

One Response to »An Urtext edition of Elgar’s Violin Chansons: What does an editor do when there is nothing to edit?«