Posted on January 31, 2022 by Wolf-Dieter Seiffert 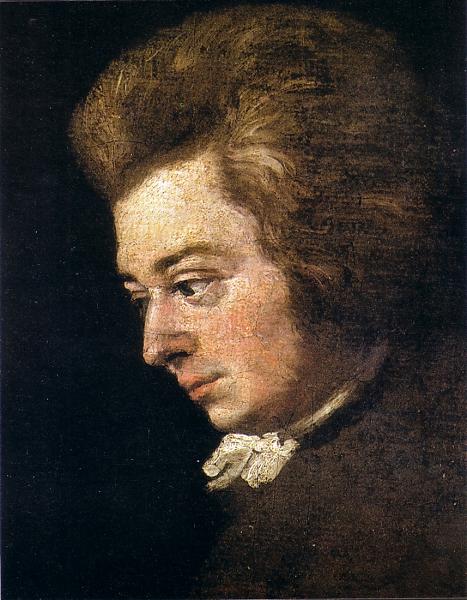 “All good things come in threes” – this phrase came to mind as I sat down to address the following text, having already posted twice on the Henle blog about Mozart’s famous “Alla Turca” piano sonata in A major: Post number 1 dealt with the sensational Budapest discovery of the Mozart sonata’s part-autograph and its editorial consequences ultimately leading to our new, revised edition. Post number 2 unravelled for the first time the previously misinterpreted “repeat” instructions on Mozart’s last autograph page of the “Rondo Alla Turca”. And now number 3: Turning up in the meantime has been a copyist’s copy from Mozart’s time (!), so far completely unknown.

Today’s post is, in a nutshell, about the new editorial consequences – actually very few – that this source has had for the Henle Urtext (HN 1300), and about how erroneously this source finding was evaluated in another publishing house – namely, Bärenreiter Verlag.

This was one of my most exciting experiences in recent years as a Henle editor: At the end of 2016 I was invited by the Munich auction house Zisska & Lacher to evaluate a completely unknown copyist’s copy of the A-major sonata. I thoroughly examined the source and, describing it in detail, consulted the musicologist Dexter Edge, the world’s leading expert on the complex topic of “18th century copyists”, about the question of dating the undated source. He actually recognised the anonymous Viennese hand and reliably dated the manuscript to the “early 1780s at the latest”. For its catalogue (pp. 13–15, lot 34), the auction house wrote up its detailed source appraisal based on our preliminary work. The copy was ultimately sold to the USA, its owner (Christopher J. Salmon) then generously made colour scans of the source available to me.

I introduced the exciting source to my Mozart colleagues at the Prague Mozart Congress in the summer of 2018, describing it in detail with several illustrations and a meticulous source evaluation; the oral presentation has meanwhile been published (Zu einer bislang unbekannten zeitgenössischen Abschrift von Mozarts Klaviersonate A-Dur KV 331, in: Mozart Studien 27, Vienna, 2020, pp. 193–213).

Suffice it to say here that this newly discovered copyist’s copy is definitely relevant and important from the viewpoint of the Urtext editor, though it is unfortunately not as spectacular as was initially anticipated. Why? Because it was copied either directly from Mozart’s autograph, or, more likely, from another copy of the autograph, and contains no entries by a third hand (for instance, by the composer himself). But since Mozart’s autograph is known to be extant only in part (see my blog post number 1), the copy quite respectably replaces the autograph’s missing sections. “Quite respectably” indicates that the copy includes writing errors and lots of inaccuracies – as evidenced by the meticulous comparison with the available autograph sections. The source value of the new copy can also be summarised as follows: Had Mozart’s autograph of K. 331 survived intact, the new source would have no editorial significance. But as it is, the source is very helpful in approximately replacing the lost sections.

I have incorporated all the insights to be gained from the new source within the newly-revised Urtext edition © 2021 (HN 1300). Moreover, I have delineated all the readings and anomalies within a very detailed “Critical Report” for downloading.

The few new (!) readings resulting from the copyist’s manuscript, which are certainly of interest to every pianist, have been included in the main music text of the new Urtext edition or in footnote annotations. These are summarised here for my blog readers (C = copy, A = autograph, FE = first edition):

Illustration 1: Excerpt from C, start of the first movement.

But now before you transfer these indications to your textually outdated music edition, I’d recommend purchasing the new Henle Urtext edition HN 1300 © 2021, with the completely correct music text, a detailed preface and a concise critical apparatus.

Even though the editor of the Bärenreiter edition of the A-major sonata (BA 11816, © 2020) views the issue otherwise – and is, in my opinion, utterly wrong – it must finally be emphasised that professional source criticism cannot ignore the following facts: The extant manuscripts of the three piano sonatas, K. 330–332 (autographs and the new copyist’s manuscript of K. 331), document the sonatas’ emergence as “stage 1”. Available with Artaria’s publication of the textually revised first edition (Vienna, 1784) is “stage 2” within the genesis of this work and hence the “definitive version” or Mozart’s “last word”. For:

For (1): Source Criticism and Text Criticism

The engraver’s models containing Mozart’s corrections for K. 330–332 are lost. As compared with the autographs or manuscript copies, the textual differences in the first edition, some of which are striking, must inevitably come from the “missing link”, that is, the engraver’s models. The lack of this “missing link” is the norm in almost every Mozart edition. For all source criticism, evaluating the first edition as a source is solely about verifying the authorisation of the source(s), usually to be based on the plausibility of circumstantial evidence in the absence of supporting documents.

In the case of K. 330–332 the matter is very simple and clear: Mozart himself sent or brought his manuscript engraver’s models to Artaria: “Now I have given the 3 sonatas for solo piano…to Artaria for engraving” (letter of 12 June 1784 to his father in Salzburg). Better evidence of authorisation is hardly possible.

That the first edition contains striking engraving errors is, of course, not an argument at all against its value as a source, merely evidence that Mozart was not interested in proofreading the galley proofs – which, by the way, is also notoriously the case in the Mozart edition. And even if, purely hypothetically (!), the textual differences in the first edition as compared to the autograph were to go back to a third party – naming Josepha Aurnhamer is speculative in the Bärenreiter editor’s preface – then this must have occurred with the consent of Mozart, the author, for, as I gladly repeat: He himself “gave them to Artaria for engraving”, thus authorising the textual status of Artaria’s print.

This source evaluation does, of course, have consequences: If there is no obvious error in the first edition or a gross inaccuracy, demonstrated by comparing the (part) autograph and/or the copyist’s copy, the printed version reveals the better music text on which the Urtext is to be based; the manuscript version is then simply outdated as preliminary (stage 1).

To give just one example: If the first edition shows dynamic markings that are STILL lacking in the autograph, then these must be owing to Mozart’s intervention in the (lost) engraver’s model, philologically speaking, thus authorising such additions (e.g., 1st movement, mm. 28–30; 2nd movement, mm. 19 and 20).

Nevertheless, Mozart’s autograph and, in part, the copyist’s manuscript remain of the highest source value. For with the aid of this stage 1, which has been surmounted more or less, we can through meticulous comparison clarify and correct the print’s ostensible and confirmed errors. (And there are also spectacular examples of this in the case of K. 331, just to recall the wrong note in measure 3 of the minuet). The “definitive version”, authoritative for us editors, is for certain in the first-edition print. (A source reproduction of both stages – as is curiously the case with Bärenreiter – is not only confusing to every pianist, but simply a gross editorial mistake.)[1]

No further support is required for the completely unequivocal source evaluation and its premises presented under (1), but text- and style-critical arguments also document the higher source value of the 1784 first edition vis-à-vis the manuscript transmittal. This applies only marginally to the A-major sonata (most notably in the third movement’s very distinctive “Alla Turca” heading), though serious differences and emendations can be found in the first editions of the two sister sonatas in C major, K. 330, and in F major, K. 332, vis-à-vis their manuscript predecessors. Only two notable passages can be cited as evidence of Mozart’s subsequent revision, notated in the lost engraver’s model for Artaria:

To summarise once again: Mozart’s autograph of the A-major sonata (stage 1) was probably copied (perhaps several times) for pedagogical purposes. One of these Viennese copies has now surfaced and is accessible, thanks to its present owner. Before going to press, Mozart revised to a greater or lesser extent the texts of all three piano sonatas, K. 330, 331 and 332, and sent the engraver’s models he had accordingly prepared (stage 2). A reputable Urtext edition of the sonatas therefore draws on the manuscript and printed sources to create the optimal text, edited on the basis of the authorised “definitive version” (= first edition, Artaria, 1784), i.e., with their engraving errors and superficial details emended as a consequence of a strict textual comparison and annotated in the “Critical Report”.

What are your thoughts on this topic? Please feel free to express them in the Comments Section of this blog post.

[1] That the editor does not mention a word of my published research results on the new copyist’s copy in his edition, otherwise appearing to be so immensely scholarly, is, compared to that, just in bad style.

One Response to »“Latest news about Mozart’s piano sonata in A major, K. 331”«