As announced in my last blog post, the collected volume of the Etudes op. 8 by Alexander Scriabin has meantime been published – our birthday present for Alexander Scriabin. It contains all twelve etudes, plus a second version of the most famous, No. XII, in the appendix. But more on that later. First, I would like to answer the question with which my last blog post concluded: How is it that the thunderous conclusion of the last etude, with its heaven-storming ascent over the entire keyboard, is notated completely differently in the extant autograph?

Missing in the autograph version is an fff; shortly before the ascent, Scriabin reduces the dynamic to a p, allows the sound to swell again to an ff and closes with two chords in p. A completely different sound impression, and – in my opinion – just as convincing. Well, which is right? His autograph or the well-known fff reading from the first edition?

Version in the autograph.

Scriabin was under tremendous time pressure at the start of 1895 when he was wanting to conclude his Twelve Etudes. His publisher Belaieff was impatiently awaiting the engraver’s model that had evidently long since been promised him, but the composer was relentlessly revising and polishing. In a letter of March that same year, he tried placating the publisher, giving a vivid insight into his workshop: “You are annoyed with me – quite rightly so, but I deserve some indulgence. At present, I am literally working from dawn to dusk; I get to work as soon as I wake up and then sit at it until evening without getting up. […] Do you think I am composing something new? Not at all, just the etudes. Some of them I have revamped so much that you will not recognise them; for example, the one in A-flat major has been completely modified, as have the ones in b-flat minor and in d-flat minor, and the other one in b-flat minor has a new middle section.” The autograph illustrates this working process, for time and again entire passages were deleted and re-notated, with sometimes the final version even recorded on paste-overs – fine evidence of a perfectionistic composer.

As also with many cases discussed in this blog, the work was, however, not finished when the engraver’s model was submitted to the publisher. In numerous places, the first edition so blatantly differs from the autograph that only the composer himself can have been responsible for such changes. We can assume that in the galley proofs Scriabin not only queried engraving errors (and overlooked quite a few), but often introduced new readings that went beyond the autograph text. These proofs are, indeed, lost, but letters suggest that the composer authorised all the changes in the first edition published in 1895 and in a further improved edition from 1897.

This already answers the question posed in the last blog post and repeated here at the outset: We can assume that the fff ending of Etude XII goes back to the composer himself. And that twice he deliberately abandoned the autograph’s retracted dynamic in favour of a rapid, radiant final impact (‘composing’ forthwith the thunderous applause into which every audience frenetically erupts as soon as the second d-sharp minor chord is heard). 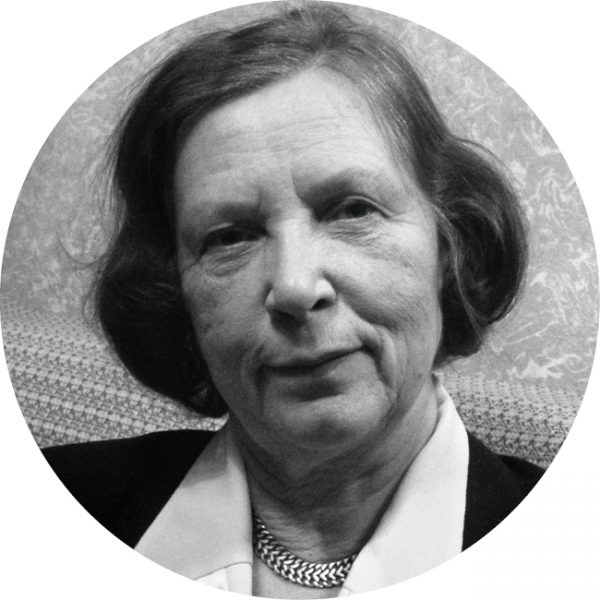 The new Urtext edition by Scriabin specialist Valentina Rubcova presents all of this with crystal clarity, giving preference in principle to the first-edition readings, but also adopting at certain points indications from the autograph whenever she suspects that Scriabin might have overlooked something in proofreading the galleys. Although the first-edition music text is extremely reliable, it is not perfect, though the vast majority of these oversights can be discovered and corrected via the autograph.

Many Scriabin exegetes of the past were not content with such a procedure. Suspecting further errors in several places, they altered the music text in new editions, going beyond the autograph and first edition – based, that is, not on the sources but on their notions of musical plausibility, a highly problematic procedure, of course, in an Urtext edition. One of these editions, published in Moscow in 1947 by Igumnow/Milstein, even claims that the proposed textual changes were owing to the wishes of the composer himself, though no documentation of this alleged authorisation is extant. Nevertheless, following Igumnow/Milstein, these changes also found their way into modern editions.

It is the view of our editor Valentina Rubcova that most of these later, unauthorised variants have nothing to do with Scriabin, despite the fact that many of the corrections have entered the consciousness of modern pianists. In order to create as much transparency as possible for all those accustomed, here and there, to a different music text, our edition includes the most important of these variant readings in footnotes. That way, everyone can decide for themselves, and in case of doubt, adopt their preferred variant. To illustrate this, here is the close of Etude I. In mm. 47–50, later editions bring different readings that seem ‘smoother’, more systematic and more logical. But aren’t they to be suspected for that very reason? 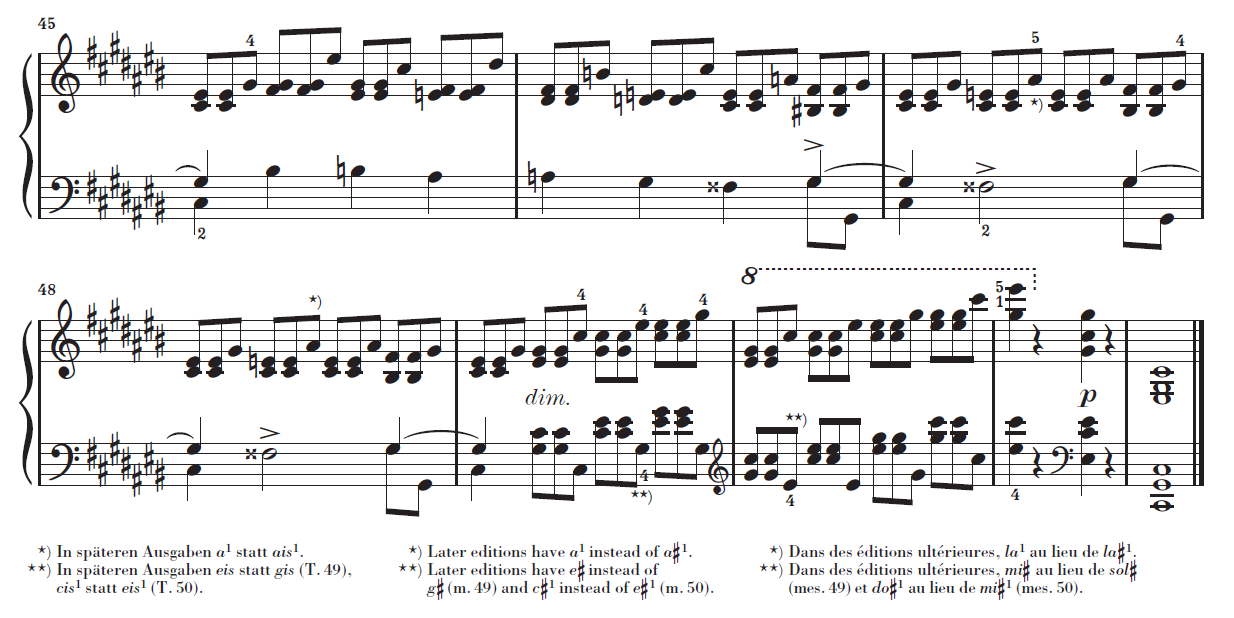 And finally, one last birthday treat. In the above-mentioned letters between Scriabin and his publisher Belaieff, there is repeated mention of a second version of Etude No. XII that Scriabin is not sure whether to publish. Anyhow, he sends it to Belaieff and writes: ‘You have probably already received the etudes; amongst them you will also find the second version of the d-sharp minor etude, which I do not wish to have immediately published. Would you like to keep it there for a while: Something in it does not satisfy me; and to tell you the truth, everyone has been pestering me to rewrite it.’ And later, in conjunction with the proofreading: ‘If there should be any mistakes, it will be in the 2nd version of the d-sharp minor Etude, the printing of which is not necessary just now.’ We can literally sense the composer’s hesitation about releasing this version to the public. In the end, he lacked the courage, and even on the advice of his friends, this version was not published. Scriabin’s indecision, however, and his statement that printing is not necessary ‘just now’ have now persuaded us to take this step: In the appendix to the collected volume HN 1486 (but not in the single edition HN 1583), we are finally printing the second version of No. XII from its extant autograph. And we are already very curious to see how it will be received by the piano world!

This entry was posted in piano solo, Scriabin, Alexander and tagged Etude, Scriabin. Bookmark the permalink.