Whereas Saint-Saëns, the highly educated cosmopolitan who travelled throughout Europe and parts of America and North Africa on concert tours and spa visits, was often aloof and dismissive in his personal dealings, Franck, who rarely left France after moving to Paris, was distinguished by his amiable and obliging manner even to his critics. Saint-Saëns, accordingly, cultivated only a few friendships (including that with his former pupil Gabriel Fauré), whilst Franck gathered around him a large group of pupils (including Vincent d’Indy and Ernest Chausson) who admired him unreservedly as ‘père Franck’. Saint-Saëns enjoyed taking pen in hand to express himself publicly on artistic and aesthetic but also political questions, though Franck, for whom even writing business letters was annoying, kept out of all public debates. Just as Saint-Saëns acted as a tireless manager and promoter of his works, Franck relied, like no one else, on the help of his friends and students – to mention only a few of the two personalities’ numerous contrasts. 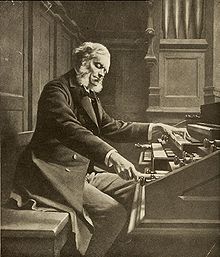 As commendable as the commitment of Franck’s pupils was to the dissemination and recognition of their teacher’s works, the image of their revered master that they conveyed to posterity seems open to doubt. Mystical exaltation and transfiguration had already begun during Franck’s lifetime, defined by the idea of the lonely, misunderstood genius completely immersed in his music at the organ of the Sainte-Clotilde church in Paris. Recent research has meantime thoroughly revised this image: Even in periods of low productivity and relative seclusion, Franck maintained a network of contacts and was thoroughly respected and recognised in professional circles – there can be no question of his being lonely and misunderstood.

His by no means straightforward life story offered, though, points of departure for such a distorted picture. Franck, who began as a child piano prodigy under his father’s strict supervision, gave up his career as a piano virtuoso in 1846 after breaking with his father, switched to the organ and took on various church offices. At age 37 in 1859, he became principal organist at the Paris Sainte-Clotilde church that had been built only a few years earlier. In 1872 he was ultimately appointed professor of organ playing and improvisation at the Paris Conservatoire – teaching not so much organ technique as composition with great success.

This career, marked by breaks, is also reflected in his relatively modestly-sized oeuvre: In his early years he wrote mainly salon and bravura pieces for his own concert use, although works such as the Piano Trios op. 1 or the oratorio Ruth meant that he was regarded as an aspiring, promising composer. From the late 1840s, when he entered church service, practical liturgical music took centre stage, and as a composer he fell out of the Paris music scene’s limelight despite his reputation as a brilliant organist. His position at the Conservatoire with the leisure now to compose freely, led to a completely new beginning. Accordingly, the works associated with Franck’s name in concert life today, many of which have since been published in Henle Urtext editions, were essentially written only in the last 15 years of his life. These include the Variations symphoniques for piano and orchestra (1885) and the d-minor symphony (1887/88); the two piano works Prélude, Choral et Fugue (1884, HN 494) and Prélude, Aria et Final (1887, HN 464); for organ, Trois Pièces (1878, HN 845) and Trois Chorals (1890, HN 975); as well as the Piano Quintet in f minor (1879, HN 1142), the Violin Sonata in A major (1886, HN 1351) and the String Quartet in D major (1889/90). These works mutually feature chromatic harmonies and the consistently-developed cyclical principle based on Beethoven and Liszt models, establishing coherence beyond individual movements through a common motif and thematic basis. 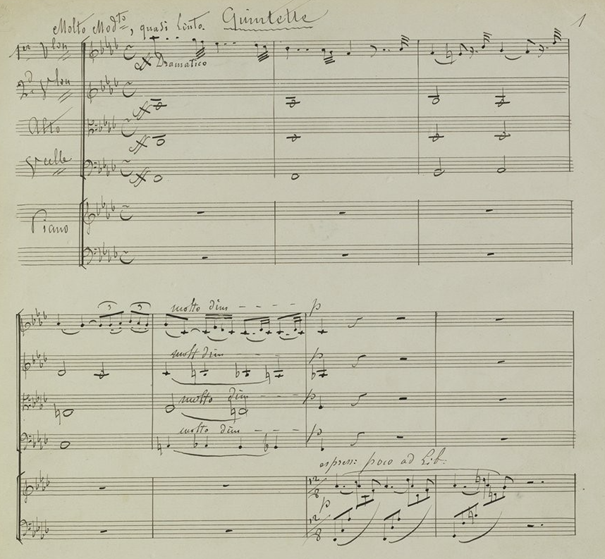 But let’s return to the placement problems, beginning with Franck’s nationality. Was he French or Belgian – or even, as authors claimed during the National Socialist era, a German composer? Franck’s ancestors came from the Dutch-Belgian-German border region. He was born on 10 December 1822 in Liège, belonging at the time to the Dutch Duchy of Limburg, as did his father’s birthplace Gemmenich, whilst his mother came from Aachen, which had been Prussian since 1815. With Belgium’s independence from the Netherlands in 1830, the Franck family received Belgian citizenship. After his first training at the Liège Conservatoire as a pianist (followed by that of his younger brother Joseph as violinist), Franck’s father moved the family to Paris in 1836. In order to have his sons admitted to the famous Paris Conservatoire, Franck senior had to become a French citizen. César Franck himself, however, remained Belgian until 1873, when – as he was meantime in government service – he received French citizenship. So, his nationality is indeed ambiguous; the question of his nationality seems to have played little role for the composer himself, though all the more so for biographers and critics who transferred the problem to Franck’s music.

Shortly after Franck’s death in 1890 the question of his influence was already being hotly debated. Whilst Saint-Saëns, as expected, described Franck’s effect on French music in 1898 as ‘not pleasing’, Debussy spoke of a ‘Flemish influence’ that, for instance, had harmed Chausson – naturally endowed with the original French characteristics of elegance and clarity. Others complained that Franck, in view of the chromatic voice leading constantly modulating into distant keys, was too strongly indebted to the German-music heritage – that is, to Richard Wagner. When Franck students such as d’Indy or Chausson openly took the Wagnerian style as a model in Franck’s spirit, such critics sounded the alarm and saw French music endangered to its very foundations. Yet Franck’s works, seemingly at first glance late Romantic owing to their modern harmonies within the framework of traditional genres, do indeed show avant-garde traits. These include unusual, individual formal solutions or the upsetting of actually functional harmony through constant modulation into a free colourfulness of sounds not so far removed from that of a Debussy. Franck’s music defies clear classification – sometimes seeming classicist, sometimes romantic, sometimes hypermodern, with the tone often alternating between extremes of static restraint and highly dramatic pathos. Considering the ‘expressive’ directives in instrumental music, such as ‘recitativo’, ‘con fantasia’, ‘passionato’ or drammatico’, the question also arises as to whether personal confessions are hidden here under cover of absolute music in sonata form. In short: a composer caught between two stools, so to speak…. 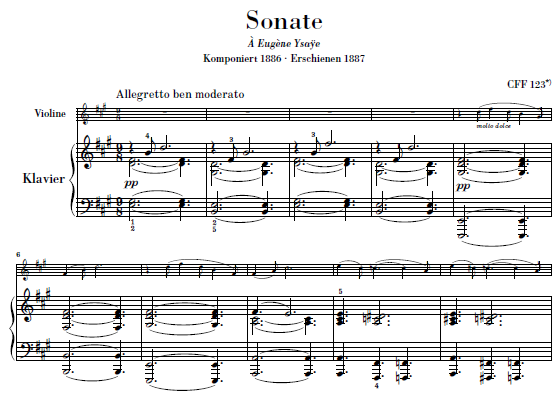 The then-heated debates about classifying Franck’s music have long since been surmounted, and we can enjoy, completed unencumbered, masterpieces such as the Violin Sonata in A major (whose version for cello and piano, expressly authorised by Franck, is also available from Henle: HN 570). Never ceasing to amaze is how Franck succeeds here in developing the entire contrasting thematic material from a small nucleus at the beginning, thus creating a feeling of extreme coherence. Of the sonata’s many excellent recordings, we recommend that with Kaja Danczowska (violin) and Krystian Zimerman (piano) from 1981.