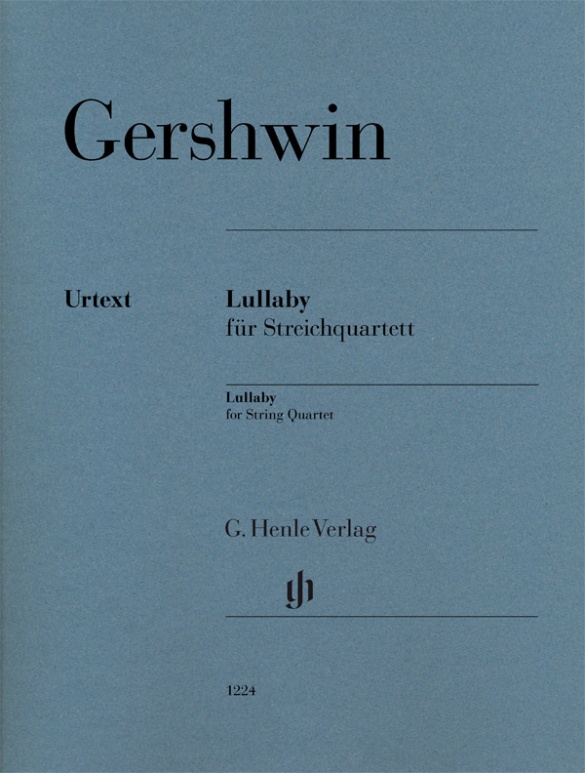 George Gershwin was tragically snatched from life in 1937, far too early at age 38, leaving us merely to guess what masterpieces for the classical music world, not to mention his many musicals, he would have left behind had he lived on into old age. On Broadway he had already achieved everything to be wished for. But with Rhapsody in Blue in 1924 the 26-year-old had only begun his journey into the spheres of Carnegie Hall. He had just 12 years left to write some of the most important orchestral and operatic works in American music history. A few piano works were still to be written and a single chamber work, the string quartet movement Lullaby (HN 1224).

Gershwin himself did not bother to publish the little Lullaby during his lifetime. It was not until April 1968 that the first printed edition of the piece, a study score, finally appeared, published in New York by the New World Music Corporation. It includes an informative preface from the pen of George’s brother Ira Gershwin (1896–1983) that supplies the few essential facts about the composition of the Lullaby and remains available in an unaltered reprint edition of all the performing material by the Alfred Publishing Company of Van Nuys (California). 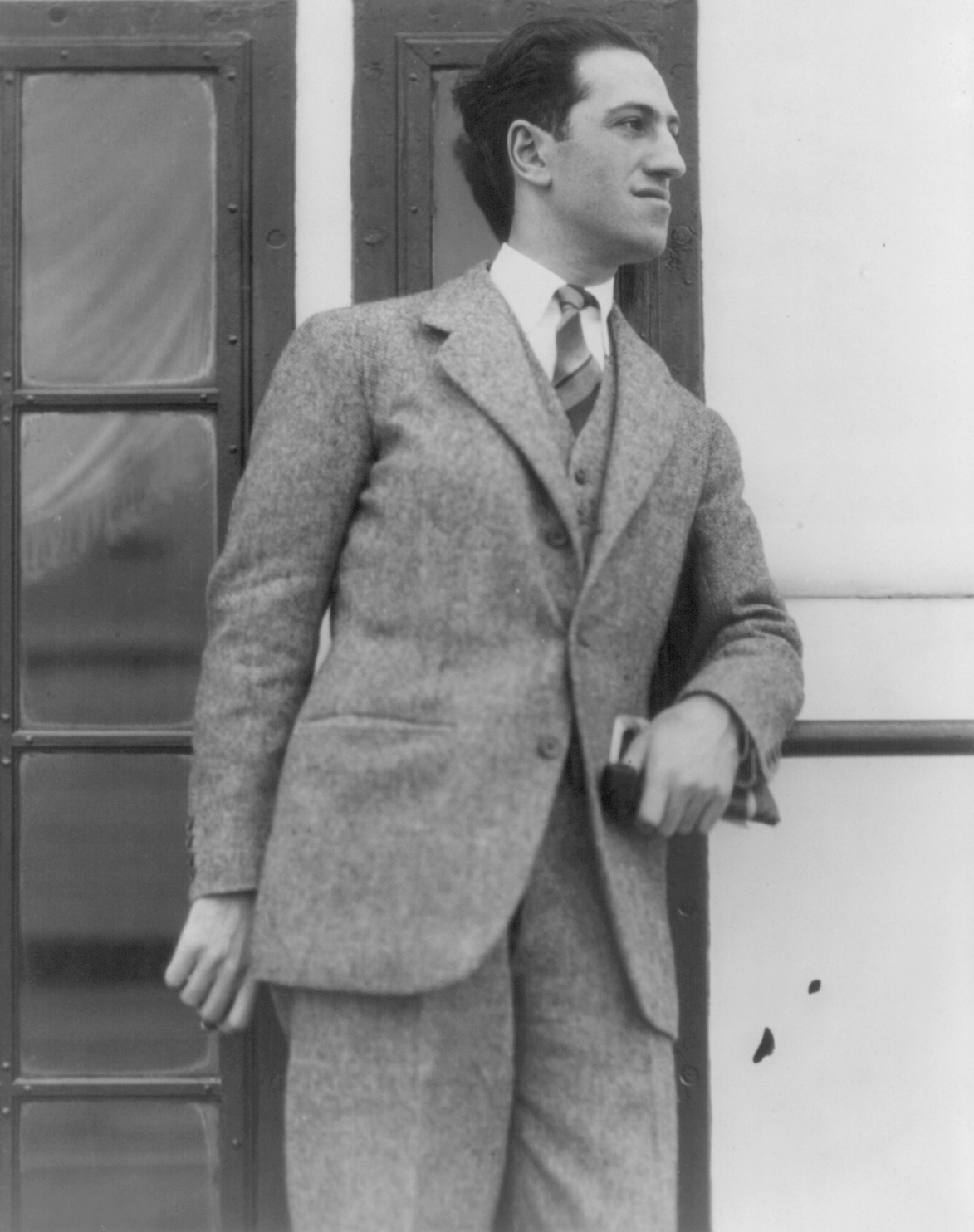 Gershwin probably wrote this string quartet movement as an exercise in composition and instrumentation during his studies with Edward Kilenyi, the Hungarian composer and violinist with the Waldorf­-Astoria Orchestra. His brother Ira gives 1919/20 as the time of composition, years during which George is known to have intensively studied composition in the “classical style”. Ira Gershwin reports: “As a quartet it was played in the next several months at a number of private musicales of his many musician friends before – sometimes after – they’d get down to the more serious business of classical quartets and quintets.”

The question must remain open regarding whether Gershwin first used the main theme of the movement as a song melody for solo piano. An autograph fragment containing measures 9 – 36 of the string quartet version survives for this instrument, but cannot be precisely dated. It gives the impression of an unfinished fair copy with subsequent corrections (along with one obvious, and deleted, copy error) rather than of a first notation of the piece, and clearly could also have been written down in this form considerably later than the string-quartet version. Regrettably, there is no autograph of the latter, just a copy of the parts made by an unidentified copyist (see the Comments at the end of our edition for information about the sources). 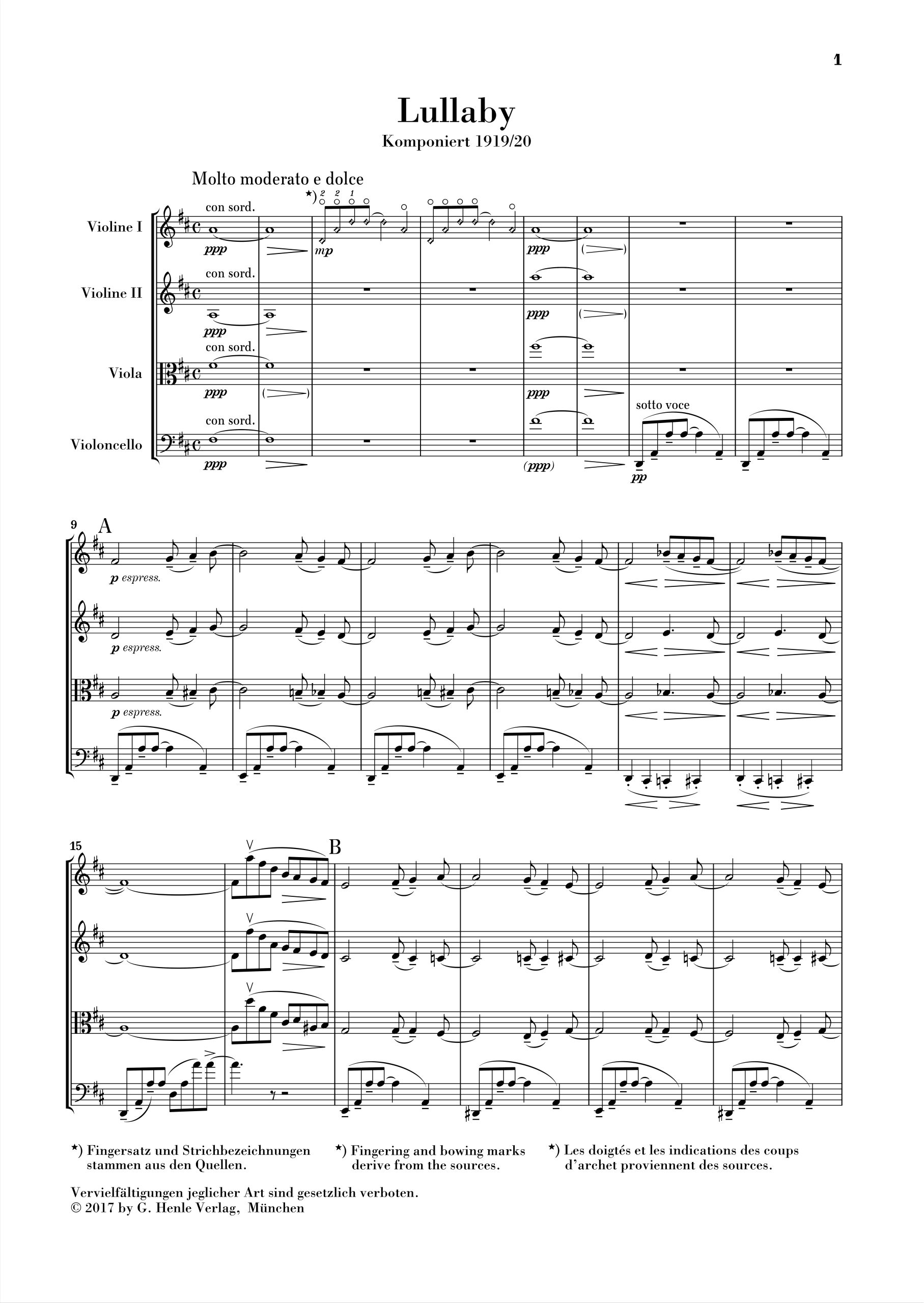 Gershwin was clearly quite pleased with its catchy melody, for he arranged it once more a few years later. As part of his music for the Broadway revue George White’s Scandals of 1922 he composed a short one-act opera, Blue Monday Blues, that quotes from the Lullaby and uses it as a source of musical inspiration – most obviously in the aria “Has Anyone Seen My Joe”. Ira Gershwin posits this borrowing of material from the string quartet movement as the reason why the composer later forgot about the piece, stating “I’ve no recollection of his ever mentioning it again”.

Harold Spivacke, former Head of the Library of Congress’s Music Division, gets the credit for bringing George Gershwin’s only chamber-music piece in its original version into the light of day, in 1967. Ira Gershwin, who was entrusted with the administration and organisation of George’s musical estate, sent Spivacke copies of the surviving performing parts in March that year, and Spivacke made them known to the Juilliard String Quartet. Thus began the justified success of this charming miniature. It was to be reserved for the Juilliard String Quartet to give the first public performance of the short quartet movement in the original instrumentation on 29 October 1967 at the Library of Congress.

“It may not be the Gershwin of Rhapsody in Blue, Concerto in F, and his other concert works, but I find it charming and kind.” I can only endorse this judgement.

One Response to »“charming and kind”: George Gershwin’s Lullaby«