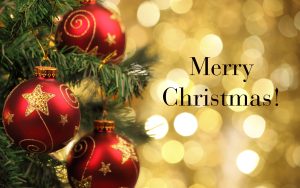 War, energy shortages, inflation – alas, no end to the bad news as the year is drawing to a close. At least, though, the Covid pandemic has subsided in large parts of the world, allowing normal musical life with concerts and stage-work performances to resume. Let’s hope that the last restrictions will be lifted next year, downgrading the pandemic everywhere to an endemic that, willy-nilly, we shall have to live with.

Apropos news, here’s something important for our blog readers: As of 2023, the Henle blog will appear monthly (instead of biweekly), on every second Monday in the month. The next blog post will be online on 9 January 2023. 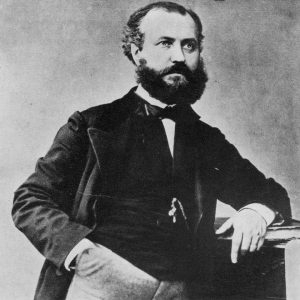 At Christmas time, the Christian world commemorates the birth of Christ, preceded by the Annunciation to Mary, the mother of God. The Annunciation text, the famous “Ave Maria”, has been set to music by numerous composers. The best known, unquestionably, is Charles Gounod’s setting that is, strictly speaking, a mixture of arrangement and new composition. For he took the C-major prelude from Bach’s first book of the Well-Tempered Clavier – certainly Bach’s best-known work in France around 1850 – and added a new melody of an undeniably operatic character.

As popular as is Gounod’s “Ave Maria”, little is known about its genesis. Contemporary witnesses would later like to recall that the melody had originated from an improvisation and that the initial composition for piano and violin had soon expanded into a choral motet. As a matter of fact, in 1853 Gounod initially published purely instrumental versions, including one for solo piano (HN 1301), under the title Méditation sur le 1er Prélude de J. S. Bach. Not until six years later, probably at the urging of the singer Caroline Miolan-Carvalho, was the “Ave Maria” text added. After its brilliant première in 1859,  Ave Maria. Mélodie religieuse adaptée au 1er Prélude de J. S. Bach quickly appeared in print – also, alongside the original orchestral version, in a version for voice and piano arranged by Gounod himself (HN 1012) – and thereafter began its triumphal march lasting to this very day. 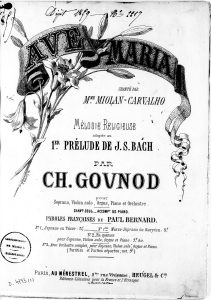 Again and again, famous singers did and still do take up the challenge of performing the melody with feeling but without sentimentality, with natural expression but without pathos – here, an example with Renée Fleming:

We wish our readers happy holidays and a good new year!