Arrangements have on occasion already come up for discussion in earlier blog postings. The reason for revisiting this subject is provided by the just-published new edition of
Claude Debussy’s Minstrels in the version for violin and piano (HN 1246).

Although the French composer adopted a rather critical attitude towards such new versions for other settings – and in fact, all the more so, the older he became –, transcriptions from Debussy’s hand have survived in astonishing numbers. One of the lesser-known arrangements of one of his own works concerns Minstrels, the
final piece in the first volume of the Préludes for piano, published in 1910. Crucial in this case was Debussy’s friendship with the violinist Arthur Hartmann. 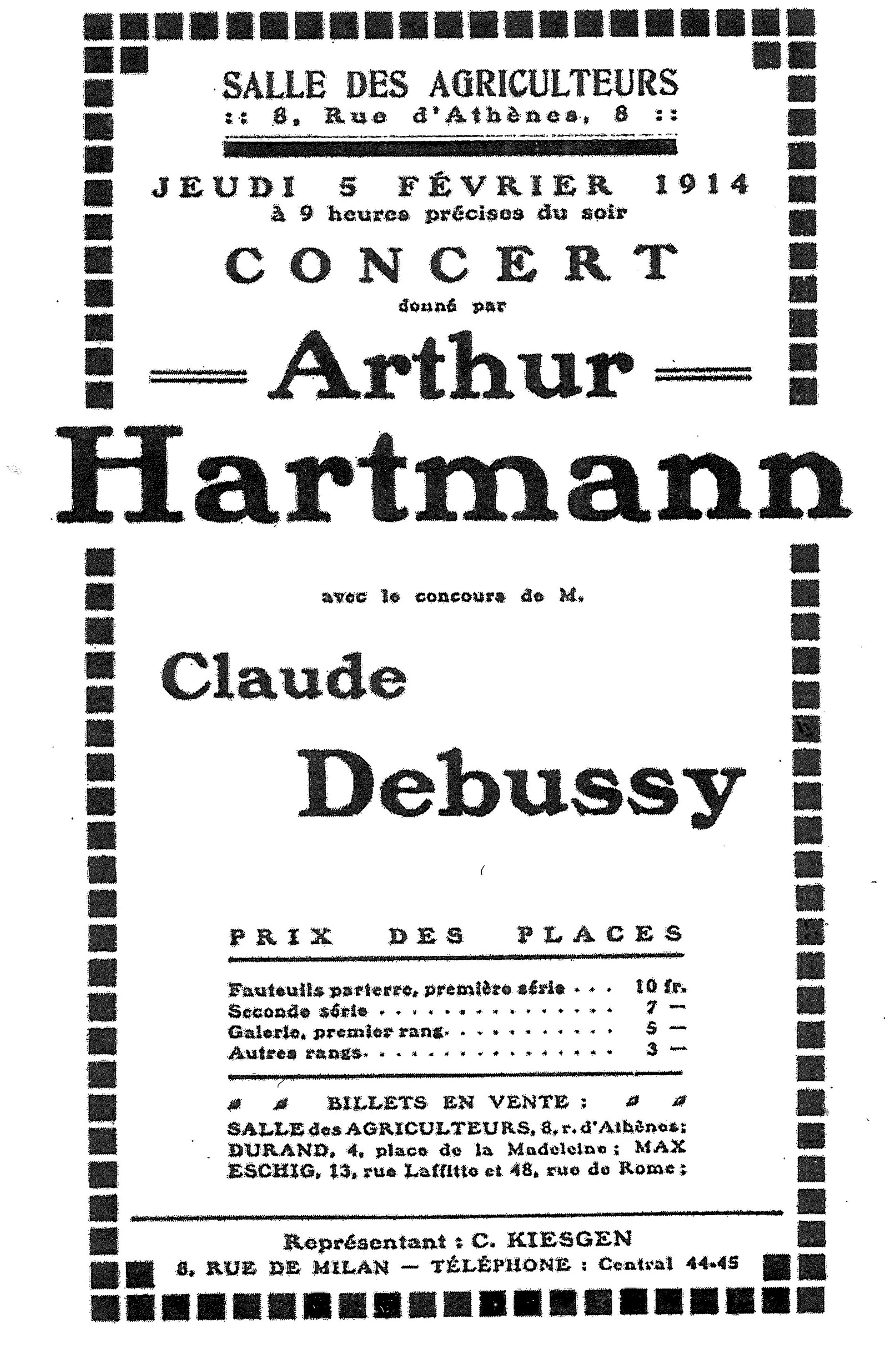 The immediate occasion arose from the joint concert on 5 February 1914, performed in which were also three of Debussy’s works for violin and piano: the lied “Il pleure dans mon cœur” from the Ariettes oubliées, as well as La Fille aux cheveux de lin and Minstrels from the first volume of the Préludes. According to the programme playbill, all three transcriptions came from Hartmann. And, an arrangement of Minstrels by Hartmann himself has actually survived in his estate. But heard in the concert was definitely the one by Debussy himself, evidently commissioned by the violinist specifically for this concert. A letter of Debussy’s states, namely: “You can count on me this coming 5 February […]. I am just now working on Minstrels, I’ll let you know as soon as it is finished.” And on the evening before, he had also made clear to his publisher Jacques Durand: “I did the arrangement of Minstrels; after the concert, that is, tomorrow evening, it will be at your disposal.” Confusion may have arisen from the fact that in the concert announcements and, as already mentioned, even on the programme playbill, all three of Debussy’s arrangements were advertised as “Transcriptions par [by] Arthur Hartmann”. Then later as well, the violinist ensured confusion when in his memoirs Claude Debussy As I Knew Him, first published in 1918, he maintained that the arrangement came from him, and that he had only let Debussy have it in order to help him in his financial straits.

Thomas Kabisch, the editor of our new edition, surmises that the joint revision of the violin part and the addition of the fingerings could have brought Hartmann to this erroneous assertion. These fingerings in the original edition are reproduced in our new
edition in the score’s violin part; enclosed in the edition, however, are as usual an unmarked violin part and a marked one for which Ingolf Turban is responsible.

Debussy’s arrangement goes well beyond a purely mechanical transcription of the musical substance of the original piano Prélude, for interventions are occasionally made in the original music text, and original solutions developed  – already pointing to the division of the head-motif in piano and violin – that put a new complexion on the composition. In this respect, available in Minstrels is an arrangement from the composer’s own hand that is of great interest for pianists as well as for violinists.

We recommend the recording of 1929 with Jacques Thibaud and Alfred Cortot to anyone who would like to experience the piece from two of the Greats of French music.